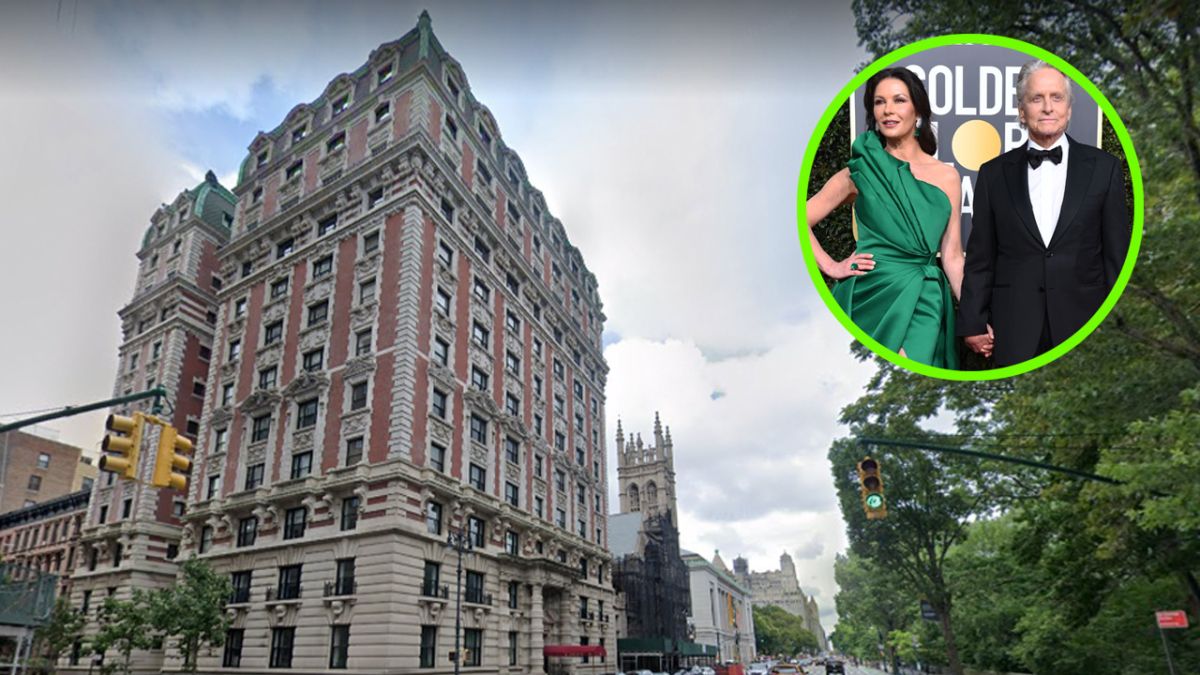 The couple made up of michael douglas and by Catherine Zeta-Jones He has been trying to get rid of it for six months. luxurious penthouse they own in Central Park, New Yorkbut for one reason or another they have not been able to sell it.

Initially, in July 2021, they planned to sell it in $21.5 million dollarsbut the lack of interested parties caused them to reconsider their position and decided to announce it in $19.5 million dollars.

The apartment is located inside the Kenilworth building, a construction that dates back to 1906, so it has great historical value.

The penthouse was decorated by the famous designer Thierry Despontwho was in charge of injecting his own style and boy did he succeed.

Inside, as we could see in the technical sheet released by various media specialized in the sale of real estate, it has four bedrooms, four full bathrooms and one half bathroom.

It also has a hall, a kitchen, a dining room, a living room, a main room, a library, an office, a laundry room, a warehouse, a bar, a wine cellar, two fireplaces, among other rooms. .

The kitchen is open and very spacious. It’s outfitted with white cabinets, high-end appliances, and still has room for a dining room table.

The main bedroom has more than enough space for a large bed and a living room. It also has a large walking-closet, as well as a bathroom with a double vanity, a toilet, a bathtub and a shower.

From the apartment you have enviable views of some of the most emblematic places in the Big Apple, so it would not be surprising that the offers begin to arrive in large numbers.

Residents have, in the common areas, a laundry room, a terrace on the roof area, a storage room, an elevator, as well as the service of a doorman 24 hours a day.

To see more images of the still home of Michael Douglas and Catherine Zeta-Jones, click here.

Video: This is what the mansion of Maradona’s parents looks like inside that nobody wants to buy