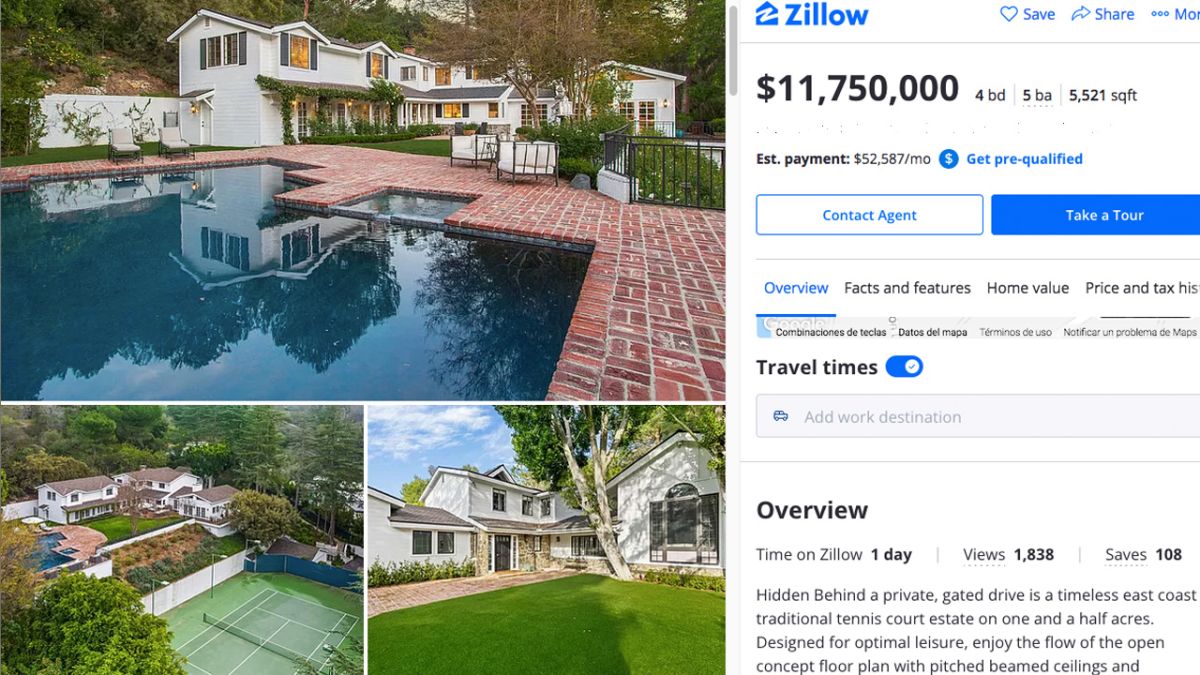 The model Kate Upton and the baseball player Justin Verlander they would be looking for hit the biggest home run of their lives, when it became known that they put up for sale their imposing mansion in the Beverly Hills area of ​​California.

The property, for which they paid $5.3 million dollars in 2016, it was launched on the market by $11.75 million dollars, so if everything goes as planned, they could sell it for double what they paid.

Before passing into the hands of the couple, the beautiful residence belonged to Mindy Peters, the ex-wife of Jon Peters, the producer of ‘Batman’, as well as former tennis player Pete Sampras and singer Kenny G.

According to the technical sheet, released by various media specialized in the sale of real estate, the property was built in 1976, but despite this, it looks like it did in its best times.

The kitchen is open and quite spacious. It is equipped with pitch black cabinets, high-end appliances, a center island for preparing meals and eating breakfast, as well as a dining area.

The main bedroom has more than enough space for a large bed and a living room. It also has a large dressing room and a bathroom with a double vanity, a toilet and a bathtub.

Outside, on his lot 1.55 acres, enjoys a terrace, extensive green areas, a swimming pool with its respective spa area, a tennis court, among other amenities.

In addition to attracting the spotlight for its rooms and amenities, Kate and Justin’s home also does so for its enviable location, with beautiful views of Benedict Canyon.

To see more images of his home in Beverly Hills, click here.

The sale of his California home comes months after we let you know that were building their dream home in Jupiter, Florida.

Get to know the mansion that César Millán, ‘The Dog Charmer’, is selling in Encino

This is the house of Carmen Muñoz, the presenter who antagonized Galilea Montijo