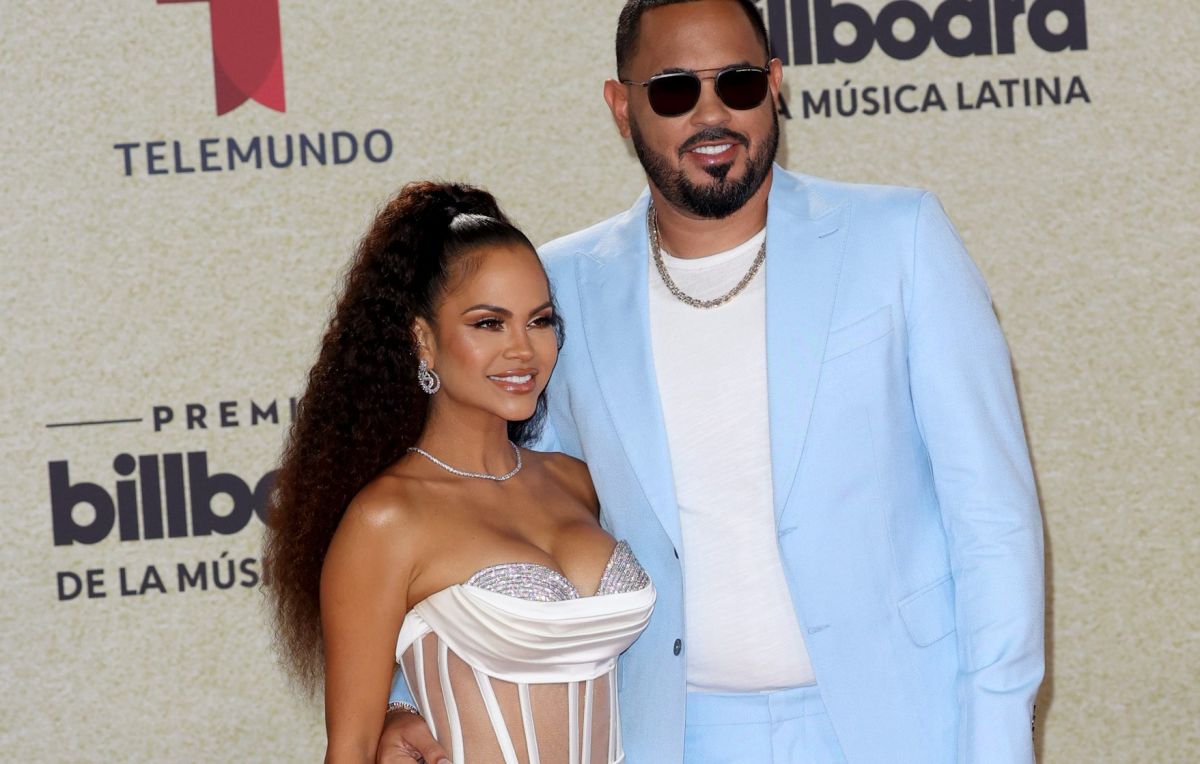 the music producer raphy pina43 years old and who has a daughter with the singer Natti Natashais going through one of the most complicated moments of his life, when it became known that He was sentenced to 41 months in prison for the crime of possession of weapons.

This hard news was received a few days after the birthday party of isabella lifeher daughter, who since she was born He has lived in the luxurious mansion that his parents acquired in Miami Beach at the beginning of 2021.

That property, in which they have all the luxuries that we can imagine, was bought by the couple with the purpose of seeing the youngest member of the family grow, so they hope to see that wish fulfilled.

The kitchen is open and very spacious. It is equipped with brown cabinets, high-end appliances and a central island that works for preparing food, but also as a breakfast bar.

Its dining room has a glass table with space for eight bottle green chairs, with a ceiling lamp and various plants.

The TV room is made up of a beige modular sofa, a “magic” rug, a wooden cabinet for your decorative items and a wall-mounted television.

The office, which is surrounded by beautiful plants, has a red desk, a gray sofa, some paintings and a wall-mounted television.

The main bedroom, from which you have a very nice view of the pool thanks to a large window, is made up of a large bed with a green headboard and coffee-colored side tables.

It also has a stool, a rug, a green living room, a wall-mounted TV, a large walk-in closet, and a bathroom.

The guest bedroom, which is where Raphy Pina’s older children usually sleep when they visit him, is made up of two single beds with gray headboards, a side table, a desk with its respective office chair, a chest of drawers and a a wall-mounted television.

The garden area has artificial grass, with various trees, a terrace, as well as a swimming pool with its respective spa area.

Outside they also enjoy a small kitchen with their respective barbecue area.

Its garden, as well as other rooms in the house, attract attention for its animal sculptures, among which the a lizard, a tiger, a panther, a horse and even a penguin.

The residence, which is distributed over two floors, has a private dock, which has been used by Natti and Raphi to take a few yacht rides or to practice various water sports.

‘Gossip no Like’ unmasks Mayeli Alonso: “She lives in a small apartment in a humble area”
Former mother-in-law affirms that Inés Gómez Mont has already returned to Mexico and is hiding in a house in Chiapas
Pepe Aguilar gets nostalgic and remembers the ranch life with Flor Silvestre, his mother
Do you remember her? This was the first mansion in which Eugenio Derbez lived after moving to the US.