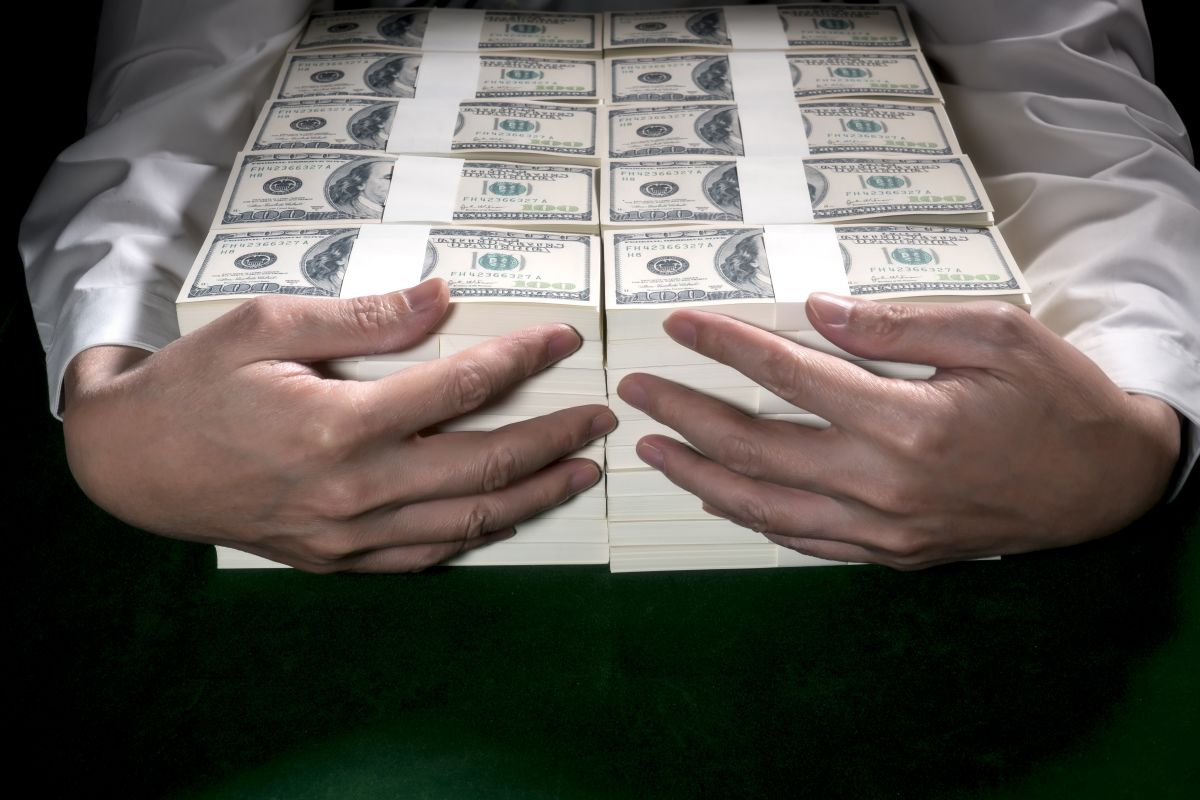 In the last big Mega Millions draw no one hit the jackpot, so it continues to accumulate millions and for the next Friday there will be a bag of $1.025 billion ($602.5 million in cash)marking the third time in the contest’s 20-year history that the jackpot has surpassed the magical $1 billion mark.

No one hit the jackpot but 9 tickets matched all 5 white balls to win the Mega Millions second prize. One, sold in Ohio, worth $3 million because it included the optional Megaplier (an additional $1 purchase available in most states), which was 3X on Tuesday night. Of the other 8 Match 5 tickets worth $1 million, 2 were sold in New Jersey and New York, plus one each in California, Florida, Illinois and Ohio.

Friday’s prize, as currently estimated, is just shy of the $1.05 billion jackpot won in Michigan on January 22, 2021. The record Mega Millions jackpot is $1.537 million, won in South Carolina on October 23, 2018; that prize remains the world’s largest lottery prize ever won on a single ticket.

There is a lot of expectation for the next Mega Millions draw, without a doubt that winning the jackpot will change the life of whoever is lucky enough to hit the numbers chosen by fortune.

Banking Rates revealed how they have changed the course of life of some winners and although at first everything is happiness, many stories end worse than they were before they became millionaires.

Here are some examples:

Jack Whittaker won a $314 million Powerball jackpot in 2002, the largest lottery jackpot in history. Whittaker worked in construction in West Virginia and is known to have started donating money to churches, waitresses, family members, strangers, and to local strip club dancers. The Lottery affected his life negativelyThey say that his wife left him, his house burned down, he came into conflict with the law, he lost a daughter to cancer and a granddaughter to drugs. In 2020, Whittaker died at the age of 72.

David Lee Edwards was a Kentucky citizen who won a $27 million jackpot, but 5 years later he was penniless and living in a storage shed with his wife. Both squandered the money on dozens of high-end cars, mansions and even a plane. In the first year they squandered $12 million of their fortune. By 2006 they were lost to drugs and 12 years after winning the lottery, Edwards died alone and sick at the age of 58.

Contestant Curtis Sharp won $5 million in the New York Lottery in 1982. Unfortunately, he was not only famous for his good luck, as he went from rags to riches quickly, although after a short time he returned to it, as his fortune was diluted by several failed marriages, visits to the casino, and reckless spending and donations.

Evelyn Adams was blessed twice, winning multi-million dollar prizes in New Jersey in 1985 and 1986, making her a fortune of $5.4 million. However, Evelyn was overwhelmed by her new status and she gave too many gifts to family members, she spent too much, she placed bets and she made bad investments. Adams ruined everything and had to move into a trailer.

After winning $16.2 million in the Pennsylvania Lottery in 1988, William “Bud” Post was broke when he died in 2006. A year after becoming a millionaire, Post already had a $1 million debt and strong conflicts with people close to him like his girlfriend, who demanded part of his earnings and like his brother, who hired a hitman to get rid of him. Post also complicated his existence by buying houses, boats, luxury cars and even a twin-engine plane, even though he did not have a license to fly.

The Alex Toth case notes that he died bankrupt in 2008 at the age of 60. He won $13 million in the Florida Lottery but squandered it all. Toth chose to receive the prize from him in annuities, which coincidentally were paid out in ominous amounts of $666,666. It is said that this winner separated from his wife, was charged with tax fraud by the IRS, and ended up in a mental institution.

This peculiar case happened in 1996. A man named Thomas Rossi was surprised to learn that his wife of 25 years wanted a divorce as soon as possible, even after they had a happy marriage. But later Thomas learned that the urgency was due to the fact that she had won $1.3 million in the California Lottery 11 days before and she was in a hurry to rebuild her life.. The case went to court and a judge ruled that Denise Rossi intentionally violated asset disclosure laws to hide jackpot winnings, so the judge awarded every penny of Denise’s winnings to Thomas Rossi.

This lucky winner beat one in 15 billion odds when she won $3.9 million and $1.4 million months later, playing the Pick Six lottery in 1985. Evelyn bet big and spread even more. But by the year 2000 she had lost everything and he eventually moved to a trailer park in Brick, New Jersey.

You may also like:
– Mega Millions or Powerball What is the situation if an undocumented person wins the prize?
– How many numbers you must match to win something in the Mega Millions
– Retired teacher won the lottery in North Carolina with the same numbers she played for 16 years