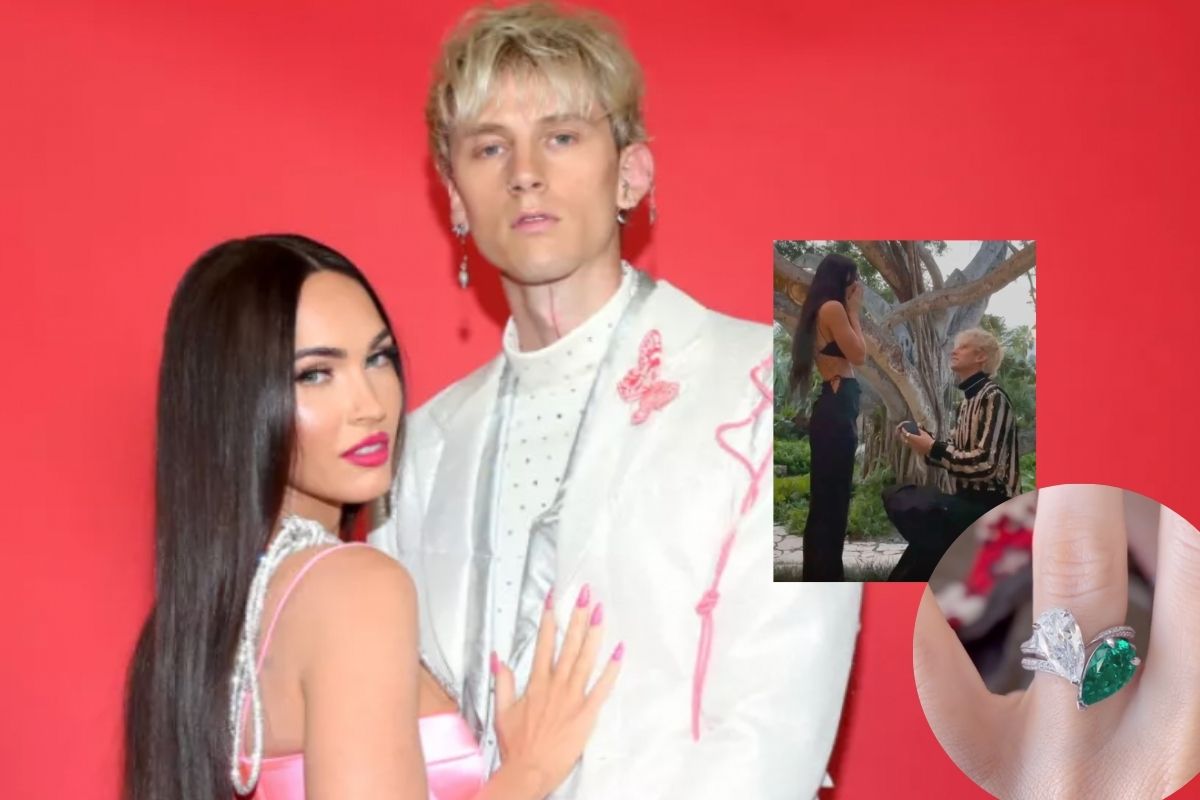 After more than a year of relationship, it was the rapper who decided to take the next step and, in the same place where they fell in love, He proposed to the actress.

Megan shared on her social networks a video in which you can see the precise moment MGK kneels on one leg while holding the ring in one hand; He asks if she wants to marry him and immediately, Megan kneels down, reacts with emotion and he says “yes.”

“Somehow, a year and a half later, after having walked through hell together and having laughed more than I ever imagined, he asked me to marry himFox wrote in his post.

This post also details that The proposal occurred on January 11 like the one Colson Baker shared, the singer’s name, with the video of the beautiful ring that he gave to Fox and a message that said: “Under the same branches in which we fell in love, I brought her back to ask her to marry me”.

Machine designed the ring with famous jeweler Stephen Webster: He opted for a two-stone piece that includes her birthstone, an emerald, and his, a diamond.

“I know tradition is one ring, but I designed it with Stephen Webster to be two: the emerald (his birthstone) and the diamond (my birthstone) set in two magnetic bands of thorns that are joined as two halves. of the same soul. Forming the dark heart that is our love ”, revealed the musician on Instagram.

Megan and MGK began to interact in 2020 during the filming of the movie “Midnight in the Switchgrass”, although they had already crossed paths years before during a party in which they do not remember seeing each other, but they are clear that they spoke briefly.

This would be the first marriage for Machine Gun Kelly, who has a daughter from a previous relationship. Fox was previously married to actor Brian Austin Green, with whom she shares three children.