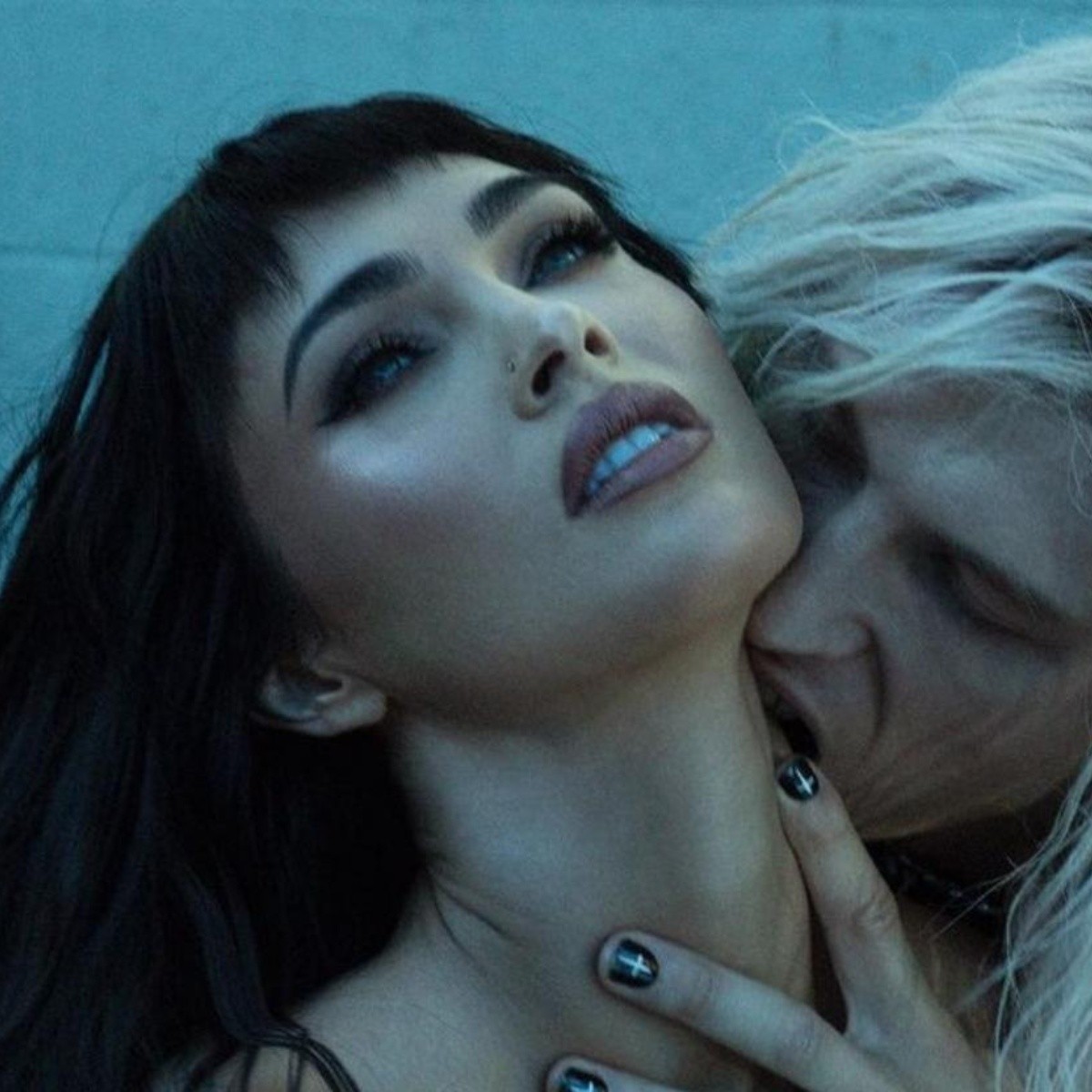 U.S.- Scandalous marriage proposal had Machine Gun Kelly with Megan Fox. The favorite couple of the American entertainment world recently announced that they got engaged on January 11, 2022, but in a very peculiar way.

Continuing with its curious and extravagant romantic details, Megan Reveals Machine Gun Proposed To Her Unexpectedly while enjoying a beautiful sunset, moment in which they decided to seal their love by drinking each other’s blood.

Through her official profile on Instagram, Megan Fox shared the exact moment of her marriage proposal, where she is seen next to her future husband and very excited when he kneels down to make the proposal, being completely surprised.

Machine Gun Kelly is also very emotional when he asks his future wife the most anticipated question, ending up sealing his love with a kiss on the lips after they said yes. Later, they drank their blood to make it even more special.

The moment in which they both drink their blood is not shown in the video, however, the actress and model revealed it when making the publication: “And then we drank each other’s blood”, he confessed in the publication that exceeds 19 million views within hours of its release.

“We asked for magic. We did not know the pain that we would face together in such a short and frantic period of time. Unaware of the work and sacrifices that the relationship would require of us, but intoxicated with love. And karma”, can be read at the beginning of the post from Instagram.

Later the model adds: “Somehow, a year and a half later, after having gone through hell together and having laughed more than I ever imagined possible, he asked me to marry him. And as in all lives before this one, and as in all the lives that will follow, I said yes”.

just in 2020 Machine Gun Kelly and Megan Fox They exchanged glances on the recording set of Midnight in the switchgrass, then collaborated on a rapper project and it was at that moment that the rumors of their relationship began. In the same year they were seen together as a couple and since then they have been the sensation of the entertainment world.

Read more: Who is Laura Londoño the Colombian who is sweeping the Netflix series Café con aroma de mujer