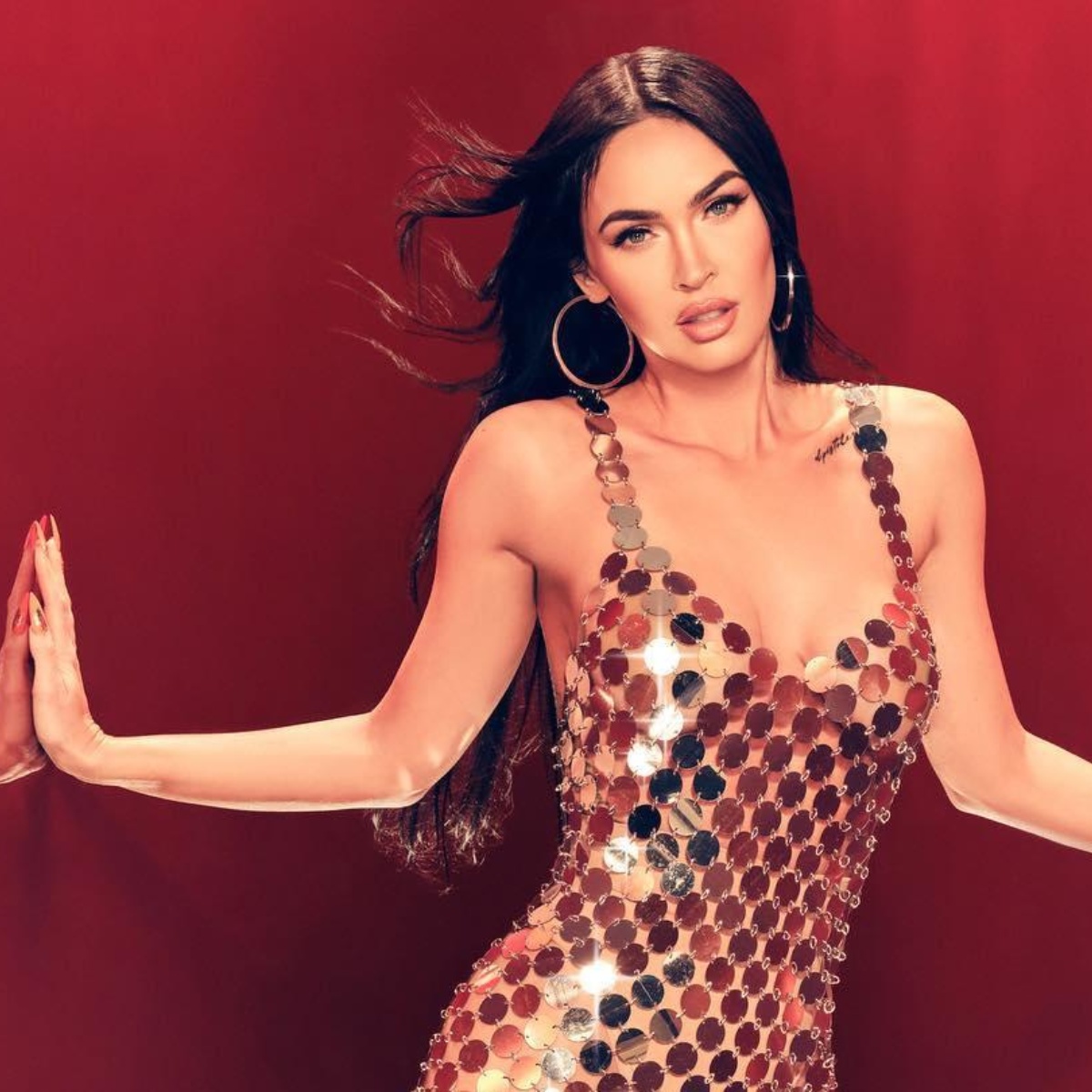 Margot Robbie is a beautiful actress who was chosen to star barbie movie and the first images of what it looks like have already been revealed, but Megan Fox did not want to be left behind and has recently joined the trend of wearing pink.

It turns out that the beautiful Megan Fox was captured by paparazzi dressed in a metallic latex outfit that highlighted her toned figure and that It was enough to steal all eyes throught social media.

On this occasion, actress Megan Fox wore a halter neck crop top and a pencil skirt with an adjustable drawstring at the center. She completed her look with strappy sandals and a tiny bag with sparkly appliqués.

As if that were not enough to round off her look, she showed off her perfectly straight pink hair, blue pupils in her eyes, pink blush on her cheeks and a perfectly achieved color liner.

It should be remembered that Megan Fox and Machine Gun Kelly have been engaged since the beginning of the year, but have clarified that they still do not celebrate any religious or legal ceremony, but simply call each other “wife” and “husband”.

For his part, the rapper told Entertainment Tonight that calling Megan Fox “girlfriend” “feels too adolescent” for the depth of their relationship: “I don’t [no estamos casados]. I am on tour this year, when necessary, the universe will open up and give us the space to do it, ”she said of the wedding.

IT MAY INTEREST YOU: Megan Fox and Machine Gun Kelly are engaged

Megan Fox, 35, shared a video of the moment MGK took a knee with the caption: “In July 2020 we sat under this banyan tree. We asked for magic. We did not know the pain we would face together in such a period of time. short and frantic”

“Somehow, a year and a half later, after we’d been through hell together and laughed more than I ever imagined possible, he asked me to marry him. And as in all the lives before this one, and as in all the lives that will follow, I said yes… and then we drank each other’s blood,” she added.

They are now together in Taurus, a movie that is based on the life and experiences of Machine Gun Kelly. It is directed by Tim Sutton and tells the story of “a struggling but rising musician who spends his days and nights searching for the inspiration to record his next song,” according to Deadline.

It should be noted that this is the second movie starring MGK and Megan Fox together, as they met while recording the movie Midnight in the Switchgrass, with Bruce Willis. They will also appear together in Good Mourning, written and directed by MGK and Mod Sun.