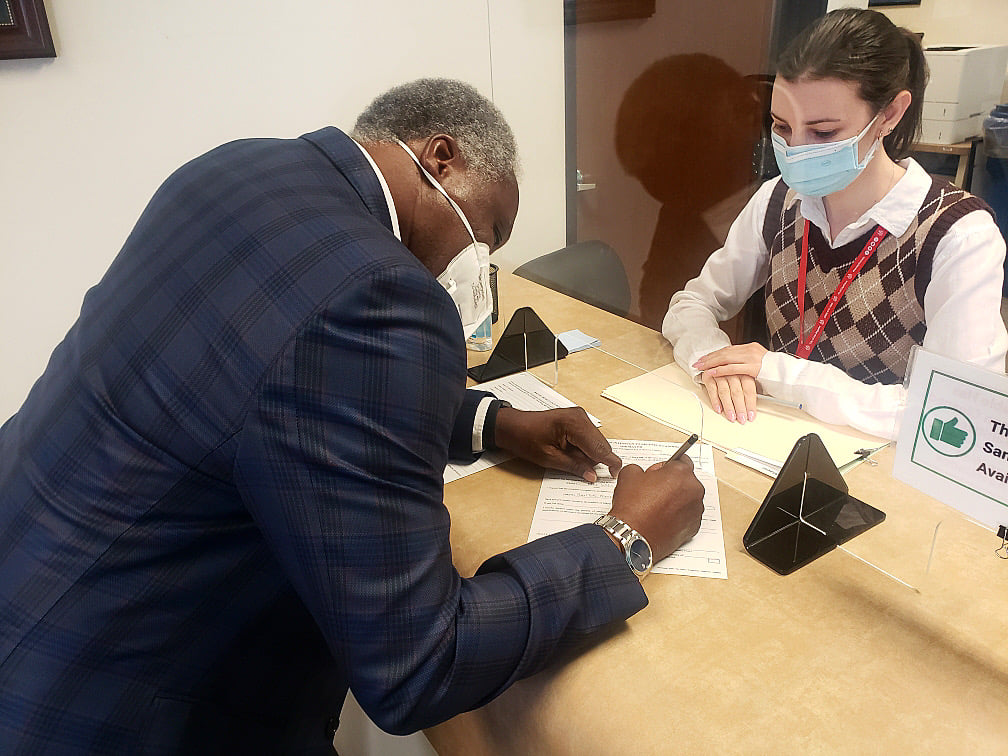 Mel Wilson, the San Fernando Valley real estate developer running for mayor of Los Angeles, said the difference between him and the other candidates is that he is not a career politician.

“I am the best prepared to be mayor, because I am a small middle-class businessman who has fought all his life. when i became All American Football Player It was because I worked so hard.”

He asserted that none of those running for mayor of Los Angeles have been in a capacity that truly serves the middle class.

“We have a billionaire who doesn’t care about us. A lot of my friends and myself can’t shop at their malls, because there’s nothing we can afford to pay for.”

He added that many of the elected officials have not kept their promises to solve the problems, just wasting money.

“I have served with three different mayors and have experience in housing. The main problem in this city is the lack of access to a home, and homelessness is the result.”

He emphasized that we have to bring back businesses, which cannot give good wages because they are taxed too high.

Wilson was born in Alabama, but moved to Los Angeles with his mother, grandmother and other relatives when he was 10 years old.

In an interview with The opinionrecounted that in his native Alabama, he worked in the fields, picking cotton for $2 a week and a few coins.

In Los Angeles, her mother made a living cleaning houses for $12 a day.

Against all odds, he graduated in 1977 with a bachelor’s degree in Business Administration from Cal State Northridge (CSUN).

At 63, Wilson went back to college for a master’s degree in housing because, he said, he wanted to know why home prices were so high.

“I did my master’s thesis on how to create affordable housing for middle-class workers and millennials in Los Angeles. So I have the solutions.”

But he also notes that he knows how to work with people, and has been appointed and endorsed by Democrats, Republicans and independents.

“I’m not a partisan, but I know how to get the job done and how to bring people together.”

He recalled that when Antonio Villaraigosa invited him to be part of the METRO Board, he made him see that if he wanted Los Angeles to be a world-class city, they needed a train connection and transportation corridors in the San Fernando Valley.

What made you decide to run for mayor with so many problems we have?

“We have great people in Los Angeles, but the money is being wasted. Homelessness is out of control. The rent is too expensive. People pay half their wages or more on house rent. The electricity and water bill is very high. Childcare, medical bills, student debt is too expensive, and the middle class is hit the hardest.”

What is the difference between you and the rest of the candidates?

“I grew up in the San Fernando Valley. I went to San Fernando High School already Cal State Northridge. I have been married for 48 years. I was a soccer player All-Americanthe first in the history of the university, but I was also among the 50 most outstanding students of the business school”.

But he also said he has owned a real estate business for 44 years, in which time he has created good jobs.

“Most of my staff are Mexican and from El Salvador; and most of my clients speak Spanish.”

He has dedicated his life to selling homes, primarily to first time buyers. “I grew up speaking SpEnglish because my clients speak a little Spanish and a little English. And not only do I feel very comfortable with the Latino community, but I am part of them.”

And even though he didn’t know his father, some men have made a difference in his life like his uncle Bob Juárez, whom he met at age 10 when he came from Alabama, and was with him until he died 10 years ago.

Wilson was president of the Pacoima Chamber of Commerce.

“I have fought housing discrimination and gentrification for 40 years; and I have helped thousands of workers to become homeowners”.

“I served on the METRO Board when the Red Line, Green Line, Orange Line and Purple Line were built, and I fought hard for the San Fernando Valley to have a train line.”

And he is also proud to have fought when he was president of the Pacoima Chamber of Commerce for the construction of a shopping center, jobs and for turning the area into a zone business.

“After demonstrating, we managed to be the first zone business of the city of Los Angeles to obtain tax credits for employers and employees.

He concluded by saying that he has fought for the middle class and small businesses like no one else.

“Career politicians wake up every day and make promises they don’t keep and don’t do their job.”

He made it clear that as mayor he will fight for Los Angeles to be a safe city, with affordable housing, subsidies for child care and programs for after school and for hiring high school students part time, and for small businesses. .

“I want to help cut the gases that cause global warming and for more electric public transport and I am going to hire 1,500 officers to patrol and 350 health workers.”