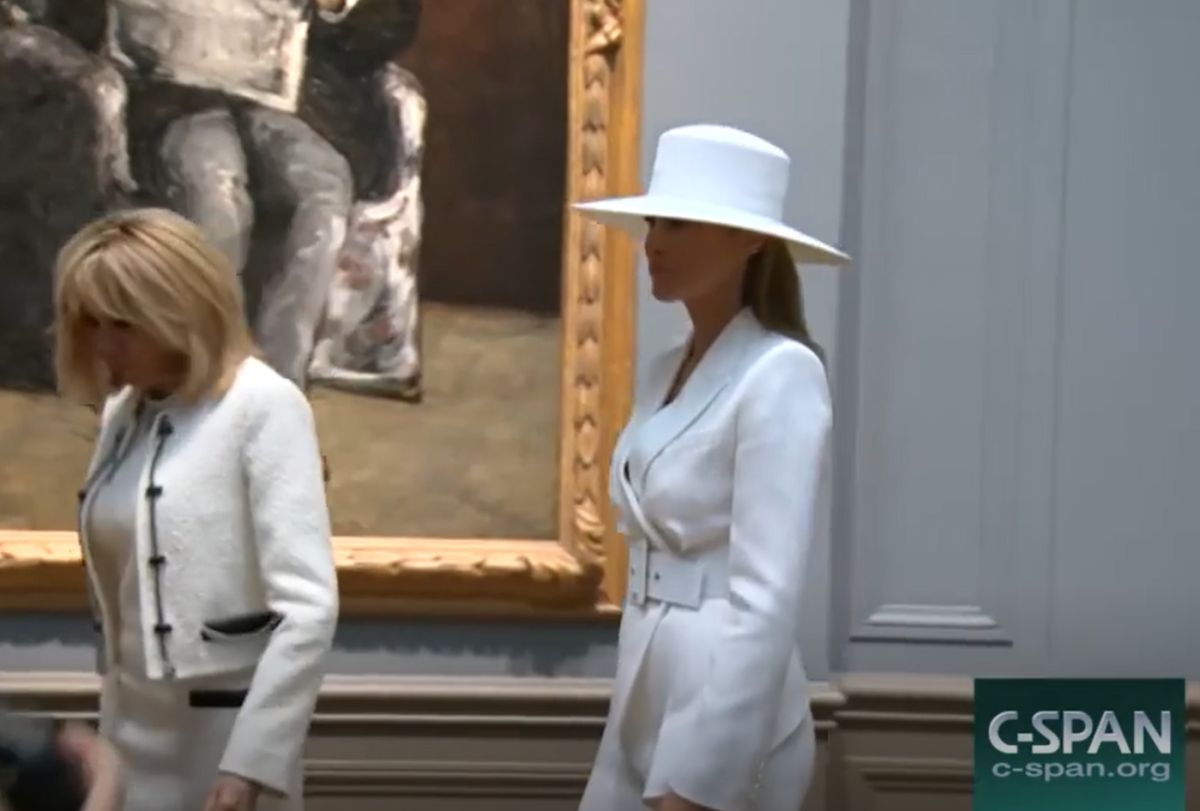 Former first lady Melania Trump is looking to raise at least $ 250,000 with an auction she has called “historic”, in which he will offer digital paintings and a white hat, but which has already sparked controversy on social networks.

The former first lady’s office announced Tuesday that former President Trump’s wife would launch the online auction, which will be dubbed the “Head of State Fundraiser.”

According to the statement, among the products there are “three important and unique items that are autographed,” referring to outfits worn by Melania Trump in 2018 at the White House during the official visit of French President Emmanuel Macron and his wife, Brigitte Macron.

“Mrs. Trump recognized this important moment for the country and, consequently, a lot of consideration was put into planning,” says the auction that ends on January 25.

Also included is an original watercolor painting by Marc-Antoine Coulon.

It was anticipated that part of the auction proceeds will be used for educational purposess, focused on technology issues.

“(It will) give people who have been in the foster care community access to education in computer science and technology,” Trump’s office said.

“Melania Trump deciding which of the ‘unresponsive’ jackets to sell at auction,” considered user @japitter. The tweet is accompanied by a drawing about the former in reference to the famous jacket with the caption: “It doesn’t matter to me, does it matter to you?”, Which she wore during her visit to a center in Texas for migrant minors.

Another user questioned whether the money goes to charity. “We know how the ‘charity’ of the Trumps works,” said @lisekimhorton, who considered that the money would go to the pocket of the Trumps.

User Walter O’Reilly posted some Playboy “bunny” ears and reminded Melania: “Don’t forget to auction off this other hat.”