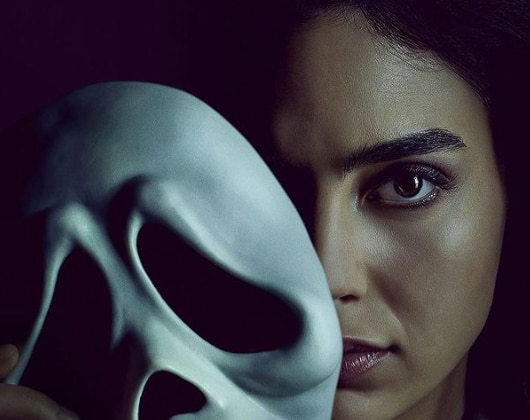 ANDToday the first official poster of Scream 5, the iconic horror story that for 25 years has kept the murderer “Ghostface”As one of the most relevant horror and suspense films. So far, the film has a tentative release date next January 14, 2022.

In the official poster you can see the actress Melissa Barrera, one of the protagonists of the new film, to the front next to personalities Courteney Cox, David Arquette and Neve Campbell who returns to play their iconic role as “Sydney prescott”.

The first synopsis came out along with the first trailer, and Melissa Barrera shared it on her Instagram account along with a short description: “Is happening again”He wrote in the video.

“A woman returns to her hometown to try to find out who is committing some heinous crimes.” The most staunch fans of the saga will see many similarities with the plot of ‘Scream 4 ′, which introduced us to Sidney Prescott (Neve Campbell) returning to Woodsboro, where a new Ghostface attacked a new generation of adolescents ”, can be read in the contempt of the synposis.

Melissa Barrera surprised all the followers of her career when in agosto 2020 was known about his participation in the film directed by Matt Bettinelli-Olpin and Tyler Gillett; and of which it pretends to be a continuation of the famous franchise, directed by Wes Craven that grossed more than $ 600 million worldwide, making it one of the most profitable sagas in horror movies.

For the interpreter from Monterrey, Nuevo León, being in a film as transcendental as it is scream it has been an honor. Last October he had the opportunity to speak with various media to give his impressions and his feeling of being able to participate in the new story of the famous murderer, “Ghostface”.

“It is really ‘cool’ to be part of this incredible saga that we are all fans of. Continuing this story is something very exciting, “he told various media in a virtual press conference.

It is worth remembering Barrera’s first steps in the entertainment world, her debut in the national medium was within the music industry in 2011, when she was one of the most notable participants of the iconic reality show on TV Azteca, The Academy in its ninth generation.

Thanks to her talent, the Monterrey woman made her way into the world of dramatic art and tI had the opportunity to star in the love story broadcast by the same television station, Always yoursa with Daniel Elbitar.

Later, thanks to the taltene shown in various TV Azteca productions, had the opportunity to join the hit series Crows club, from Netflix, where shared credits with Luis Gerardo Méndez and Mariana Treviño.

Later he starred Life, a three-season series where he gave life to a woman who, along with her sister, faced challenges in Los Angeles after discovering family secrets. His most recent acting work was when Barrera participated in In the neighborhood, a film that premiered simultaneously on the platform HBO Max.

In which Netflix project will Mexican actress Melissa Barrera participate

Who is Melissa Barrera, the actress who will star in “Scream 5” with Courteney Cox