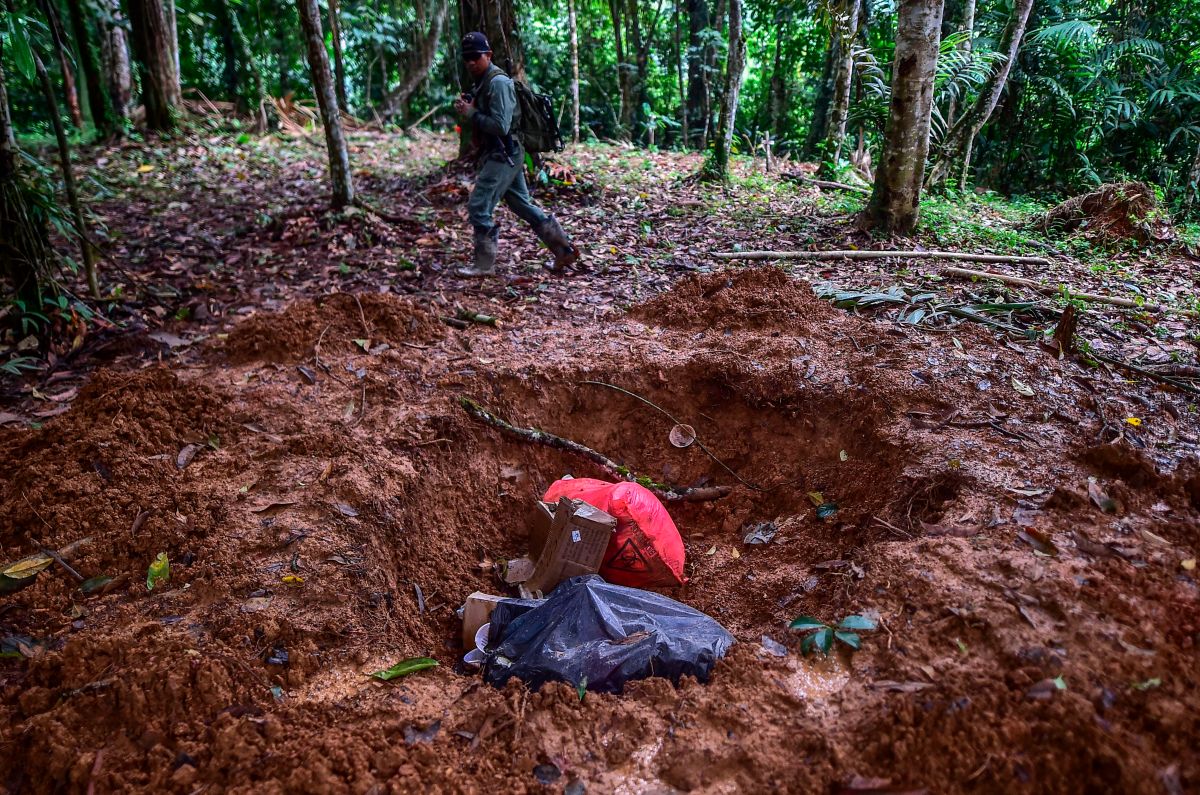 In January 2020, the bodies of seven people were found buried in an indigenous area of ​​Panama controlled by an alleged religious sect. The fatalities were a pregnant woman, five of her children and another minor.

The massacre that shocked the world originated from acts of a religious sect that carried out an exorcism on the victims in the Ngäbe-Buglé region, in northwestern Panama.

Almost two years from that moment, Abdiel González and Jossafat González, participants in this multi-homicide, were sentenced to 47 years in prison for the massacre.

On November 15, the defendants heard the verdict to punish their crimes of deprivation of liberty, femicide and aggravated intentional homicide, after both men accepted their responsibility for the alleged acts.

According to the Public Ministry, six men and one woman, detained for their alleged involvement with multiple crimes, underwent an oral trial before a court of conscience to decide, after hearing the evidence from the parties, whether they are guilty or not what is pointed out to them.

At the time it was reported that those accused of the massacre were members of an indigenous sect called “The New Light of God”. and that one of the detainees was the grandfather of the minors.

The Panamanian Prosecutor’s Office recalled that the victims in this case were six children between the ages of 1 and 17, as well as the mother of five of them, a 32-year-old woman who was pregnant. “They died as a result of the multiple blows they received to the body with bibles, machetes and sticks, after having been subjected to a ritual justifying that they had demons that they had to get rid of,” the Public Ministry said in a statement.

After the massacre, the special forces that traveled to the place after complaints from the neighbors rescued 15 people, of them at least 7 minors, who were kidnapped and subjected to the same exorcist rites that led to the death of the seven victims. for which they presented injuries that warranted their hospitalization.

Read more:
Video: 10 people are left hanging from a bridge in Mexico
Mississippi executes man for killing wife and raping stepdaughter
Terror at children’s party, commando breaks in and kills 6 people; mom and a girl among victims