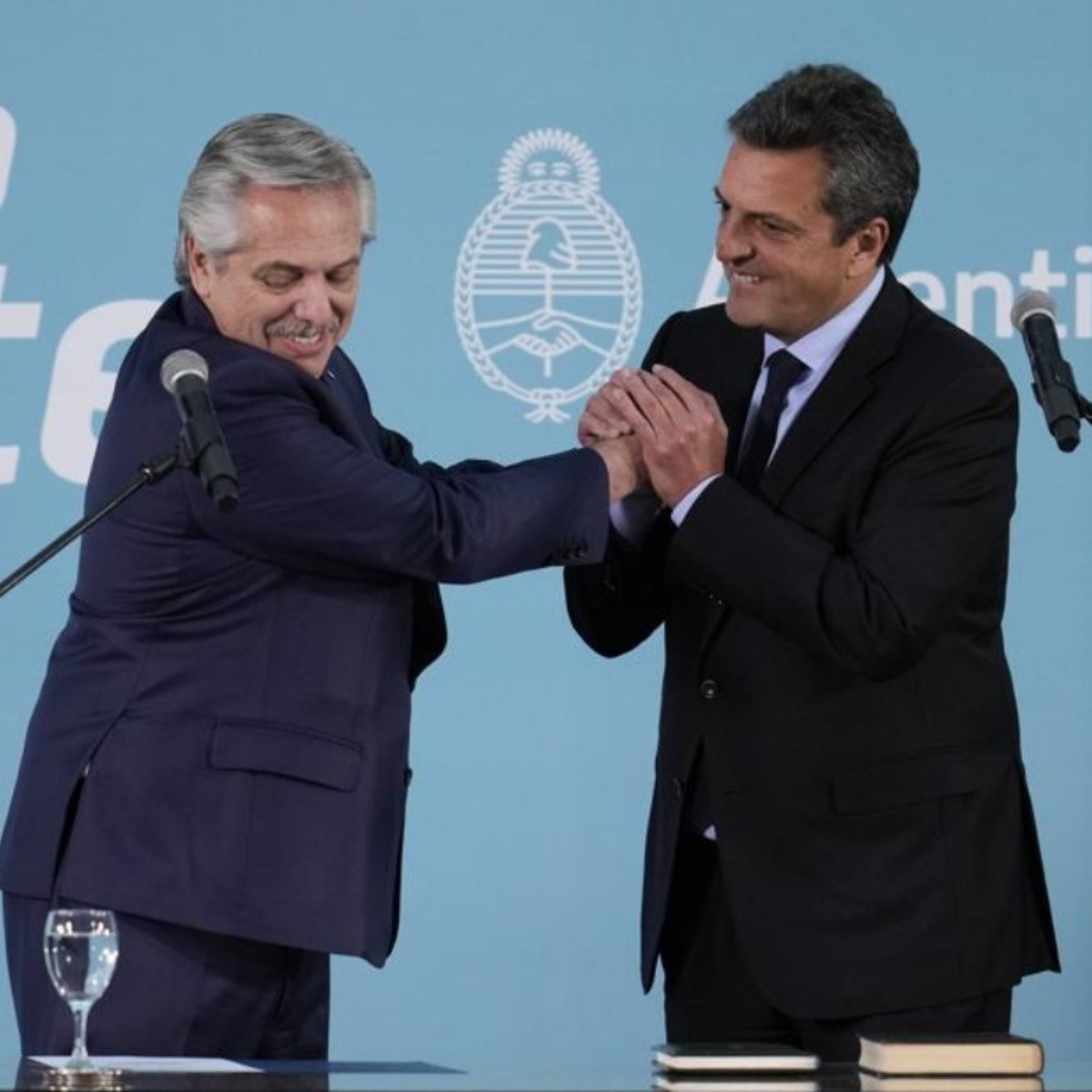 The markets reacted on Thursday with some positive signs to the measures of the new minister of Economy Serge Massa to reduce the fiscal deficit, while combative social groups of Argentina they questioned his plan considering that it would imply a strong adjustment and the opposition considered it imprecise and ineffective.

The Argentine peso It was revalued against the dollar that is quoted in the informal market and measures the economic uncertainty in the local market. The price of the currency closed at 291 pesos per unit compared to 297 the day before.

Massa He took office on Wednesday with a market-friendly speech, by proposing the recomposition of the Central Bank’s diminished reserves, a reduction in the deficit and the end of the monetary issue in the remainder of the year.

The official, who was head of the Chamber of Deputies and will assume control of the areas of Economy, Production and Agriculture, is the bet of President Alberto Fernández and his Vice President Cristina Fernández de Kirchner -of Peronism- to face an economic crisis that has hit the government and has drastically reduced his popularity.

But Massa’s words did not sit well with the leftist and Peronist parties and social organizations that have distanced themselves from the government and demand an increase in the income of the impoverished sectors, affected by a inflation of more than 60% per year, one of the highest in the world.

“Massa is a man from the establishment who works for big capital, for the interests that represent the payment of the debt,” Eduardo Belliboni, leader of the Partido Obrero, told The Associated Press. As he pointed out, the minister “comes to rescue the government from the political crisis with the same method that led us to this disaster of almost 50% of the population below the poverty line.”

For its part, Together for Change, the main force of the opposition, pointed out that the minister announced very general measures that “in no case come to form an economic plan and do not constitute an economic stabilization program, which is essential and It must be immediate.”

Economic analysts consulted by AP said that Massa – close to business leaders and with well-established contacts with the United States and credit organizations – seems to show a commitment to cut spending and meet the goal of a 2.5% fiscal deficit established for this year in an agreement with the International Monetary Fund with which Argentina refinanced a debt of some 45,000 million dollars.

“It seems that the vice president in particular was frightened by how reserves fell in July, how inflation shot up… the government is more scared and willing to take more unpopular measures,” said Camilo Tiscornia, director of C&T Economic Advisors.

The endorsement of Fernández de Kirchner -president between 2007 and 2015- was necessary for the arrival of Massa to the government. However, the position of the vice president – more prone to state intervention in the economy – raises questions about whether she will clash openly with the new minister.

According to Tiscornia, the “most solid” of the measures announced by Massa was a higher than expected cut in subsidies for electricity that would be expanded to gas and water services.

However, other measures were imprecise, especially those related to curbing inflation.

“The announcements seem short, they are enough to contain and try to prevent the rise in prices from spiraling and return to 4% or 5% (monthly),” Tiscornia said.

According to Víctor Beker, from the Center for the Study of the New Economy of the University of Belgrano, “facing an inflationary process of the magnitude of the current one, which threatens to reach 100% per year, requires a comprehensive plan made up of a set of fiscal, monetary, , exchange and income coordinated and simultaneous. And this one does not appear for now.

Analysts questioned that Serge Massa neither did he give details on how he is going to increase the reserves of the Central Bank or what his exchange policy will be, despite the fact that he warned that he will avoid a devaluation.

“Beyond the clarifications that investors are still waiting for, seeking that the measures are not isolated but part of a comprehensive plan, attention will shift to the soon progress in correcting fiscal, monetary and exchange imbalances”, said the economist analyst Gustavo Ber.