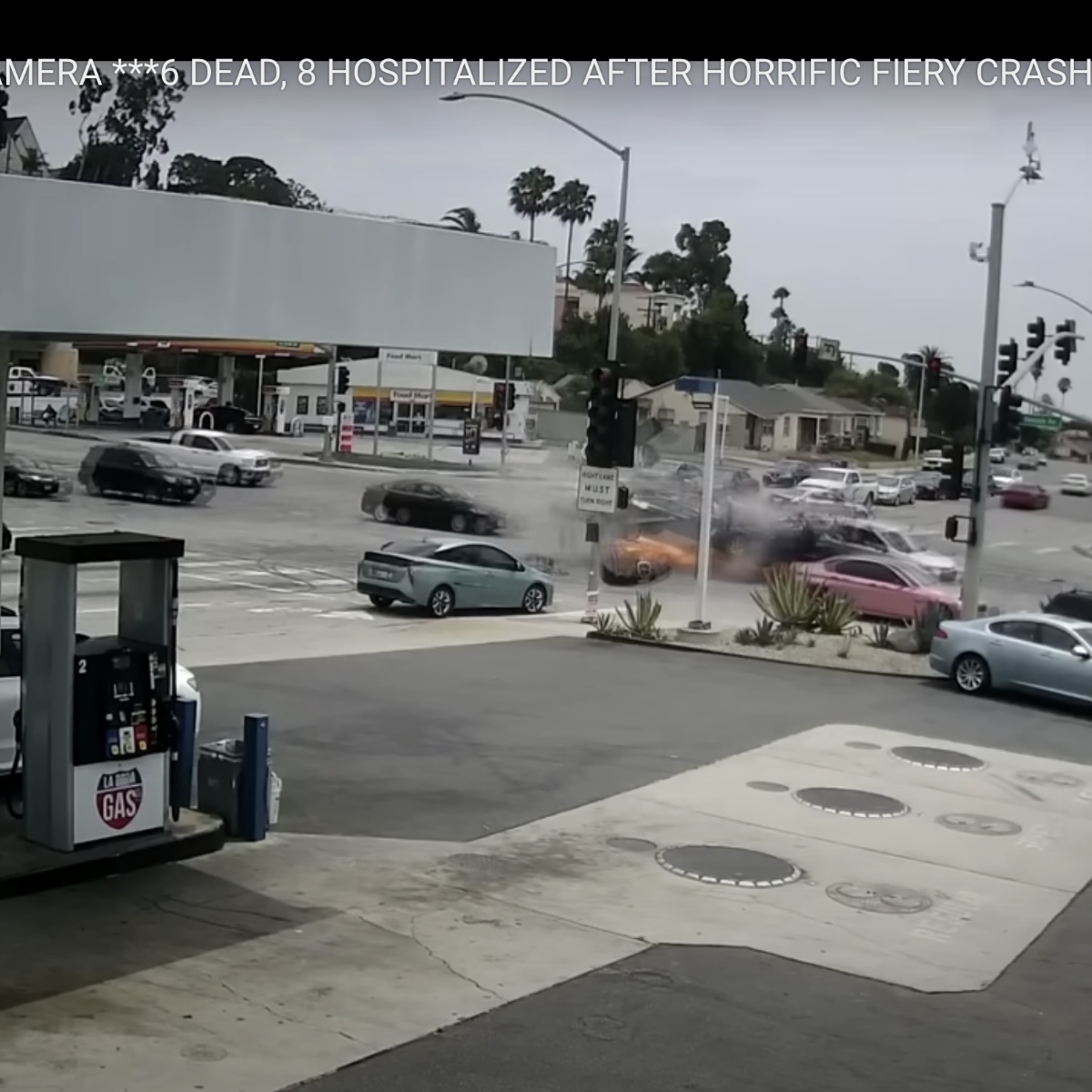 In recent days there was a strong car crash in Los Angeles, California, when the driver of a mercedes benz car passed a stop for speeding and hit two more vehicles to later start a fire and cause the death of at least five people.

It all happened exactly on Windsor Hilss, at noon on Thursday, August 4; the black car unexpectedly collided with two cars that were completely destroyed, as indicated to AmericanPost.News.

There are adolescents among those killed by the accident itself that went viral and became relevant in social networks due to the impact of the situation, since everything happened right in front of a gas station.

According to the US authorities, five people lost their lives as a result of the strong car accident, including a child and a pregnant woman, and nine others were injured, including the woman who caused the tragedy.

Eight of the injured were taken to different hospitals and everything was recorded by the security cameras in the area and it is clearly observed how the Mercedes Benz passes the stop and causes everything.

“According to the latest reports we have, the driver of the Mercedes who was traveling at high speed is a 40-year-old woman.”

“I have no other information as to name, or where he resides. Other than that, she is still cared for by doctors and nurses at Ronald Regan UCLa Westwood.”

It may interest you: Journalist discovers live that his son died in a car accident

How are car accidents classified?

There are several types of accidents; the departure of the road, the fixed crash, rollover, fire and others; in this case it was a strong impact that ended in fire and left at least five people dead.

The authorities remain in a detailed investigation, although the first version indicates that the woman who was driving was drunk.