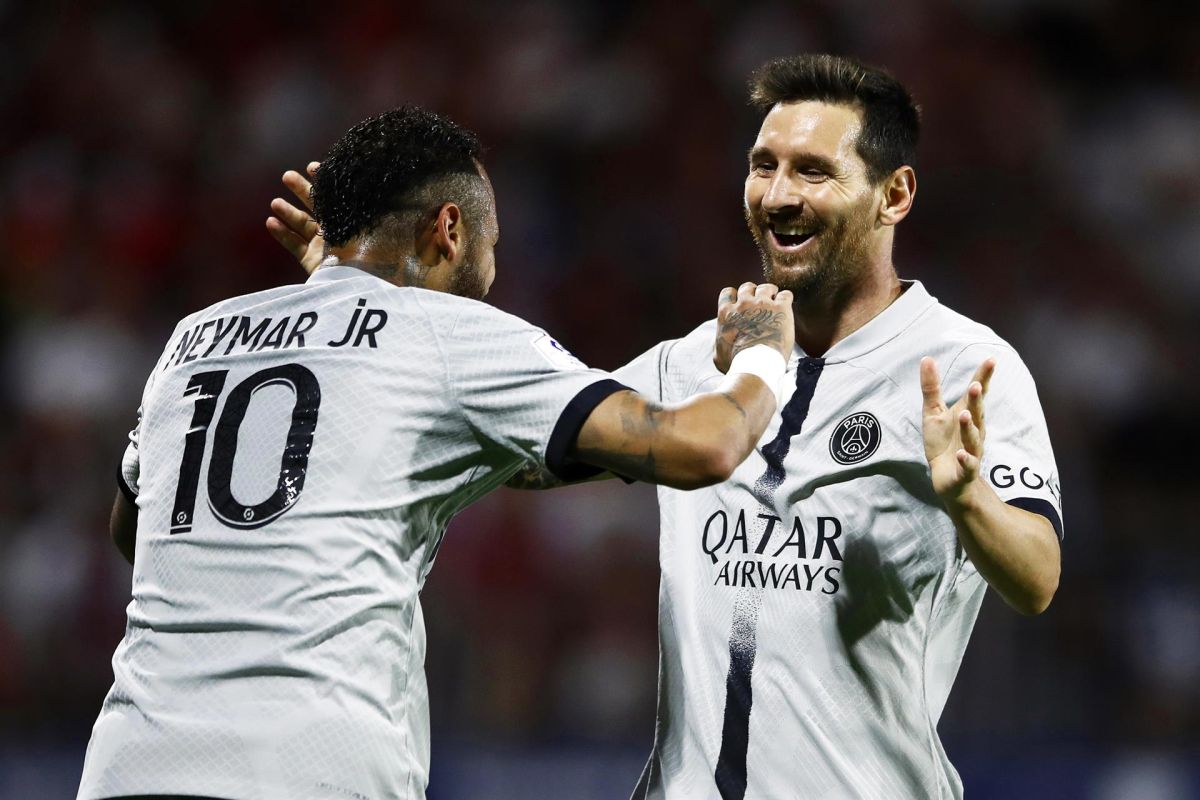 In an edition in which the clear favorite is Karim Benzema (Real Madrid), the list of the 30 nominees for the Ballon d’Or to be awarded on October 17 was today more news for those absent than for those present: for the first time in 16 years the Argentine Leo Messi will not be there.

Nor the Brazilian Neymar, a regular on the list of candidates and third best player in 2015 and 2017, and, for the first time since 2004, three world soccer powers (Spain, Argentina and Italy) did not place a single representative.

Countries with the most Ballon d’Or nominees

On the other side of the coin, Portugal stood, who managed to get four representatives: Joao Cancelo (Manchester City), Rafael Leao (Milan), five-time Ballon d’Or winner Cristiano Ronaldo (Manchester United) and Bernardo Silva (Manchester City), below the milestone of 2004 (five). The same as France (Benzema, Christopher Nkunku, Mike Maignan and Kylian Mbappé).

In his 2021-2022 season, his debut at PSG after a life at Barcelona, ​​Messi scored six goals and gave 15 assists in 26 league games and scored five goals in seven Champions League games.

To those discreet numbers for what the Argentine usually produces, there is a traumatic elimination in the round of 16 of the Champions League against Real Madrid. Kylian Mbappé, colleague of Messi and Neymar at PSG, did sneak into the 30 chosen.

Only few contenders for the Ballon d’Or repeat today

Regarding the 2019 edition, before the pandemic, the renewal of candidates has been remarkable: only Benzema, Kevin De Bruyne, Mahrez, Robert Lewandowski, Mbappé, Mohamed Salah, Sadio Mané and Cristiano Ronaldo repeat.

This kind of revolution can be attributed to the new election criteria announced for this 2022 edition. From now on, the season (August-July) counts more than the calendar year and individual results prevail over collective ones.

In addition, the number of journalists who vote is reduced from the current 170 to 100, and more weight will be given to reporters from the highest ranked nations in the FIFA ranking.

The list will not only be established by the journalists from France Football and L’Équipe, but also the Ivorian Didier Drogba, Ballon d’Or ambassador, and the journalist whose vote was the most insightful in the previous edition (2021).

Regarding the competition between clubs, the English Premier dominates unequivocally. City tie with six representatives each, including Erling Haalandand Liverpool (not counting Sadio Mané, who left for Bayern Munich).

Real Madrid placed five candidates (Benzema, Courtois, Modric, Vinícius Júnior and Casemiro), which would be six if Antonio Rudiger is added, at Chelsea until June.

The other Spanish club with candidates is Barcelona, ​​with only one, Lewandowski, who, however, owes this presence more to what he did at Bayern Munich, where he played until two months ago.

You may also like
. He does not want Cristiano Ronaldo for being “old”: the curious video of Florentino Pérez closing the doors of Real Madrid to CR7
. They have not registered him: Andrés Guardado would be practically ruled out to play the first day with Betis
. Thibaut Courtois: “The last three finals we have kept a clean sheet”