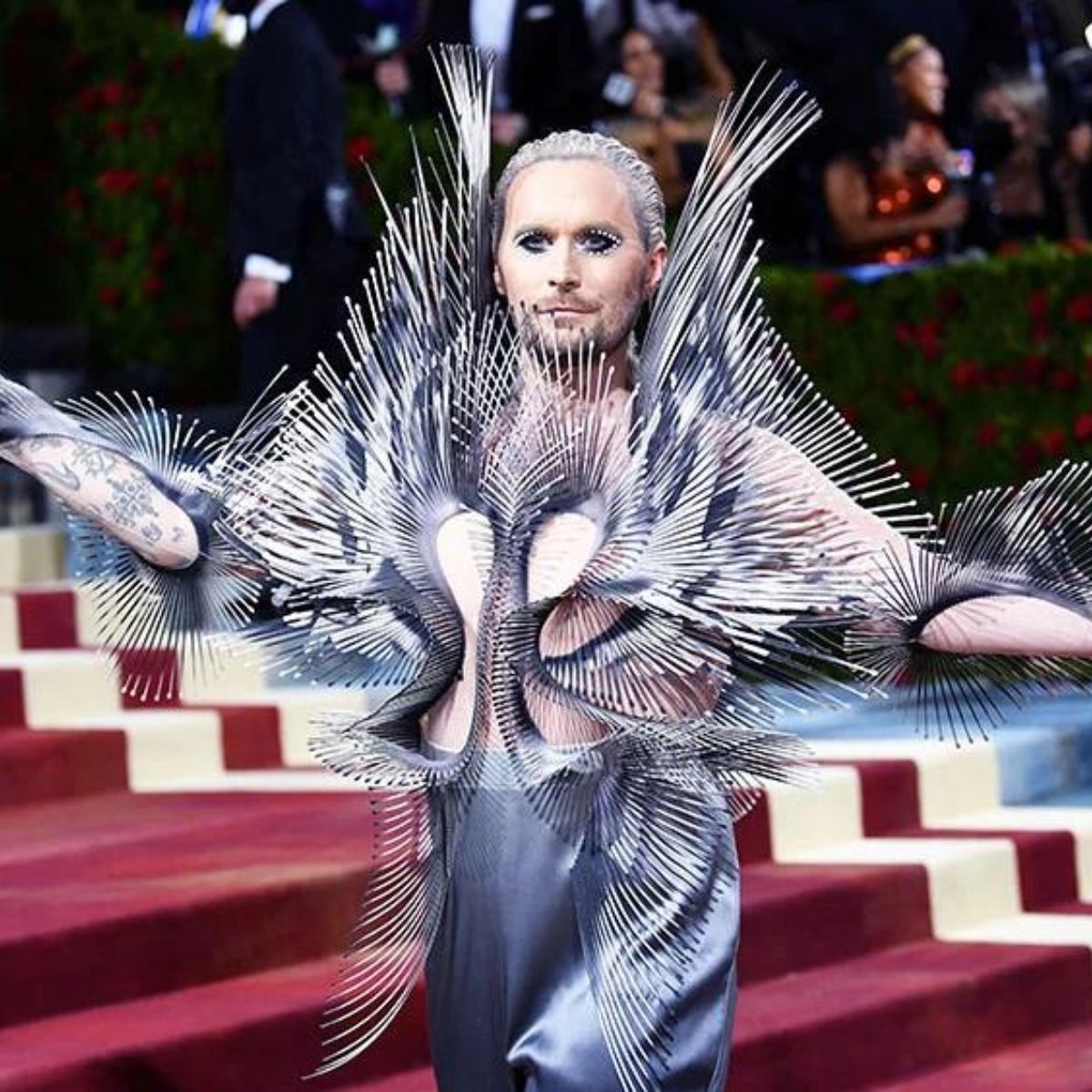 Today is the first Monday of the month of May, which means that the 2022 edition of the Met Gala from the Metropolitan Museum of Art in New York, an event that brings together the celebrities of the moment in a waste of fashion and haute couture. However, who has stolen glances is Jared Letowho modeled a very bizarre outfit.

The founder of 30 Seconds to Mars walked the red carpet wearing a silver garment with waves of the same color, possibly inspired by sea creatures. It should be noted that this design belongs to the Dutch brand Iris Van Herpen, whose futuristic style has allowed her to earn her place in the fashion industry.

The choice of the also protagonist of ‘Morbius’, whose film has been considered the worst in Marvel history so far, caused a great sensation among his loyal fans. However, there were those who claimed that this outfit does not correspond to this year’s theme.

As we mentioned at the beginning, the outfit chosen by the actor and singer for the 2022 edition of the MET Gala did not go unnoticed by netizens, who gave flight to the imagination to create funny memeswhich have caused a sensation in all social networks, mainly on Twitter.

From comparing it to a lionfish and an alien to qualifying it with the expressions of Miranda Priestly, a popular character played by actress Meryl Streep for the film ‘The Devil Wears Prada’, fans have judged this lookjust as they have done with all the celebrities who attended this important fashion event.

According to information circulating on the Internet, which AmericanPost.News brings to you, the theme of the MET Gala 2022 is ‘Gilded Glamor and White Tie’ and seeks to reference America’s Gilded Age. Let’s remember that this event opens the exhibition ‘In America: An Anthology of Fashion’ at the Metropolitan Museum of Art in NY.