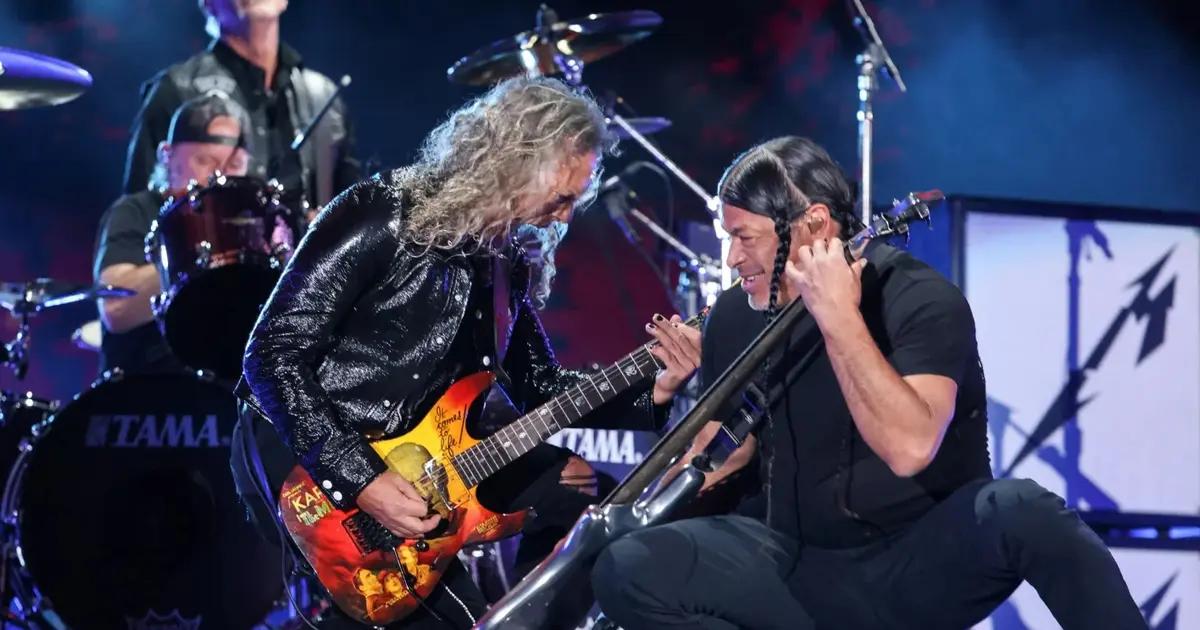 The U.S. band Metallica announced new dates in Mexico for its M72 World Tour. According to official information, the most famous metal band will return to the country with four dates for the year 2024 and will have special surprises for their fans as they announce different guests in their shows.

M72 World Tour will be at the Foro Sol on September 20, 22, 27 and 29, 2024 and will open with two different opening bands: Greta Van Fleet, Five Finger Death Punch. In addition, Mammoth WVH and Ice Nine Kills are expected to perform.

According to the group’s official account, the pre-sale for CitiBanamex users will be on December 1, 2022, while the general sale will begin the following day. However, fans of the 80s band will have other opportunities to buy tickets: Venta Fans Legacy and Venta Fans Fifth Member will allow them to purchase tickets on November 30, 2022, from 9 to 11 a.m. and 11 to 2 p.m.

The band, formed by Lars Ulrich, James Hetfield, Kirk Hammett and Robert Trujillo, announced the start of their new tour for next year. According to the official poster of the M72 World Tour, the band will start with the shows on April 27, 2023 in Amsterdam and will end in Mexico City in September 2024 with four dates at the Foro Sol.

The tour of the most famous metal band will last more than a year and a half and is expected to visit approximately 22 cities during the entire tour, such as Hamburg, Madrid, Paris, Munich, Chicago and more.

M72 World Tour was announced at the same time as their new album release called 72 Seasons, which will be available on all platforms starting April 14, 2023. The U.S. band’s 12th album already has a song on platforms called Lux Aeterna, which so far has 9 million 14 thousand plays on YouTube and 132 thousand 821 Likes.

The news about the return of the 80’s band to Mexico surprised fans who used social networks to talk about the news and the memes did not take long to arrive. And although ticket prices have not been announced, internet users have already estimated they will not be cheap.

Other people showed their excitement and enthusiasm for Metallica’s new tour. However, they have also shown their disappointment with the wait since Mexico City will be the last place where the band will present their shows.

And the metal band will not only play the new and old songs that have characterized them but a great show is also expected for their guest bands that will open together. According to the information Greta Van Fleet and Mammoth WVH will open the concert on September 20 and 27 and for the dates 22 and 29 it is expected to see Five Finger Death Punch and Ice Nine Kills.

The last show given by the band, originally from San Francisco in Mexico, was on March 5, 2017, where they performed 3 different nights at the Foro Sol with a very well-known guest of the rock scene Iggy Pop.