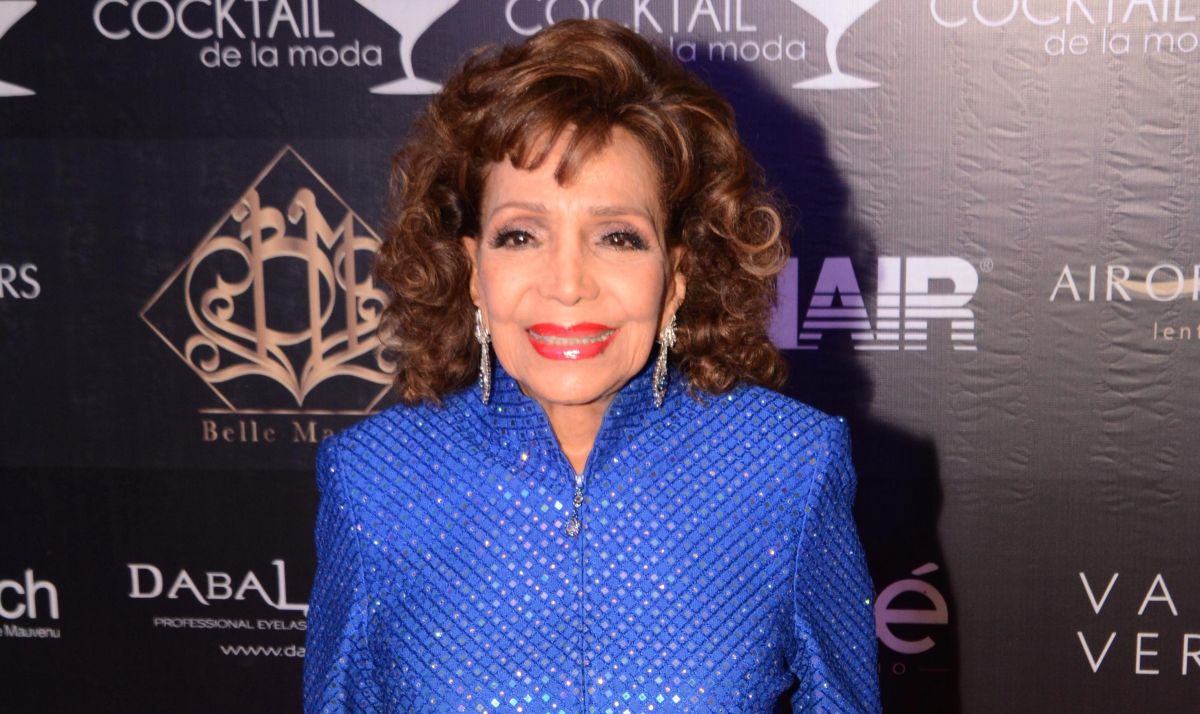 Mexican actress Maria Victoria, 88 years old, was captured by the media on her arrival at the Basilica of Guadalupe to sing the mañanitas to the Virgin of Guadalupe, of whom she is very devoted. There, the ‘golden cinema’ star had to ask for help from two people to walk, however, despite being offered a wheelchair, she denied. And it is that he recently suffered a very serious fall.

Regarding the production that will tell the story of her life, the actress mentioned that there is nothing concrete yet, since they are still in talks, besides that she wants Aracely Arambula or Salma Hayek star it. These statements were made for the program “Sale el Sol.”

Also read:  Photos: "This happened to me for not leaving a tip", narco Halloween decorations cause alert

María Victoria Gutiérrez Cervantes was born in Guadalajara on February 26, 1933 She is remembered for playing the character of “Inocencia Escarabarzaleta Dávalos Pandeada Derecha” in the movie “La criada bien criada” (1972). He participated in films in Mexico and Spain, until completing about 40 films, among which are “Monte de piedad”, “Serenade in Acapulco”, “Lost love”, “Port of temptation”, “Theater women” and ” Only once ”, among others. The most recent thing that María Victoria did was launch her collection “The music of my movies” at the end of 2013.

Ángela Aguilar copies the look of the Mexican Diva

Also read:  Through social networks they reported the news

The singer wore on the stage of an event, organized by the Latin Recording Academy, with a tight and daring dress, which attracted the attention of her millions of fans for her style that seems to pay tribute to the divas of the Cinema of Mexican gold.

A charity concert was held in which multiple stars sang their versions of the classics of the singer Rubén Blades, who is honored as Person of the Year 2021 by the Latin Recording Academy, in charge of delivering the Latin Grammy.

“Ligia Elena … a true honor to sing such an iconic song by maestro Ruben Blades on her special day. Thanks to Latin Grammys for another opportunity full of love.”, wrote on her Instagram account the beautiful singer of songs like “There where they see me” and “In reality.”

Also read:  Omar Basurto alias El Brackets, the narco of the Northeast Cartel who presumes a relationship with a transgender man

Undoubtedly, the young woman attracted the attention of many at the event with her outfit, because she dressed very elegantly a blue dress in satin fabric, which stands out for its tight, cornet-like design, like those made famous by the actress María Victoria, who like Angela was characterized by showing off her waist.