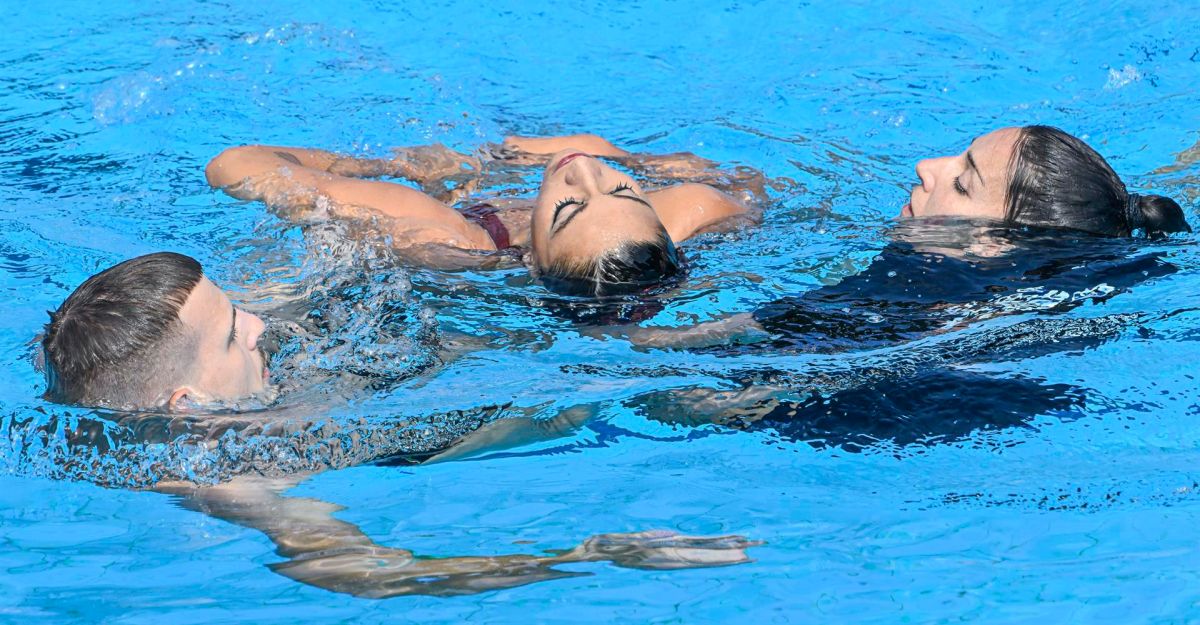 The decision on the presence or not of the Mexican-American Anita Álvarez on Friday in the artistic swimming team final of the World Cups in Budapest will take it between the swimmer herself and “the expert medical staff” of the national team.

This was reported by the American artistic swimming team in a statement made public on social networks about Álvarez, who on Wednesday had to be rescued from the water by her coach, the Spanish Andrea Fuentes, after fainting.

“Seeing yesterday’s medical emergency of two-time Olympian Anita Álvarez was heartbreaking for our community.. Anita put in an exceptional solo performance and has brilliantly competed in four preliminaries and three finals over the six days of Worlds 2022,” notes USA Artistic Swimming.

Anita Álvarez has been thoroughly evaluated

“Anita has been evaluated by medical staff and will continue to be monitored. She already feels much better and takes advantage of today to rest. Whether or not she competes in the free team final on Friday, June 24, will be determined by Anita herself and the expert medical staff,” she adds.

The planned line-up of the American team still includes Anita Álvarez, of whom Andrea Fuentes already stated hours after the rescue that she was perfectly and so the doctors had accredited it.

The American team was eighth in the preliminary round this Wednesday in the morning session, also with Anita Álvarez in their formation. The swimmer of Mexican origin disputed the solo final in the afternoon and was seventh; At the end of her exercise, which she completed normally, it was her when she suffered the incident.

Andrea Fuentes the heroine of the moment

Andrea Fuentes, winner of four Olympic medals with Spain and later coach of the United States, jumped into the water As soon as he verified that his swimmer was faint, he pulled her out of the bottom of the pool before the lifeguard arrived. Fuentes later also helped revive her.

The social networks of the Spanish coach have been flooded with messages praising the speed with which she reacted and “saved Álvarez’s life” and that they consider her “an angel”.

. Mexican-American swimmer Anita Álvarez vanished in the middle of the Budapest World Cup competition and had to be rescued by her coach
. The moment they save the swimmer Anita Álvarez after fainting in the pool during the Swimming World Cup
. Ukrainian Olympic medalist reveals that he thought of killing his Russian colleague for the invasion of his country