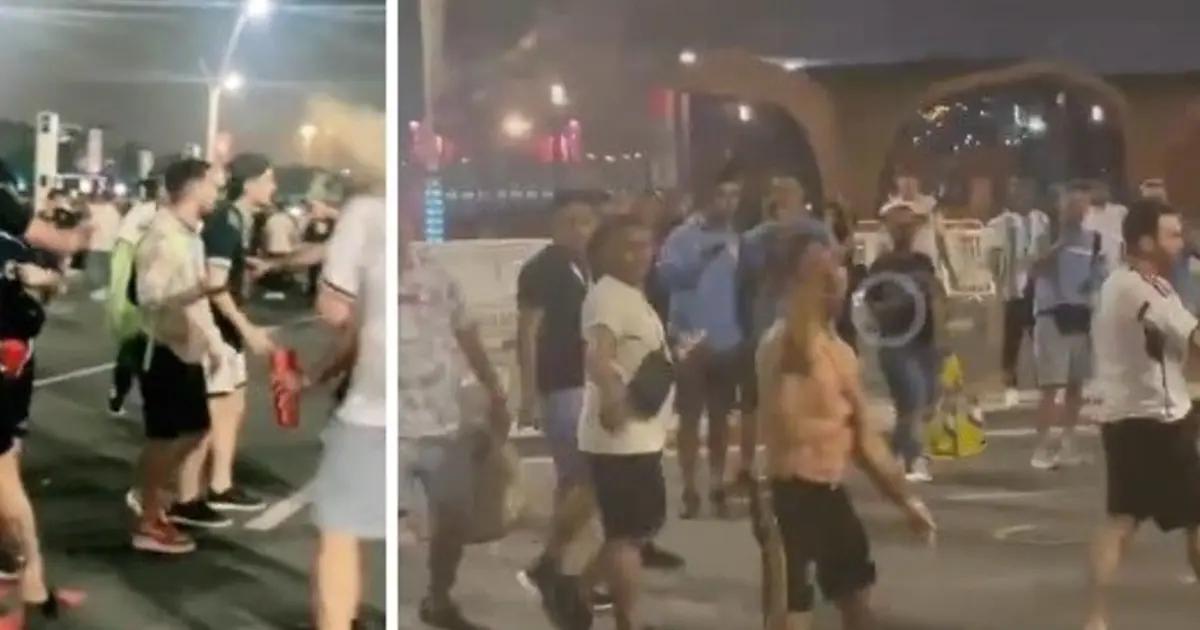 Saturday could be Argentina’s D-day. The National Team has everything at stake against Mexico on the second date of Group C of the World Cup, and if it loses, it will say goodbye to the dream. They must win to recover the ground they lost in the debut. For El Tri, it is also key to winning.

That is why the fans of each country live it to the fullest, and the nerves go beyond the limits, as happened in Doha, with a strong clash between Argentines and Mexicans.

Here is the one of the videos:

On Saturday at 22:00 in Doha, 16:00 in Argentina, and at the Lusail Stadium, the same stadium where they lost to Saudi Arabia and the same stadium where the World Cup final was played, Argentina and Mexico will be playing for more than just three points. Because it is not only about winning but also about sinking a direct rival in the fight to enter the round of 16. In other words, to stay alive on Qatari soil. It is key.

Faced with this situation, if you lose, you almost say goodbye, and the nervousness rises and rises. Especially among the fans, the situation is different inside the Argentinean team: the blow was felt, but it is time to get up.

Here is another video of the clash:

Let us remember Mexican fans had already produced concern with FIFA. The international soccer association is investigating Mexican fans’ behavior, and the punishment, if found guilty, could put El Tri’s presence at the World Cup at risk. That could mean disqualification.