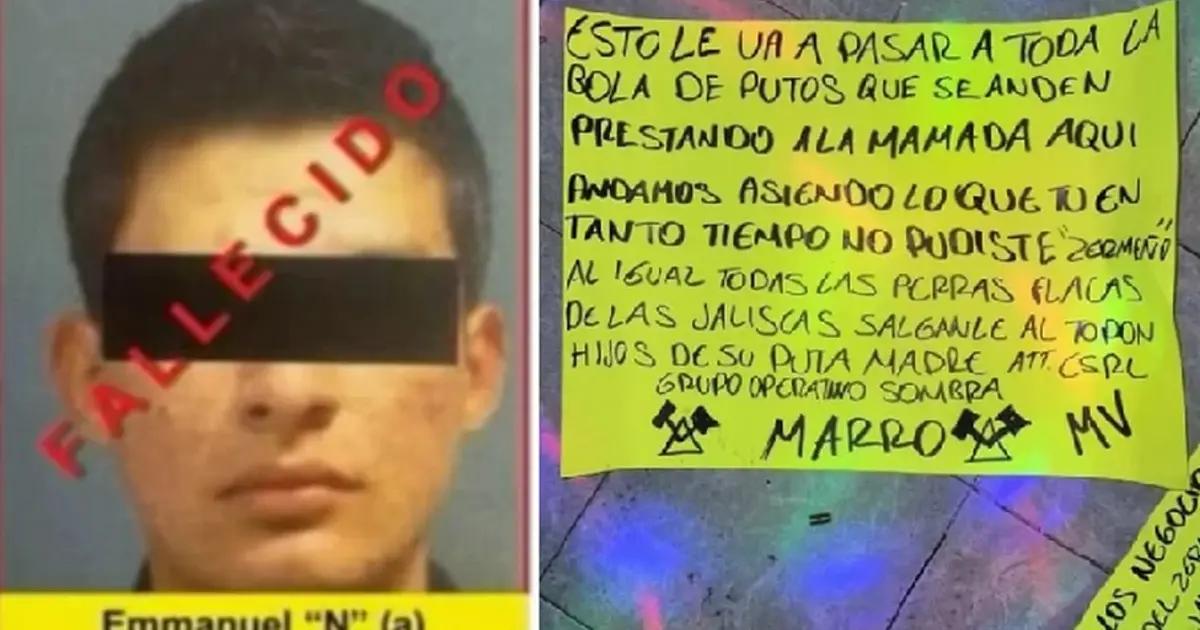 Members of the prosecutors’ offices of both Querétaro and Guanajuato went to serve an arrest warrant against an individual identified as Emmanuel “N”, alias El Zermeño, who was considered one of the main generators of violence in Guanajuato.

A major operation was deployed in Querétaro to arrest him. According to the undersecretary of public security, Ricardo Mejía Berdeja, when the security agents arrested Emmanuel “N,” he resisted. He even tried to attack the members of the prosecutors’ offices.

As a result of the previous actions, the agents repelled the aggressions, which provoked a shootout that resulted in the death of El Zermeño. Weapons, drugs, vehicles, and cash were found at his location.

According to authorities, Emmanuel “N” was part of the criminal organization known as the Santa Rosa de Lima Cartel (CSRL), led by Jose Antonio Yepes Ortiz, alias El Marro, an individual whose sentence was ratified on October 29 by the Judicial Power of Guanajuato.

(El Zermeño) “was part of the criminal organization Santa Rosa de Lima Cartel, whose head is José Antonio ‘N’, alias ‘El Marro’, and after having generated a break with this criminal organization, he would have joined the Jalisco Cartel New Generation, provoking various acts of violence and homicides”

Rumors of his capture and death began circulating on social networks on Tuesday, November 15. However, his death was only confirmed on Thursday, November 17, during President Andres Manuel Lopez Obrador’s morning conference.

It should be recalled that on November 9, hitmen from the Santa Rosa de Lima Cartel carried out a massacre at the Lexus Bar in the municipality of Apaseo el Alto, Guanajuato. The gunmen entered the building at approximately 9:00 p.m. and opened fire.

After murdering at least nine people, the criminals left threatening posters with the following message:

“This is going to happen to the whole bunch of puts that are lending themselves to the mamda here we are doing what you couldn’t do for so long ‘Zermeño’ as well as all the skinny bitches of the Jaliscas, get out to the topon, sons of your motherf*ckers. Att. CSRL Shadow Task Force. Marro. MV (sic.).”

The fight between the CJNG and the Santa Rosa de Lima Cartel has intensified recently. For its part, the so-called Cartel of the Four Letters displayed a series of banners signed by the Elite Group that were found on November 15. In these messages they disapproved of the massacre in Guanajuato.

In response, the Santa Rosa de Lima Cartel recorded a video in which they mocked the cartel led by El Mencho and even called them hypocrites.

“With your pinch*s lonitas you think you are intimidating the entire population, that we extort, that we kill, surely you are the same scum (…) all the cartels do the same thing,” said one of the gunmen in a video released on November 16.