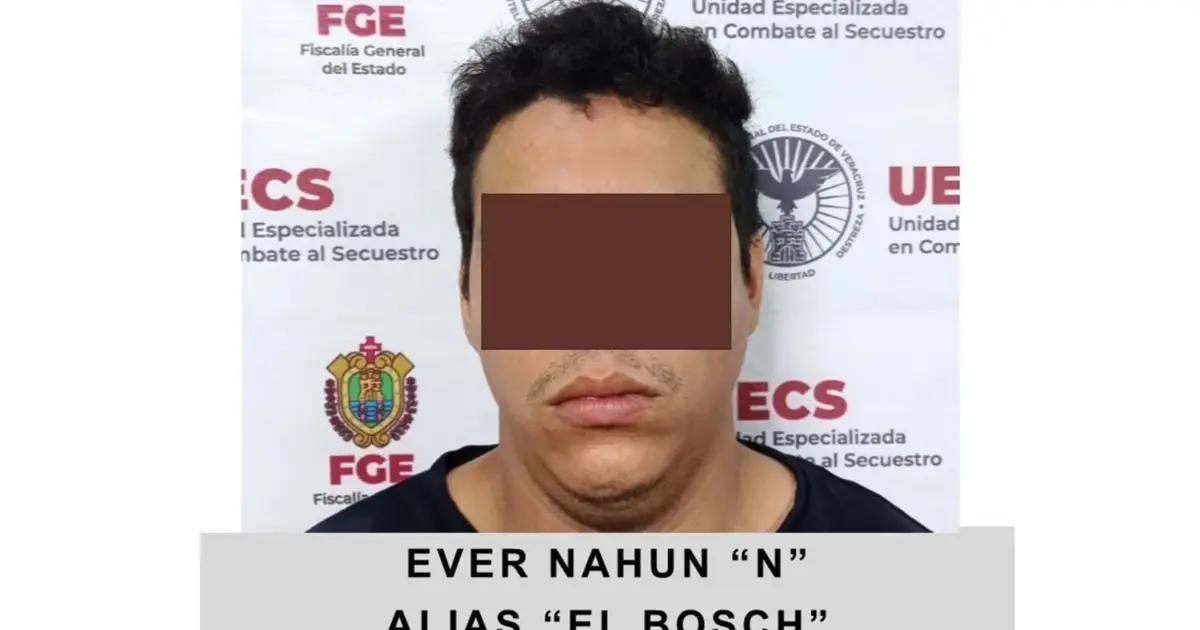 The Veracruz State Attorney General’s Office announced that Ever Nahun “N,” alias El Bosch, identified as one of the priority targets of the state authorities who had escaped from the High Specialty Hospital of Veracruz, was charged with the crimes of attempted intentional homicide, disobedience and resistance of individuals and against public security institutions.

According to the brief statement issued by the FGE, the detainee was charged with the crimes of attempted intentional homicide, disobedience, and resistance of private individuals and against public security institutions for the events that occurred on April 1, 2022.

On that day, El Bosch had been detained and wounded after an operation carried out by Army agents and the local prosecutor’s office. When armed men entered, he was admitted to a hospital, subduing Nahun “N.”

For this reason, he was wanted, and an arrest warrant was executed against him by the Specialized Unit to Combat Kidnapping (UECS), with the support of the Secretary of National Defense (Sedena) and the National Guard.

The State Prosecutor, Verónica Hernández Giadáns, also reported the arrest during the meeting held at the Third Naval Region in the Coordination Table for the Construction of Peace. She recalled that Nahun had been arrested in flagrante delicto during an operation, so in addition to the charges against him, there were also the previous ones.

At the table, it was also stated that in the past 24 hours, 17 judicial orders were served, four arrests were made in flagrante delicto, and two persons reported missing were located.

On April 1, a commando of armed men entered the Veracruz High Specialty Hospital to rescue El Bosch, who was being held in custody after he tried to escape and was injured.

However, according to local reports, at least four armed men burst into the hospital’s emergency room in the Centro neighborhood of the district. The subjects threatened the guards and escaped in an unknown direction.

The matter became even more violent when an IPAX police officer fired his weapon, which caused a shootout. It is presumed that they were part of the same criminal cell.

After this, there was an intense mobilization of ministerial elements to locate the alleged member of organized crime and his accomplices, but they did not find them.

A video was disseminated through social networks showing alleged ministerial agents, after the rescue of the assailants, in operational actions to locate those who took away their probable accomplice. Some users confused that it was the exact moment of the escape.

After his reappearance six months later, during his initial hearing, the Judge of the XI District based in Xalapa ordered him to be remanded in custody for one year as a precautionary measure.