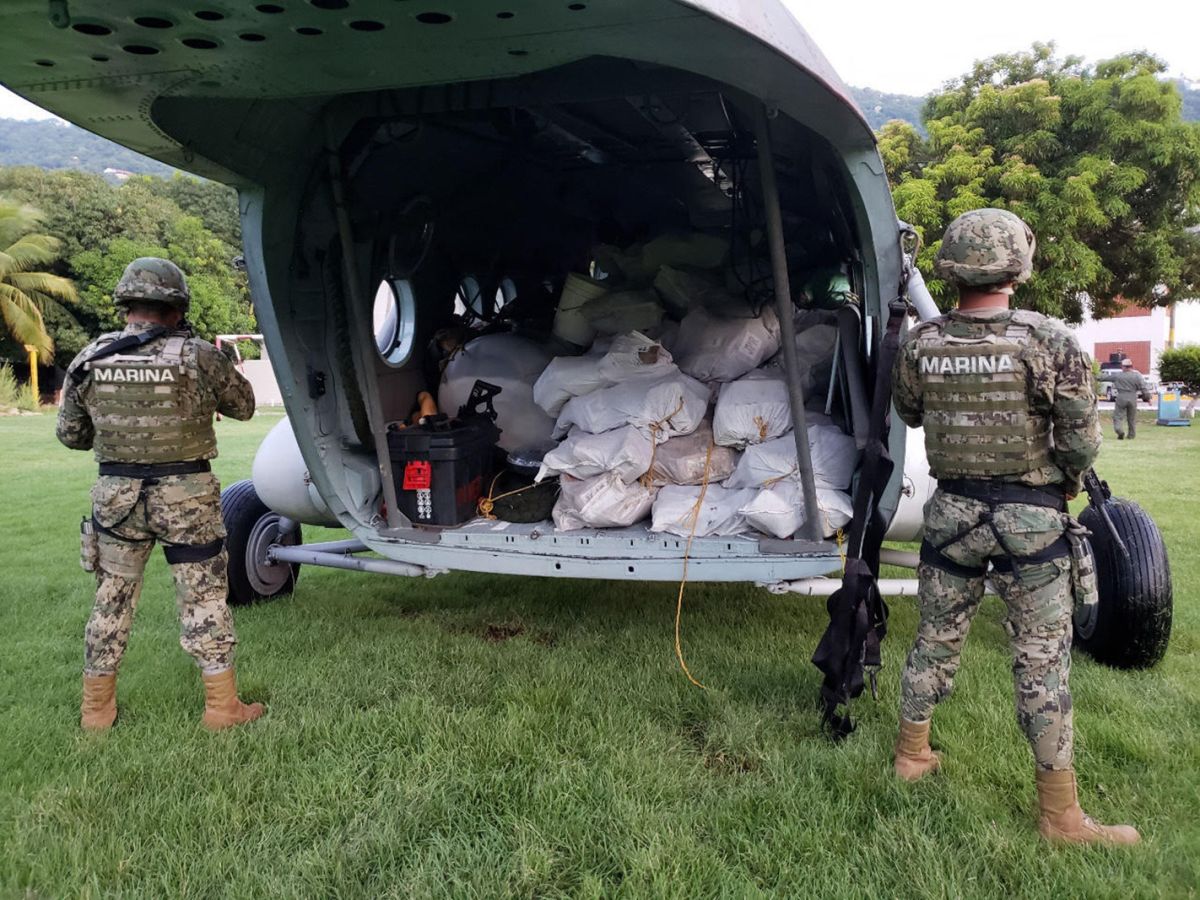 In a coordinated operation, federal elements secured a property used in Sinaloa with 5 thousand 833 kilograms of methamphetamine, “the most relevant assurance of the current administration”, according to the authorities.

The Secretariat of National Defense, the National Guard (GN) and the Attorney General’s Office (FGR) participated in this seizure, as part of the National Strategy for Public Security, as well as the “Zero Impunity” policy of the federal government. .

After intelligence work, Mexican Army personnel moved to a property located in the town of Carboneras, municipality of Culiacán, where drugs were allegedly stored; Upon being located, the military established a security fence.

The agents of the Prosecutor’s Office, with the support of members of the National Guard, proceeded to complete the search warrant.

Preliminary data indicates that they were seized 3 thousand 907 kilograms of methamphetamine and 2 thousand 408 kilograms of this drug in liquid state, an amount that is taken into account to estimate its volume, which when crystallized would have a weight of 1,926 kilograms.

The seized drug and the property were placed at the disposal of the competent authorities.

“With the aforementioned insurance, this type of addictive substance is prevented from reaching Mexican youth and affecting their integral development. With these actions, the Mexican Army, the National Guard and the Office of the Attorney General of the Republic endorse their commitment to ensure and safeguard the well-being of citizens, contributing to the Government of Mexico to guarantee the peace and security of Mexicans,” authorities said. .