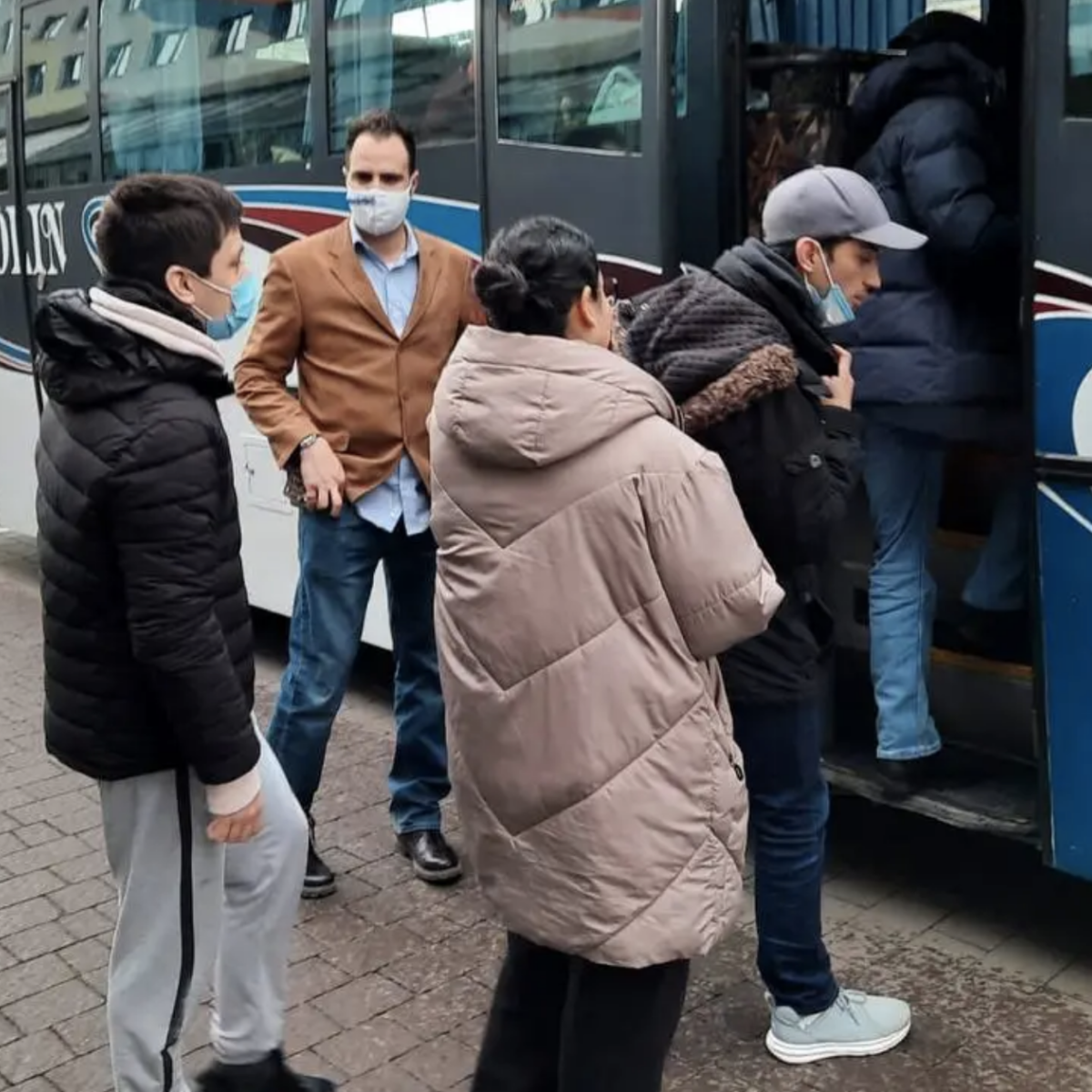 This morning, the transfer of the compatriot families who had requested their evacuation from Ukraine and now they are being transferred to Romania.

The Mexican government explained that this process was more complicated because it was feared that the truck driver would withdraw from the contract before the situation of the services in which the Ukrainian country has faced.

How do we share you in AmericanPost.Newsin the Ukrainian country a series of evacuations have been carried out in order to protect citizens, for its part, NATO evacuated all its personnel from the Ukrainian capital.

Before the Russian invasion of Ukraine, the Government of Mexico ordered the transfer of the compatriot families who had requested their evacuation from the country.

The Mexican families were initially evacuated to the city of Ivano-Frankivsk where they remained housed since February 16, after the government alert to the possibility of an invasion.

After the start of the Russian military offensive, the families boarded a bus with which they were transferred to the city of Romania in order to protect its integrity.

Given this situation, the Secretary of Foreign Affairs, Marcelo Ebrad, this evacuation process was carried out based on negotiations with the aim that the owner of the bus will not cancel the contract given the current situation between the two countries.

The Embassy of Mexico in Ukraine It also works in the evacuation of 50 Mexicans who expressed their interest in leaving cities like Kiev and Odesa.

What other countries ordered the evacuation of their fellow citizens?

Spain has recently been one of the countries that joins other European partners who in the last few hours have joined the United States’ request for evacuate Ukraine as soon as possible.

The majority military evacuation operations are not considered or launched; they ask their nationals to leave the country.

Sweden, Germany and Italy are some of those who have joined the petition. the different governments ask their citizens to leave Ukraine on their own as soon as possible.

In the last few hours, new countries have joined, such as Sweden, Denmark or the Baltic countries.