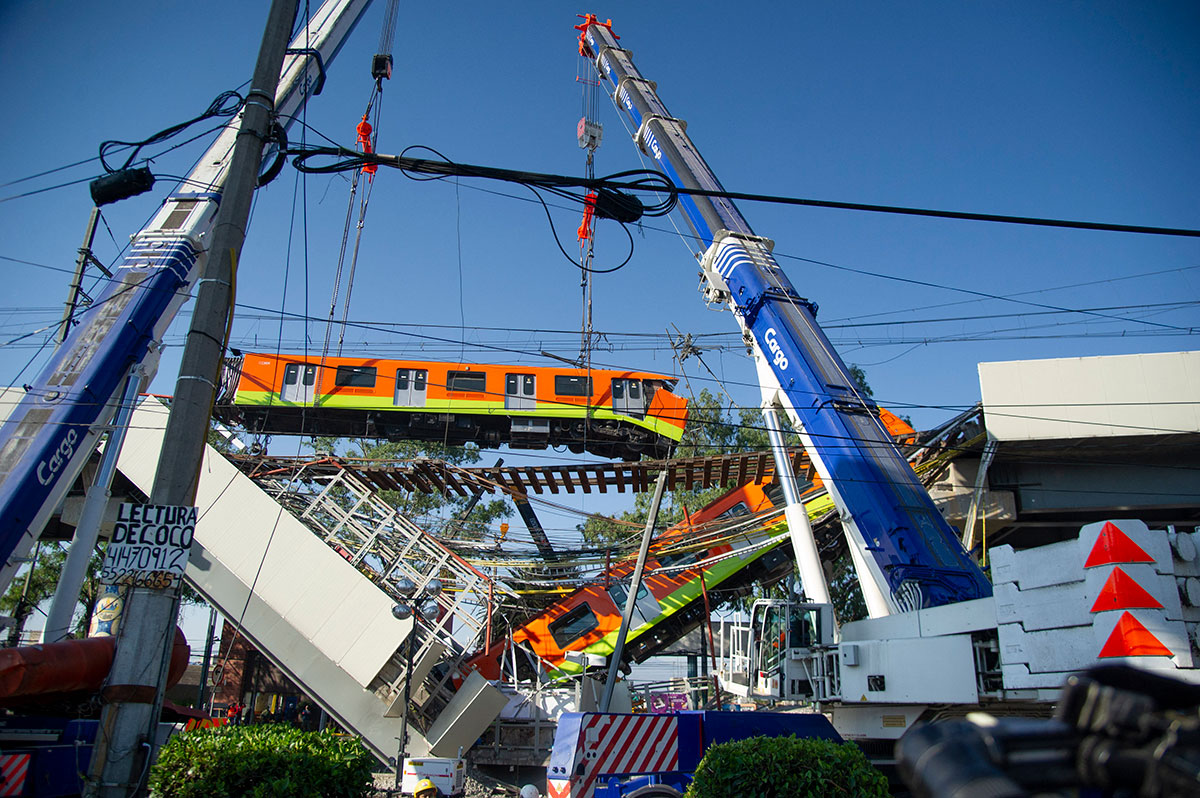 Grupo Carso, owned by Mexican magnate Carlos Slim, announced a “reparatory agreement” with the Government of Mexico City to rehabilitate Line 12 of the Metro that collapsed in May, although he was released from the responsibilities of the fatal accident.

In a statement sent to the Mexican Stock Exchange, Carso reported that its subsidiary CICSA “entered into a collaboration agreement and a reparatory agreement with the Government of Mexico City and the Collective Transportation System to carry out rehabilitation and reinforcement work on the section. elevated metal of Line 12 of the subway ”.

The company revealed that the works will consist of “repairing the collapsed section” between Olivos and Tezonco stations, as well as the “reinforcement of the elevated metal section” built by CICSA in 2013 to implement “more robust standards in structural safety” due to the 2017 earthquake.

The construction company explained that the execution of these works “will be the responsibility” of the capital’s government and its technical advisory committee.

He also clarified that CICSA “did not cause or is responsible for the unfortunate event of May 3 on Line 12 of the metro”, and recalled that the line “is operated and supervised independently” by the capital metro since the consortium formed It was delivered by the companies CICSA, ICA and Alstom in 2013.

The tragedy occurred on May 3, when an elevated bridge collapsed between Line 12, in the Tláhuac mayor’s office of the Mexican capital, so the wagon was stranded in the shape of a “V”, leaving 26 dead and a hundred wounded.

An independent report commissioned by the Government of Mexico City from a Norwegian company concluded that the accident was due to a “structural failure” of the construction.

The capital’s prosecutor’s office presented this week the first 10 complaints against those presumed responsible for the accident, among which Enrique Horcasitas, former director of the Metro Project, who proposed the construction of the line, stands out.

It may interest you:
· Metro CDMX: they accuse 10 former officials of homicide for the tragedy of line 12 that left 26 dead
· Video shows the exact moment of the collapse of the Mexico City Metro; add more than 20 dead and dozens of injured
· Failure in the construction of Line 12 of the Subway caused its collapse, reveals The New York Times; Sheinbaum and Ebrard respond to the newspaper