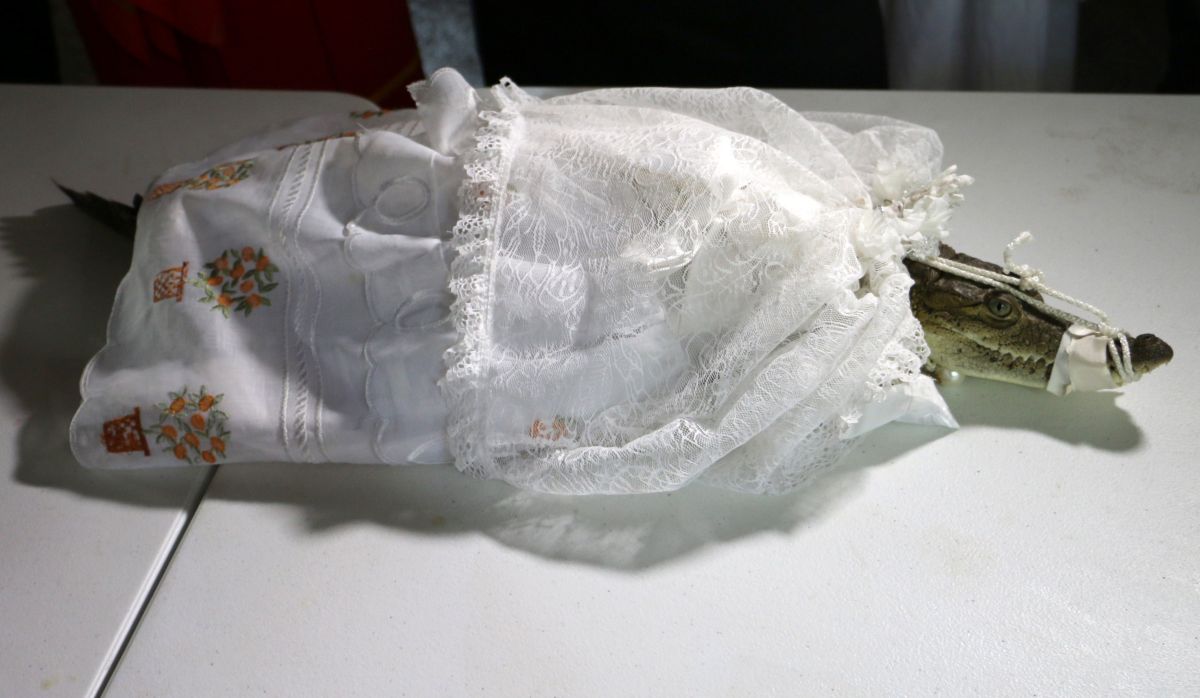 The mayor of a small Mexican town in the state of Oaxaca married a crocodile in a ceremony dating back centuries in hopes of bringing good fortune to his fishing community.

The mayor of San Pedro Huamelula, Víctor Hugo Sosa, leaned in to kiss the reptile more than once as the animal’s snout was tied during the jubilant ceremony where trumpets and drums were played.

The 7-year-old crocodile, called “Princess”, is seen as a deity that represents nature. Her marriage to a local leader symbolizes the connection of humans with the divine.

The crocodile was carried by the locals through the streets of the town while the men fanned it with their hats.

The colorful ceremony is part of a ritual that probably dates back centuries to pre-Hispanic times in the indigenous Chontal and Huave communities of the state of Oaxaca. The fishing village is part of Oaxaca on the Pacific coast.

“We ask nature for enough rain, enough food, that we have fish in the river,” Sosa said during the ceremony.

The tradition that is now mixed with Catholic spirituality is to put the crocodile in a white wedding dress and other colored clothing. Many groups in southern Mexico have clung to their rich indigenous culture.