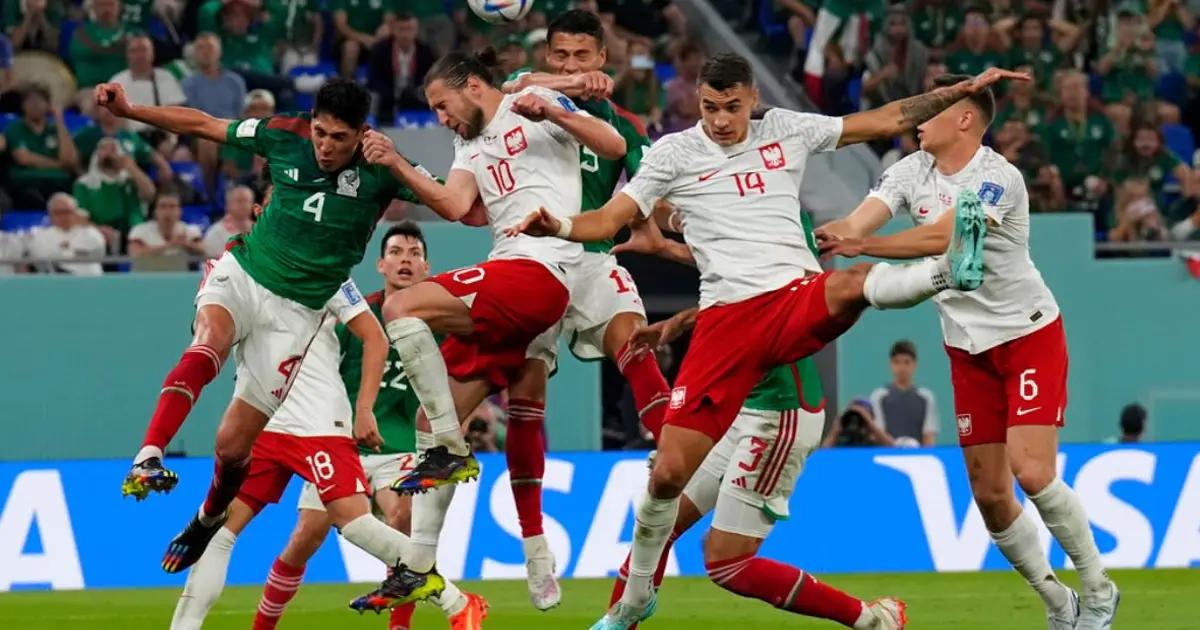 The Mexican soccer team runs the risk of being disqualified from the Qatar 2022 soccer world cup and all because of its fans, who, in the opening game against Poland, uttered some chants or insults that are prohibited, according to information already circulating on social networks.

Although it is not specified what kind of insults the Aztec fans made, some demonstrations against the referee could be heard, such as the already customary phrase “cul…”. However, the other phrase that has brought many problems to the Federation was not heard. Mexican Soccer, like the homophobic “pu**”.

WHAT DOES FIFA DO?

The truth is that the FIFA authorities opened a file based on article 13 of the disciplinary code, so we will have to wait for the ruling, which will establish, first, the type of aggression or insult and, second, the punishments for the that the FMF will be committed and that it could directly harm the players and the fans.

As is known, the Aztec followers have made cheers or chants that at the time went unnoticed, but after the protests against them, they have been punished and eradicated little by little in Mexican stadiums; however, some fans have not wanted to leave these insults against vulnerable groups, it was reported about the Mexican team that may be disqualified from Qatar.

Mexican National Team disqualified Qatar: COULD IT BE OUT OF THE WORLD CUP?

So far, the match against Argentina, scheduled for Saturday, November 26 at 1:00 p.m. Mexico, remains firm, and no statement has been issued on whether it will be suspended, as that will depend on how long the investigation takes and whether it is completed. establish the type of punishment they will give the FMF.

In this type of case, several types of punishment could be given to the tricolor team, from an economic fine, loss of points in the World Cup, and even the disqualification of Qatar, for which it is very important that those in charge of the Federation analyze everything and can defend themselves.

The famous article 13 of the disciplinary code textually says the following: “If one or more followers of a federation or a club adopt the conduct described in section 1 (person who threatens the dignity or integrity of a country, a person or a group of people using derogatory, discriminatory or vexatious words or actions (by whatever means), the following disciplinary measures may be imposed on the responsible federation or club:

a) in the case of the first offense, a match with a limited number of spectators and a fine of at least CHF 20,000. b) in the case of recidivism or if the circumstances require it, disciplinary measures such as the implementation of a prevention plan, a fine, the deduction of points, the dispute of one or more games behind closed doors, and the prohibition to playing in a stadium. A defeat by withdrawal or resignation, exclusion from competition, or relegation.

In turn, one of the most prestigious commentators in the Aztec country, David Faitelson, has criticized FIFA’s measure against Mexico, as many others have noted the human rights issue for this tournament to take place. Hence, his social network quickly published his opinion about it.

Verbatim, he said the following: “FIFA makes us laugh. Investigate Mexico because its fans shouted “cu**ro” and sweep under the rug all the violation of human rights in its World Cup headquarters… Do me a favor…”. With information from El Universal , Soy Futbol , ​​Radio Formula.