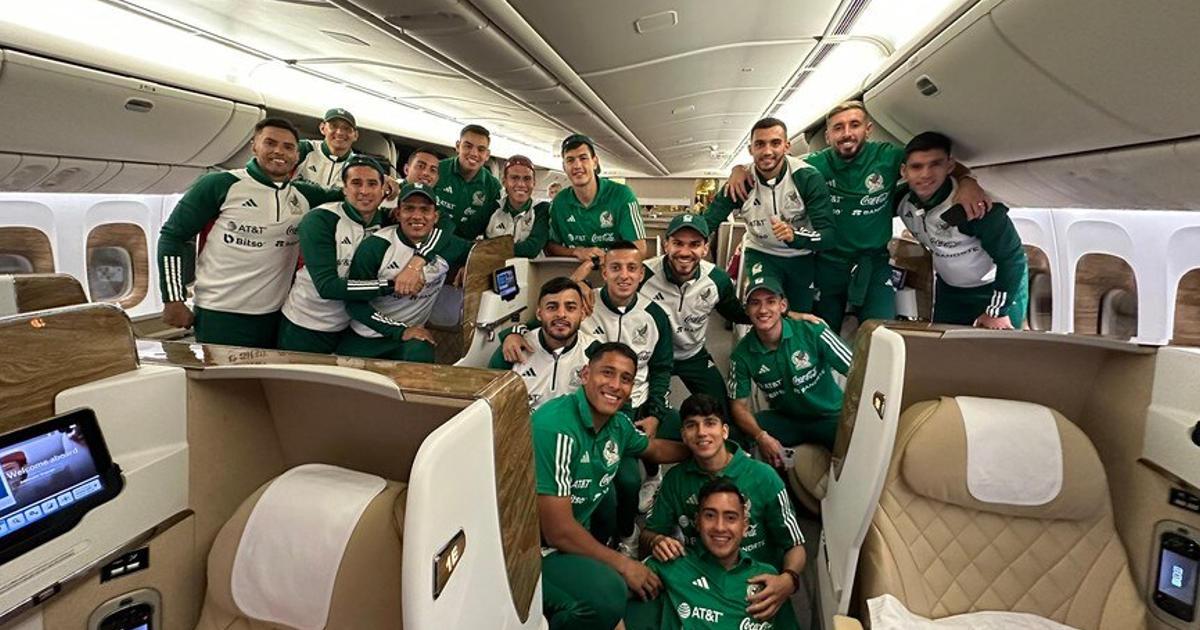 The Mexican National Team began the journey that will take it to Qatar 2022, the next World Cup. And for this, they left for Europe on a luxurious plane.

As several selected players shared on their social networks, they traveled more than comfortably from Mexico City to Barcelona, from where they will travel to Girona.

In Girona, the Mexican National Team will set up its first concentration camp for Qatar 2022, a tournament that begins on November 20.

Let’s remember that in Girona, Spain, Mexico will play two preparation matches; one against Iraq and the other against Sweden. The venue for these matches will be the Montilivi Municipal Stadium.

There, Gerardo Martino’s Tricolor will seek to strengthen its weapons in the Qatar 2022 World Cup.

The luxurious plane of the Mexican National Team

The Mexican National Team players were very pleased with the luxurious plane to transport them from Mexico City to Barcelona.

The pictures show that the Fly Emirates Boeing 777-200 LR was up to the task.

The aircraft is one of the most spectacular in the airline‘s fleet. It is even known internally as the seventh Boeing wonder.

The transport that took the Tricolor to Spain had 302 seats distributed in two classes. In addition, it measures 63.7 meters and reaches a cruising altitude of 43,100 feet.

One of the main amenities of this Boeing 777-200 LR aircraft is the privacy that passengers find in their respective cabins located in first class.

In these cabins, passengers can enjoy movies, series, and music and keep up to date with the latest news. In addition, succulent meals are available.

Mexican National Team and its journey in Qatar 2022

The Mexican National Team will arrive in Qatar 2022 days before making its debut in the tournament against Poland on November 22.

On November 26, the Tricolor will face Argentina, the toughest team in the group on paper.

On November 30, against Saudi Arabia, the Mexican National Team will conclude its participation in the Group Stage of Qatar 2022.