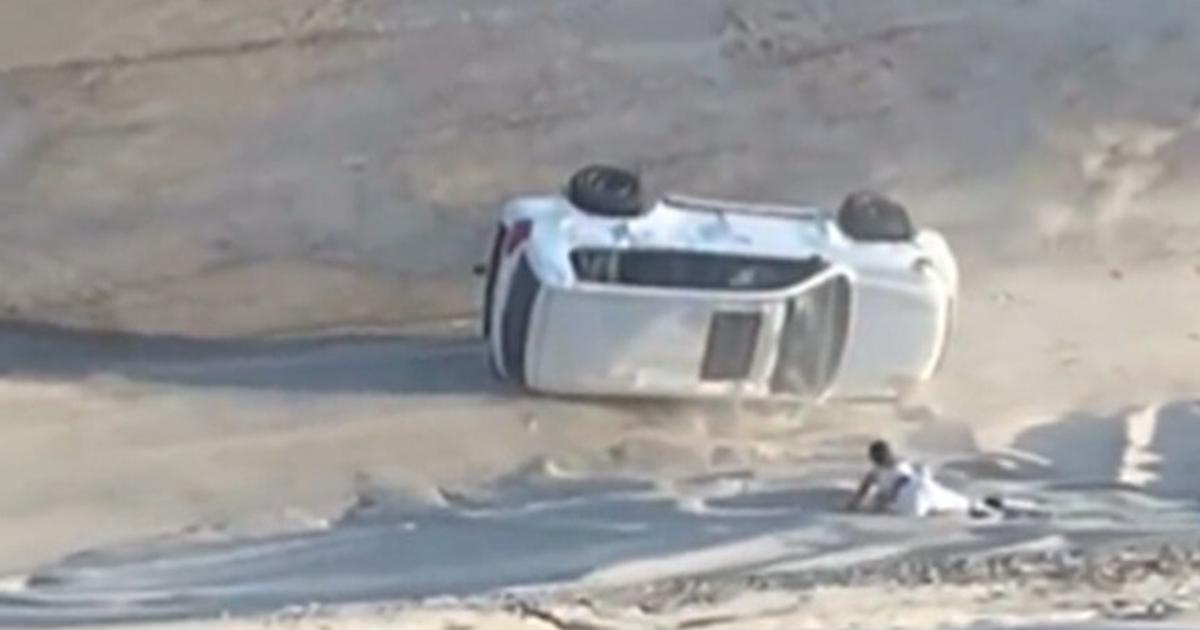 A group of Mexican tourists suffered an accident in Qatar during a visit to the dunes in the desert of that country.

As can be seen in a shared video, one of the vans that made up the convoy of tourists went out of control and overturned.

The van rolls several meters in the Qatari desert; you can see how one of the Mexicans gets out of one of the windows; fortunately, it can be seen that he can move with relative ease.

The Mexicans were transferred to the nearest hospital in Qatar

In the same video, the person who recorded the video points out that the Mexicans are fine, although they had to be transferred to the nearest hospital in Qatar as a protocol.

In addition, some of the Mexicans had obvious injuries, nothing serious, but they had to be checked anyway to avoid complications.

This is surprising considering the seriousness of the accident in the dunes of Qatar, as the video would indicate that there could have been serious injuries.

However, the fact that the Mexican who went out of the window could move after the impact was a good sign of his health and that of his companions.

Mexican authorities have not released any statement about the accident

There is not much official information about this accident involving Mexicans in the dunes of Qatar, as the authorities have not stated the matter.

The Ministry of Foreign Affairs has not informed about the state of health of the tourists, the hospital where they were admitted, or the identity of the people involved in the accident.

This has caused some people to be indignant with the agency, as they point out that it does not provide due support to Mexican tourists in Qatar in situations such as this one.

It should also be noted that the Ministry of Foreign Affairs has been quite busy with Mexican tourists in Qatar, resolving disputes over fights between fans and the consumption of alcoholic beverages.