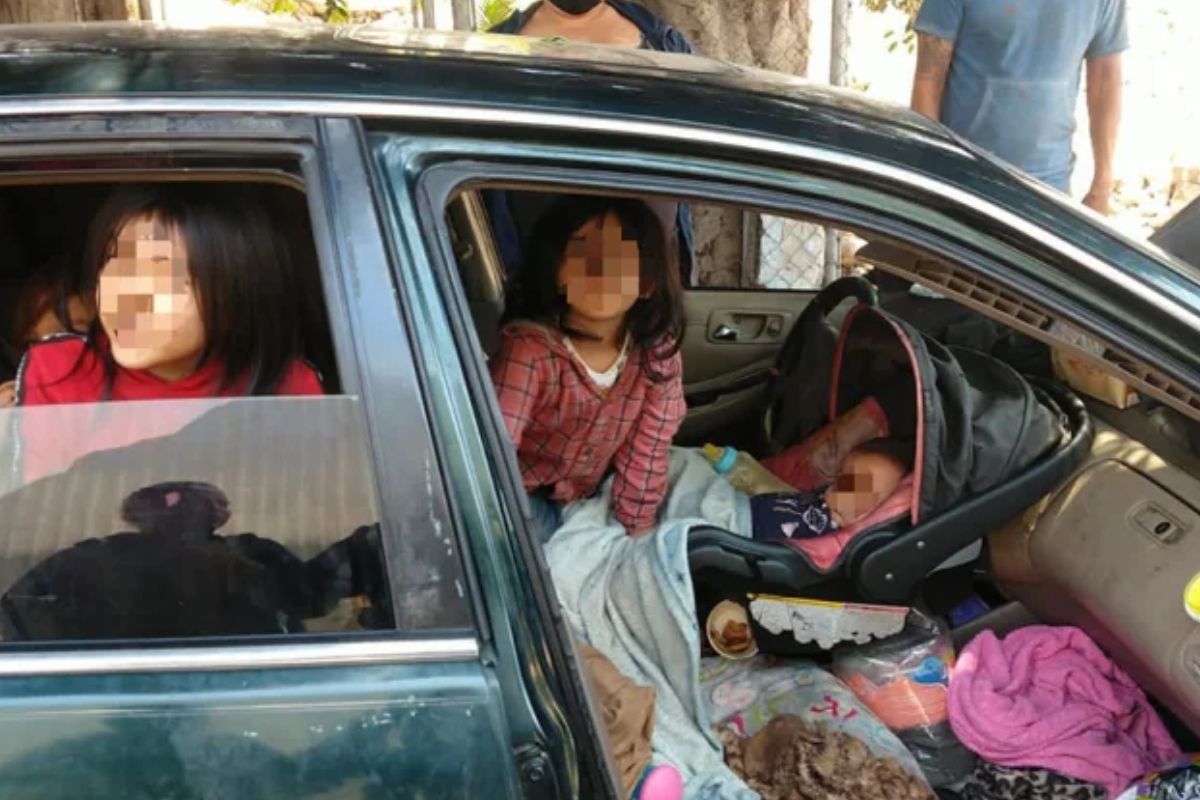 An American family is found living inside a car in Tijuana – Photo: Tijuana Municipal Police / Courtesy

The Tijuana Municipal Police rescued eight American children alive, including a 7-month-old baby, who had been living inside a car in the Libertad neighborhood for some time.

Thanks to a call that the authorities received through 911, the rescue was achieved; Witnesses reported that the family had been in the neighborhood for some time and that their parents allegedly did not feed the minors.

When the police arrived, they found a deplorable scene: garbage everywhere, spoiled food, insects flying over minors, and a Foul odor caused by dirt.

The minors were not alone but accompanied by their parents.

Beatriz “N”, 35, a United States citizen from Los Angeles, California, and Jesús “N”, 40, a Mexican citizen from Tijuana were arrested near Ferrocarril Avenue and Cuauhtémoc Norte Boulevard in the Libertad neighborhood.

Until now, it is unknown if the parents of the minors were set a bond or if they have a lawyer to defend themselves against possible accusations.

It is also unknown if any family members, the mother, and the father, have contacted the Mexican authorities to safeguard the minors and prevent them from staying in the country. The National System for the Comprehensive Development of Families (DIF) takes care of the situation and directs social assistance in the Mexican Republic.

The police are investigating the family’s situation and why they were on Mexican soil.