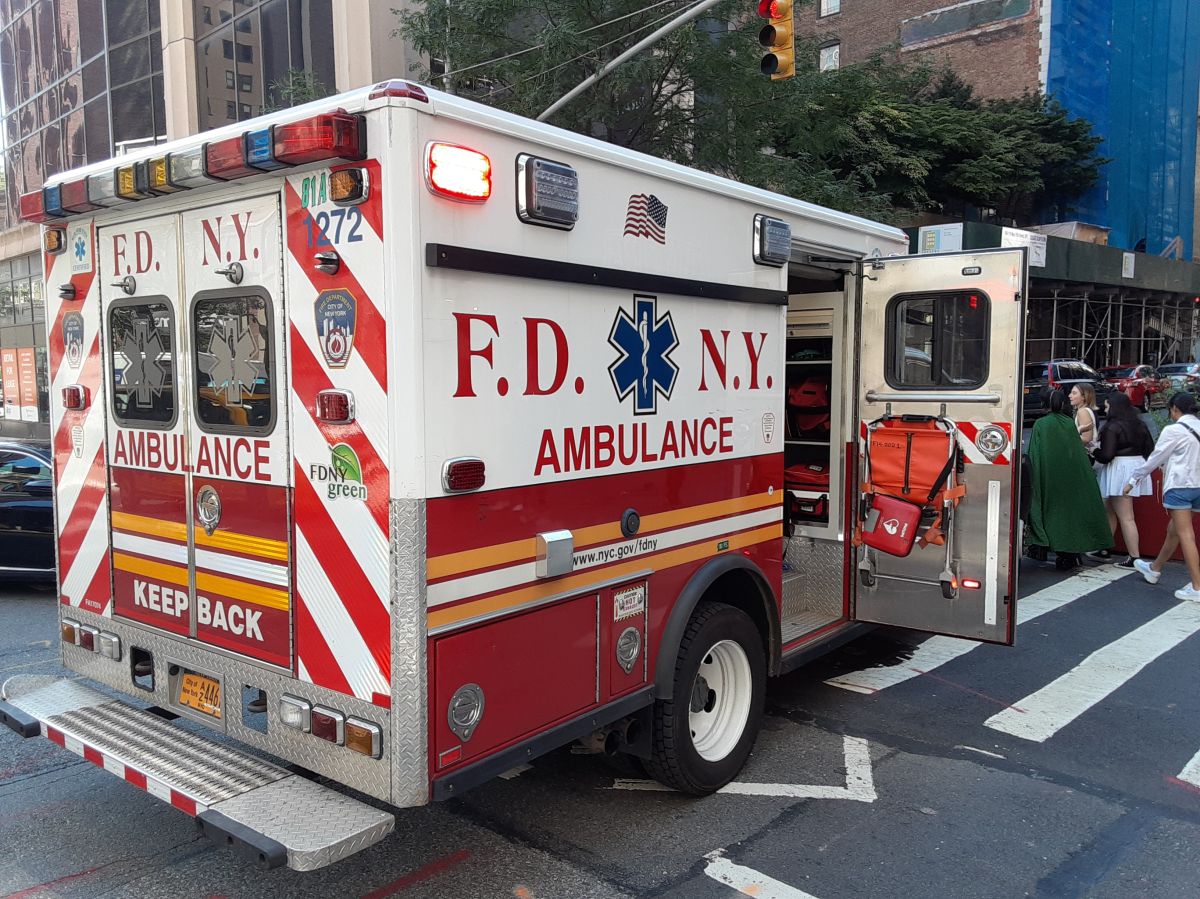 A final shopping trip before leaving New York turned into a tragedy for the Mexican tourist Daniela Hernández, who lost her leg and remains seriously hospitalized after being hit by a taxi.

Hernández, 32, was part of the group of six pedestrians hit by a taxi at noon Monday on Broadwayat the height of 28th and 29th streets, in Midtown Manhattan.

Police said another woman suffered serious leg fractures, another victim had a broken left arm and broken ribs, and other people suffered concussions.

The Mexican tourist lost her leg after being hit by the taxi and doctors are trying to save her other leg, she told the new york post her husband Carlos Almazán, at Bellevue Hospital.

She defined her as “a fighter” who is determined to get ahead, her husband said, but has a long road to recovery. “Daniela He’s taking strong painkillers… But she’s motivated to get through this.”

Hernandez, a mother of two, had her leg amputated after Monday’s horrific accident, just a few hours before returning to San Luis Potosí after an excursion to New York with her friends.

Now the doctors are waiting for the swelling to go down so they can operate on the remaining leg to try to save it. Almazán said that doctors estimate that he will remain in the hospital for another three weeks.

Images from the scene of the accident on Broadway captured lots of good samaritans rushing to the scene to lift the taxi and free the trapped pedestrians underneath.

The driver, identified by police as Khan Zahangir, has not been charged in the crash after remaining at the scene. The Post reported this week that his taxi had accumulated 18 road violations since 2019, but it’s unclear if he was behind the wheel at any of them, police said.

In addition to gun violence, traffic accidents are another big challenge for the new mayor, Eric Adams, after a disastrous legacy from his predecessor, Bill De Blasio. New York City has experienced a 35% increase in traffic accidents so far this year, stated NYPD in mid-April. At the end of that month there was a tragic streak in NYC at an average of one person killed by a run over every day.