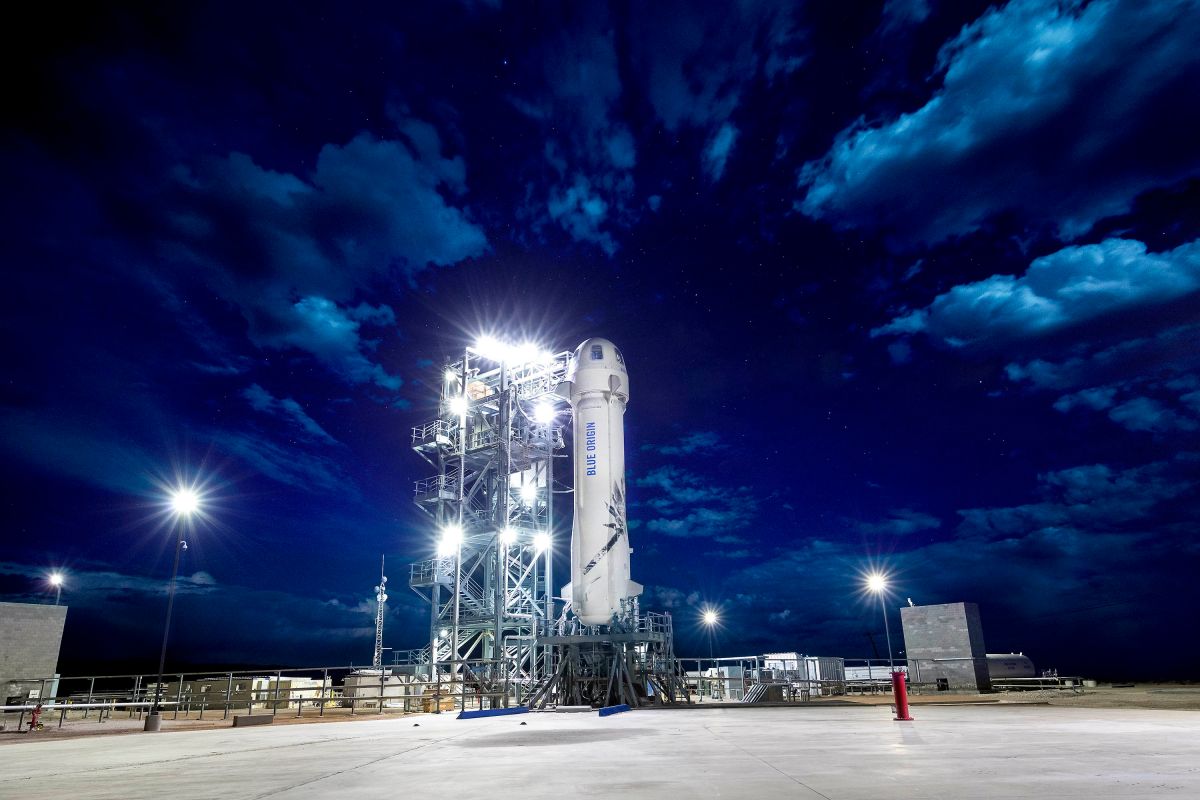 Blue Origin, the company of millionaire Jeff Bezos, announced that among the members who will be part of the crew of flight NS-21, is Katya Echazarreta, Electrical Engineer and former NASA Test Director.

Katya will be the first Mexican by birth and the youngest American by naturalization to visit space and will fly as part of the “Citizen Astronaut Program” sponsored by “Space for Humanity”, a nonprofit organization whose mission is to expand access to space for all humanity.

The Mexican-American is happy because was chosen among more than 7,000 candidates from more than one hundred countries to participate in the astronaut program “Space for Humanity” who sponsors the trip.

Each astronaut on board flight NS-21 will carry out a postcard in coordination with “Club for the Future” which is a foundation sponsored by Blue Origin that through its “Postcards to Space” program provides direct access to space for students by carrying self-written postcards aboard their rockets.

This will be the fifth manned mission and the twenty-first flight of the “New Shepard” vehicle. The exact release date will be announced very soon.

Evan is an engineer, investor, and managing member of Dick Holdings, LLC., and flew aboard NS-19 on December 11, 2021. Evan previously served as Senior Vice President of DE Shaw and Managing Director of Highbridge Capital Management, and is a charitable supporter of the Darwin Foundation and Population Relief International Corp. He is also an ATP-rated pilot and volunteer for Starfighters Aerospace, as well as an avid sailor. and motorcyclist.

Katya was born in Guadalajara, Mexico. Her mission is to represent women and minorities interested in STEM fields.. She co-hosts the YouTube series “Netflix IRL” and “Electric Kat” on the CBS show “Mission Unstoppable.” Katya is currently pursuing a master’s degree in electrical and computer engineering at Johns Hopkins University and earned her bachelor’s degree in electrical engineering from UCLA in 2019. After graduating, she spent nearly four years at NASA’s Jet Propulsion Laboratory working on five NASA missions, including the Perseverance Rover and Europa Clipper.

Hamish is president of Action Aviation, a commercial aircraft brokerage firm he founded in 2004, and also a commercial aircraft pilot. In 2019, he and former International Space Station Commander Colonel Terry Virts broke the World Tour record in a Gulfstream G650ER for any aircraft flying over the North and South Poles.

Victor is a 28-year-old civil engineer from Minas Gerais, Brazil. As a child he dreamed of becoming an astronaut and now, after buying his first NFT, he has the honor of being the second Brazilian to fly into space and the world’s first cryptonaut.

Jaison founded JJM Investments, a commercial real estate company, and co-founded Dream Variations Ventures (DVV) with his wife, Jamie. DVV invests in technology and sports start-ups. He is an avid scuba diver and skydiver, he broke the sound barrier in a Mig-29 fighter plane.

Victor is co-founder of the private equity investment firm Insight Equity. He has completed the “Explorer’s Grand Slam”, which includes climbing all seven of the world’s summits and skiing at the North and South Poles. He is also a commercially rated multi-engine airplane and helicopter pilot, as well as a certified submersible test pilot.