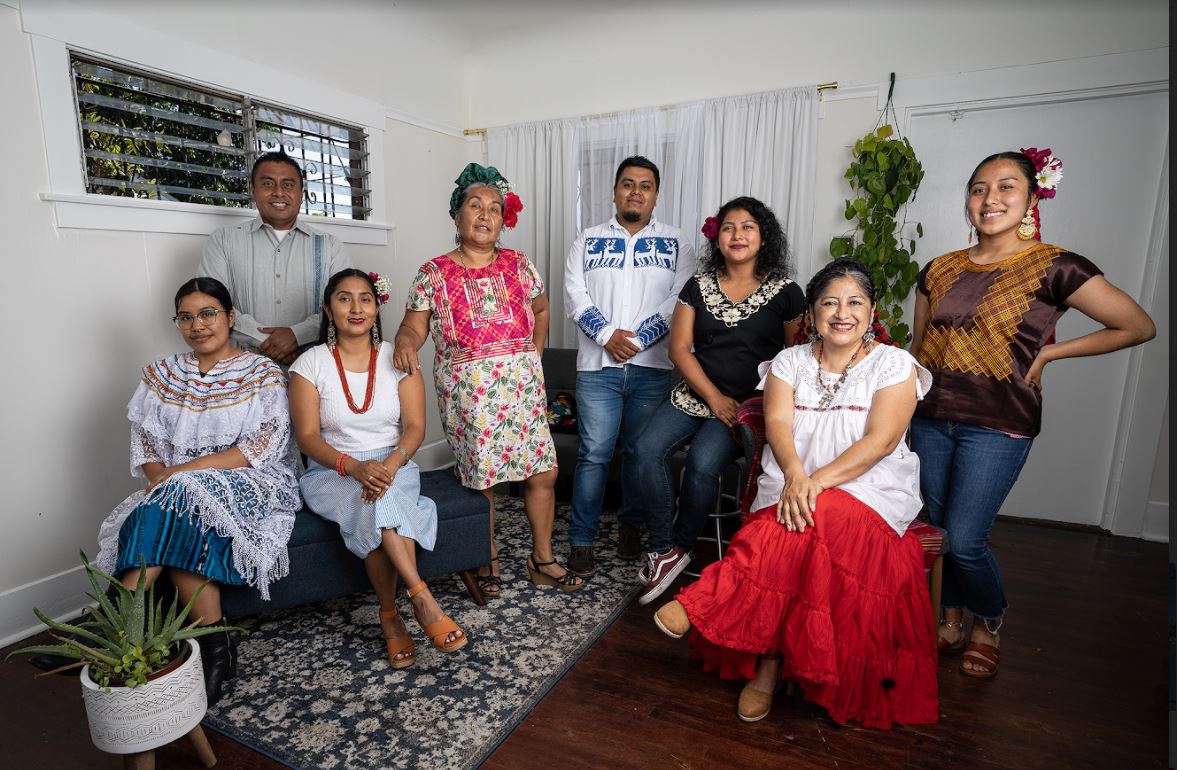 Aniceto Polanco, an immigrant from Copala, Guerrero, believes that Mexicans have in their DNA “the evil of the Spanish conquerors to discriminate and annoy each other.”

Polanco, 55, is dark-skinned like many of the inhabitants of the Costa Chica in his state. He is the son of an Afro-Mexican father and a mestizo mother. His grandmother was black.

“I have black cousins, with curly hair [rizado] and green eyes,” he says. “In the family the mixture of mestizos, Indians and blacks was stirred up.”

Polanco is a reflection of the mixture of races in the Mexican people, where, in the 21st century, discriminatory behaviors prevail, as described in a general way by a survey by Luis Noé Bustamante, of the Pew Hispanic Center, entitled “Latinos experience discrimination from other Latinos as well as non-Latinos.”

“About a quarter of Latino adults say they have personally experienced discrimination or unfair treatment by other Latinos,” indicates the survey by the research analyst who studies race, ethnicity, Hispanic tendencies and immigration at the Pew Hispanic Center.

Jesús Polanco, a 27-year-old civil engineer and son of Aniceto Polanco, revealed to La Opinion that he personally experienced racism and discrimination against other Latinos in his Compton neighborhood.

“Being from a Mexican family in southern Mexico, I used to hear Chicano and güero children call me prieto or negrito because I was darker than others,” Jesús said. “And although they believed more, the only thing that united us all was poverty.”

The color of the skin

“In the eight experiences of discrimination that we asked Latino adults about, those with darker skin were more likely than those with lighter skin to say they had experienced each of them,” he told La Opinion, Mark López, director of research for Race and Ethnicity at the Pew Hispanic Center.

“For example, 33% of darker-skinned Latinos say someone told them to go back to their home country, an experience shared by 20% of lighter-skinned Latinos. Still, regardless of skin color, our survey found that 54% of Latinos experienced discrimination in the year prior to our survey,” he added.

doDeported from your own country?

It is something seen and experienced by Jesús Polanco, son of Aniceto was born in the United States. He affirms that racism and discrimination is something that he has seen and is in the Mexican culture.

“There are many who feel offended because the white Americans discriminate against them, but sometimes the Mexicans are more hypocritical, because they are worse with their own people,” he says. “Even though I didn’t look Mexican, I spoke better Spanish than a lot of them.”

Similarly, Juan González Angelito, a blacksmith from the state of Guerrero, told La Opinion that a few years ago he was detained by Mexican immigration authorities because of the color of his skin.

“I was going from Salina Cruz, Oaxaca to the port of Acapulco and when they detained me, the agents said that I was from Panama and that they were going to deport me,” said this 49-year-old Mexican. “I showed them my credentials and they didn’t believe me; They said that anyone could fake them. I felt offended in my own country. How is it that there are people so unprepared that they don’t even know that there are many people of color on the Costa Chica?

Aniceto Polanco maintains that Mexicans do not advance like other races in the United States, because they have not stopped discriminating against each other, just because of the color of their skin.

However, he appreciates that, through education, his own children, Jesús, Ilse and Sergio, and the new generations of Latinos in the United States “are having a more inclusive mentality; We could see it with the Black Lives Matter demonstrations where all young people were one, fighting against injustice.”

Odilia Romero, co-founder and executive director of Indigenous Communities in Leadership, who is an independent interpreter of Zapotec, Spanish and English for indigenous communities in Los Angeles and throughout California, says that the fact that I speak another language, “I dress differently and my physiognomy is dark or different lends itself to being treated differently and with a certain contempt”.

“It’s an everyday bread,” he says.

If you had the opportunity, how would you educate someone who behaves that way with you?, he is asked.

“I think it is a personal responsibility; it would be necessary to search in Google and know the diversity of the 364 languages ​​that exist, and in the end, if you discriminate against me and apart from that I have to educate you, that’s really a bastard!”.

He refers that the Pew Hispanic Center report on Latinos who are being discriminated against is “interesting,” “but it does not contemplate us as indigenous peoples.”

“When we talk about the Mexican population and the Latino community, we don’t exist in those reports,” Romero says. “And yes, there is a lot of racism from Latinos and Mexicans, although first you must know what it means to be Mexican, and if we talk about indigenous Mexicans, then it is clear that there is institutional discrimination and linguistic violence as part of a project of extinction of our existence”.

The discrimination of Latinos against Latinos is an established issue, in which it must be considered that Latin American and Mexican societies are not homogeneous societies, but linguistically and racially diverse.

This is how Professor Gaspar Rivera Salgado, director of the Center for Mexican Studies at UCLA, conceives it, who states: “This issue of racial diversity has been a historical conversation at the level of public policy in Mexico, where various constitutional changes are now being considered.”

Indeed, a reform initiative on the rights of indigenous and Afro-Mexican peoples seeks to modify 15 articles of the Mexican constitution, based on history, roots and ancestral culture, as an act of elemental justice and humanity, which responds to long struggles of resistance against the persecution, harassment, exclusion, discrimination, racism and dispossession suffered by the indigenous peoples of Mexico.

The National Institute for Attention to Indigenous Peoples delivered to President Andrés Manuel López Obrador a constitutional initiative to draw up the changes needed by indigenous and Afro-descendant peoples; also to face the historical discrimination they have suffered.

Rivera Salgado stated that, as Latin America is a homogeneous region, the diversity of linguistic and racial relations has to do with history: the racial democracy of Brazil or the ignored democracy in the Caribbean and its relationship with the people of Africa.

“We must not forget that most of the Afro-descendant peoples were in Latin America and a small contribution reached the United States,” says the professor. “The contribution of black slaves was throughout Latin America, and in the case of Mexico it is a matter of racial relations and discrimination.”

The discrimination of Mexicans against people of their own race is not a new issue for experts.

“The issue of skin color or colorism has to do with skin tone and economic, social and educational possibilities,” said Professor Gaspar Rivera. “It has a lot to do with our colonial past and the conquest of Mexico, when the Spanish implemented the hierarchy or racial supremacy they called blood purity, where they imposed the caste system and every non-white minority group -including criollos, mestizos and castizos. – was below the racial pyramid.

He adds that it was the conquerors who instilled many political, cultural or educational aspects, rooted in daily life where sayings such as “improving the race” are still heard “normally”, which, in the caste system, served to advance towards better economic opportunities. or social.

“That means you needed to whiten yourself to be someone else,” says the UCLA professor. “Haven’t you heard the expression that corn is Creole? That is the meaning they gave to a peninsular Spaniard who, because they were born, considered that they had already been contaminated and did not deserve to be representatives of the king, and that is why they were called Creoles.

In this way, discrimination increased with miscegenation in the description of the caste system that indicates where each non-white group should be.

“That notion of skin whitening has meant that the darker you are, the further down the racial pyramid you are,” says the director of the UCLA Center for Mexican Studies. “The concept was incorporated among the population; it is the internalization of the colonial concepts of racism with which we continue to navigate our world.”