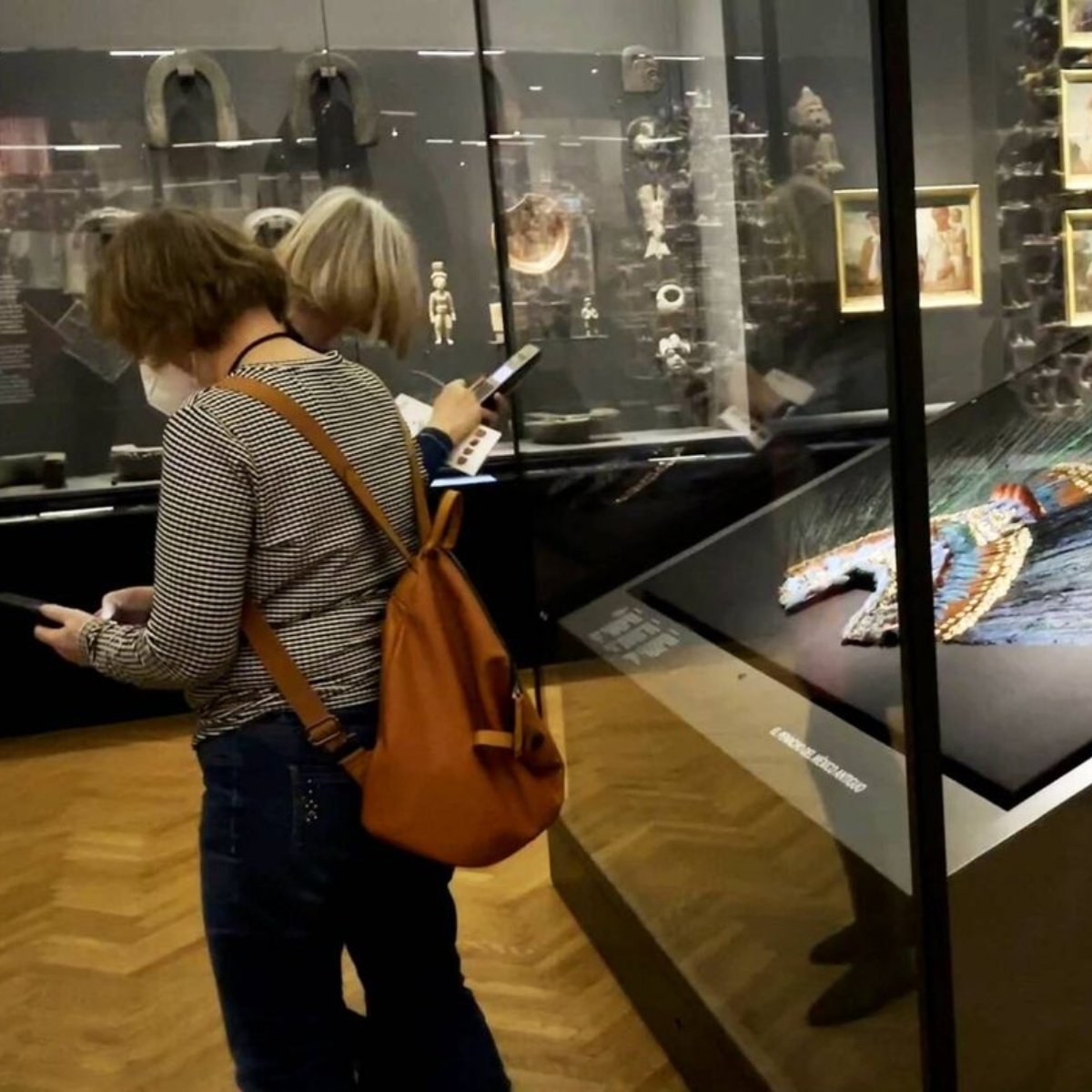 The Moctezuma’s headdress has been in constant debate because the Mexican government seeks to bring him back to the country, however, while this is happening, the Mexican documentary filmmaker Sebastián Arrechedera and the publicist Yosu Arangüena decided to take action on the matter, it was then that Mexicans “hack” Vienna Museum.

How do Mexicans “hack” the Vienna Museum?

Mexicans “hack” Vienna Museum and some time later they reveal everything for the medium “El Confidencial” Sebastian Arrechedera and Yosu Arangüena They say that it is more an act of protest where there was an audio change in the audio guides of the Viennese museum.

It was clarified that they never involved museum staff in the hacking of Moctezuma’s Headdress, but they did have the help of some volunteers of various nationalities. At the moment Sebastián Arrechedera and Yosu Arangüena have infiltrated 50 audio guides to the venue, with an audio identical to that of the originals but that tell the truth of the plume.

Mexicans “hack” Vienna Museum but they said that if they stole the audio guides from the museum they would be committing a crimeso they decided to buy identical devices and leave them together with the originals, an act that they practically consider as “a donation”.

To complete the plan, those involved took an audio guide, went to the bathroom and there they took out the device with the modified audio and when they returned it they left two.

They admit that the first day they were scared to death, but they add “what we realized is that it was very simple to put them in. The audio guides are not counted, they throw them in a cubicle, recharge and take them back to the visitors. It’s very simple, at least until you read this article, they confessed.

Similarly, they pointed out that this hack has nothing to do with the President of Mexico, Andrés Manuel López Obrador, who wants to bring back the Moctezuma Plume.

Mexicans “hack” the Vienna Museum and when giving their interview they say that being linked to AMLO “takes away strength” from their project, which will be a documentary titled “Audioguides of Truth. When we listen to each other, the story changes.”

What does the modified audio say about Moctezuma’s Headdress?

The new audio guide message is available in English, Spanish and German and reads: “Hello, welcome to this truth audio guide. A version of the story told by the heirs of those of us who suffered the European invasion. My name is Xokonoschetlet Gómora, I am an Aztec descendantand I have dedicated my life so that the sacred crown of our emperor Moctezuma returns to our land”.

The beginning adds: “Today is August 13, 2021, it is a day of mourning for Mexico because it marks the 500th anniversary of the destruction of Tenochtitlan at the hands of the Spanish invader Hernán Cortés.”

The Mexicans “hack” the Vienna Museum with an eight-minute audio in which it is explained that the well-known Moctezuma’s Headdress is not actually a headdress, but a royal crown and that its spiritual value is equivalent to the Pope’s miter.

He also says that the fact that the piece is in Vienna is due to the “European looting of historical heritage which is exhibited in several museums on that continent” and finally rejects that the argument to deny its return to Mexico is because it cannot be moved to be preserved.

Sebastián Arrechedera and Yosu Arangüena managed to contact Petra Bayr, a socialist parliamentarian from Austria, and asked her to present a new analysis to parliament to determine whether or not it is really possible to move the Plume, but was frustrated because Mexico could use it with dyes. political and electoral

Why does Austria have Moctezuma’s headdress?

Supposedly, Cortés sent the plume to King Carlos I of Spain, a monarch who was part of the Habsburg family who hailed from Austria, so he would play an important role in the final fate of Moctezuma’s plume in Austria.

Nowadays Moctezuma’s Headdress is worth 50 million dollars. However, the Austrian government has not wanted to return it to Mexico, so Mexicans “hack” the Vienna Museum.