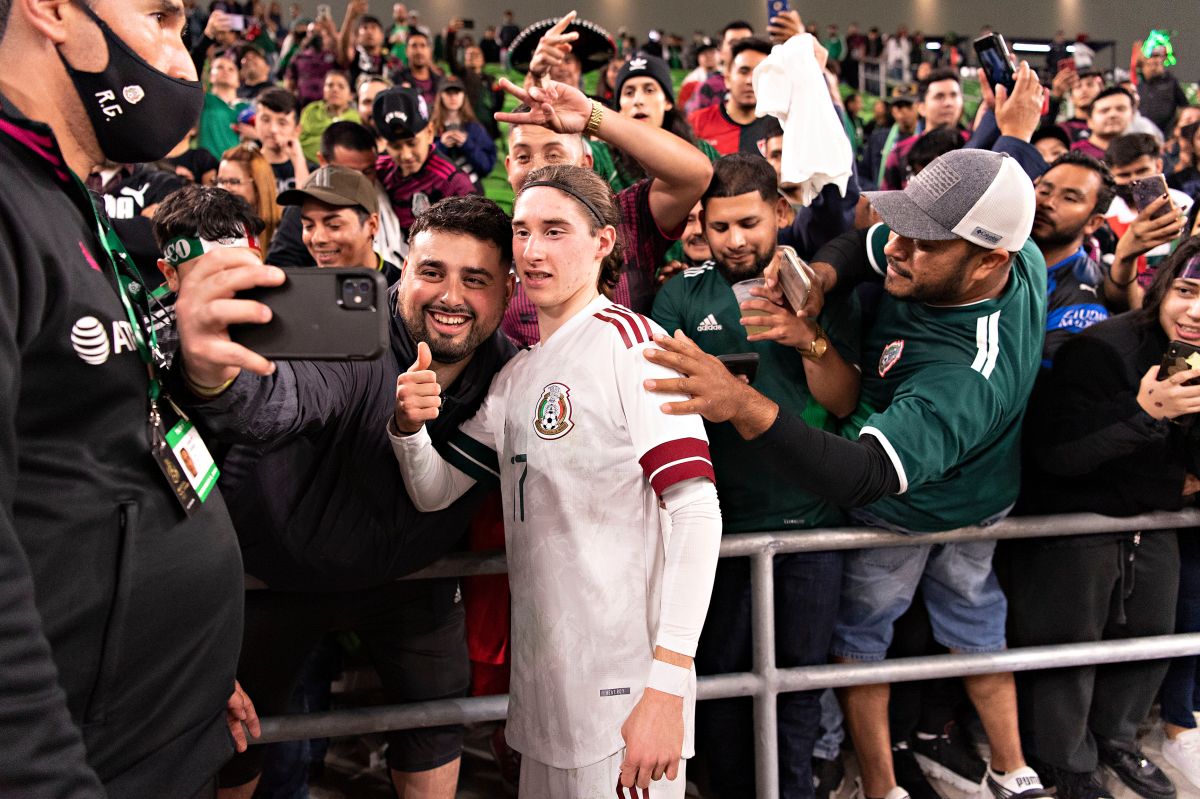 Everything seems to indicate that it is very close to being born a new idol in the Mexican national team. There is a lot of expectation around Marcelo Flores placeholder image, Arsenal footballer in England who is increasingly having more participation with El Tri. Gerardo Martino made him debut against Chile and the Aztec fans they celebrated their participation with Mexico.

Despite the fact that in the previous one there was talk of his possible title against Chile, “Tata” preferred to leave him on the substitute bench. Marcelo Flores received the opportunity to play in the 83rd minute and fans at Q2 Stadium in Austin, Texas greeted him with a standing ovation.

El Tri did not go beyond the draw against Chile, but after the main referee whistled the end of the match, the spectators had a clear objective: get a photograph or autograph of the promising youngster from England’s Arsenal.

In this sense, Marcelo Flores showed his simplicity by answering the call of the fans. The young footballer did not mind taking the time to have a warm meeting with the fans of the stadium. The The popularity of this footballer who has only played for about ten minutes with Mexico.

Marcelo is not from Mexico yet