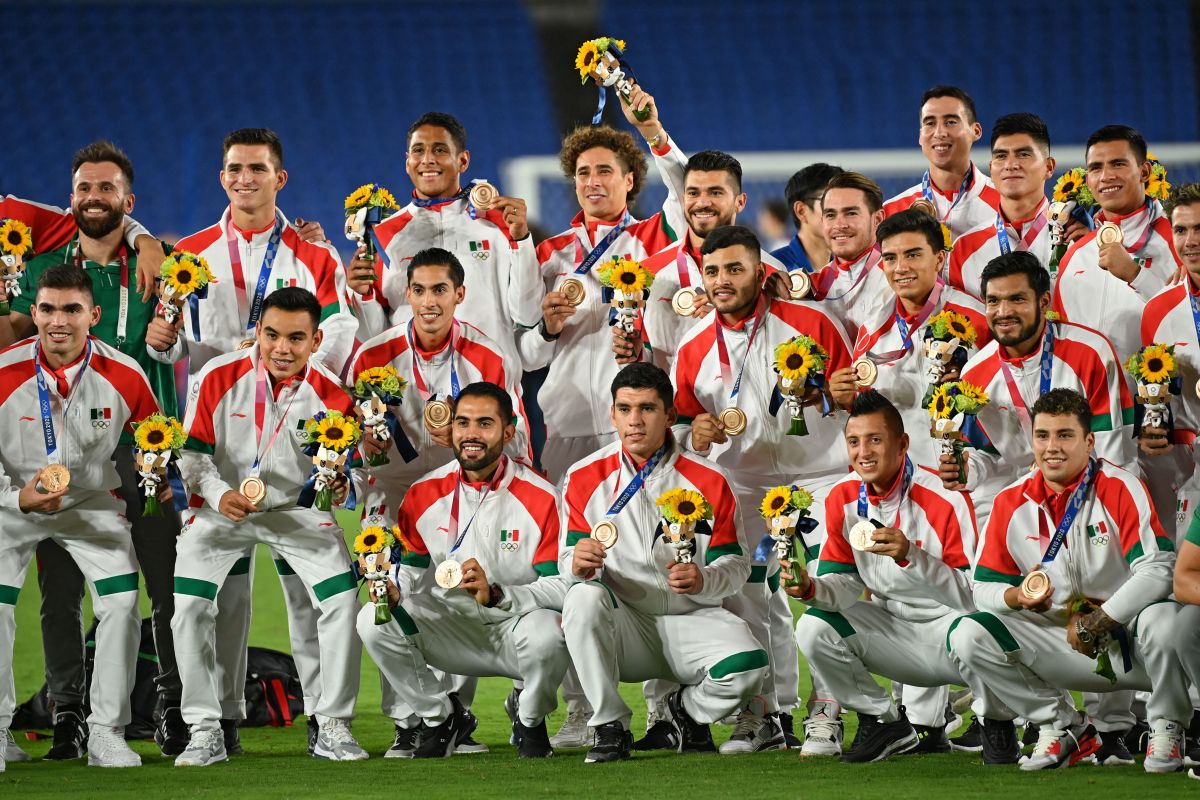 Mexico achieved a good participation in the Tokyo 2020 Olympic Games. Although there was some disappointment for not reaching the final, the bronze medal does not end up being such a bad reward after seeing El Tri with Spain and Brazil on the podium of the competition.

The Aztec team had to wait for the gold medal match to end. La Canarinha beat “La Roja” and managed to hang the second gold medal in a row. After confirming the result, the organization proceeded to deliver the medals and, in this sense, the deserved recognition to the Mexican players.

BRONZE 🥉 FOR MEXICO IN #football! 🇲🇽

Moment in which the players of @miseleccionmx receive their medal from #BRONZE of # Tokyo2020 #OlimpicosTelemundo pic.twitter.com/RBNLdHQKla

Jaime Lozano says goodbye to El Tri olimpico with a medal on his record. Without a doubt, it was a great contribution that the strategist made for the Aztec cause. Mexico arrived in Tokyo as the new Concacaf Pre-Olympic champion and proved his candidacy at the Olympics.

Memo Ochoa posing with his OLYMPIC MEDAL. A well deserved award for the best goalkeeper in the history of the Mexican National Team. IDOL. pic.twitter.com/zMLY5U1sSm

Finally, El Tri leaves the competition with a balance of three wins and two losses, although one of them was through penalties with the team that would finally be placed at the top of the podium: Brazil.

This will be a remembered edition of the Olympic Games for Aztec history. Mexico was able to get ahead and took revenge on history by defeating Japan at home, a triumph that would give him the bronze medal that he hung on the chest of great footballers who represent the present and future of the football world of the national team.

This is how Mexico received the bronze medal 🥉🇲🇽🙌🏻.

Samba is danced in Tokyo 2020: Brazil beat Spain and took the gold medal

Victory for Mexico that puts it on the podium at Tokyo 2020: El Tri defeated Japan and took a historic revenge

Moving videos of Mexico’s victory: the tears of “Memo” Ochoa and the farewell of Jaime Lozano from El Tri