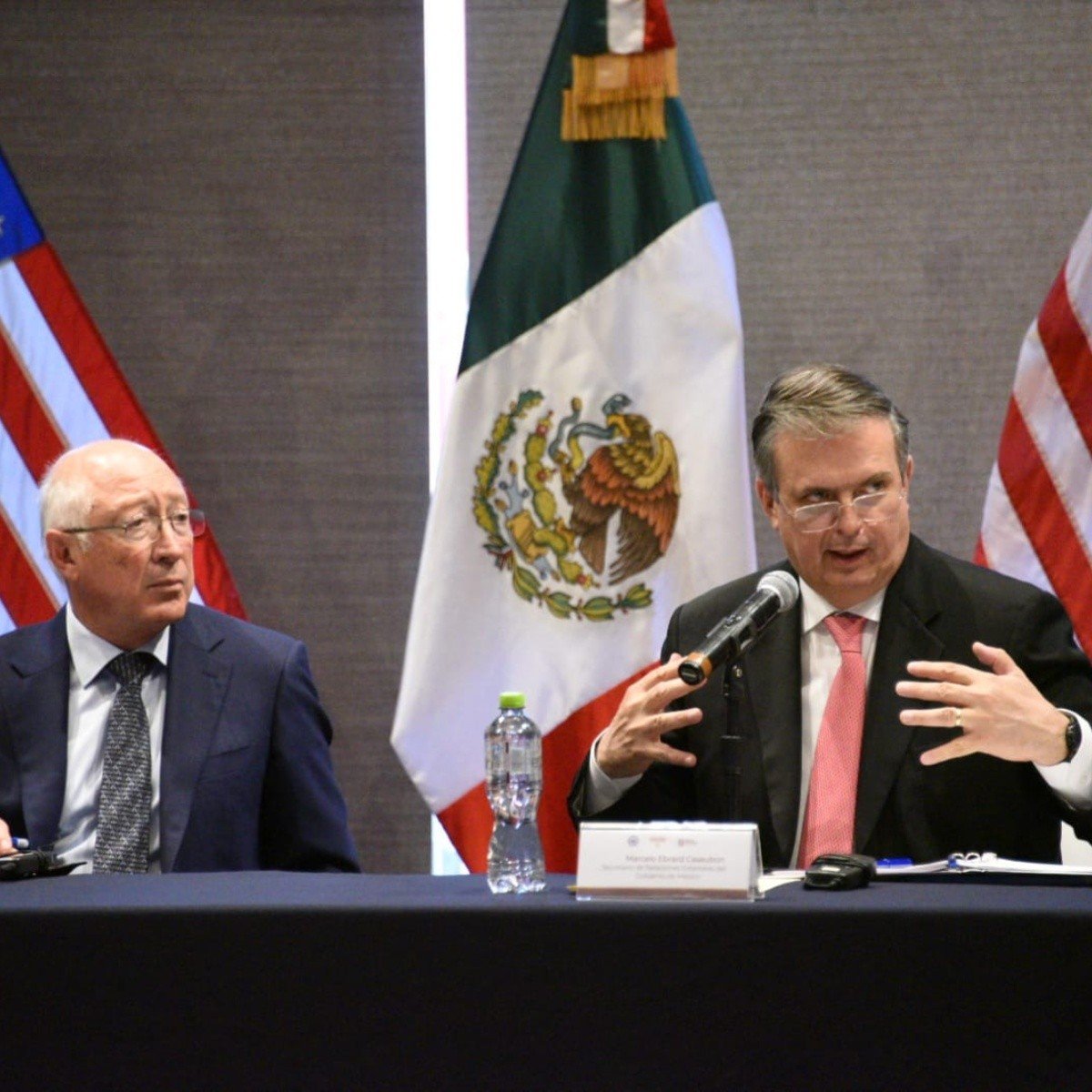 Mexico.- The Secretary of Foreign Relations, Marcelo Ebrard and the ambassador of the United States, Ken Salazar They agreed to modernize the border ports of entry as well as the construction of new accesses in order to contribute to the economic growth of the cities along the border.

This was stated by the officials during their meeting in the city of Tijuana, Baja California, where the Governor of Baja California, Marina del Pilar Ávila Olmeda, and the Undersecretary of State for the Office of International Narcotics and Compliance Affairs were also present. Law, Todd Robinson.

During the forum, 13 infrastructure projects between Mexico and the United States were discussed. The projects will boost economic growth and improve living conditions for people living in the border region.

Likewise, on the Chihuahua-New Mexico border, the modernization of the San Jerónimo-Santa Teresa Crossing and its access roads will speed up the crossing and will represent an alternative to relocate the commercial traffic that currently crosses the Ciudad Juárez-El Paso urban area.

During his speech, Foreign Minister Ebrard pointed out that the integration between Mexico and the United States is underway “Thanks to the production processes and high-level dialogues to speed up our supply chains and production capacity, in the pharmaceutical, medical, electromobility and other sectors.”

“As a result of that conversation that President López Obrador had with President Biden, Mexico has made some decisions (approved projects)… this is an investment to date of 700 million dollars approved and all are already in stages of varying degrees of Advance” emphasized.

The objective and the instruction of both presidents, he pointed out, is that “by the end of 2023 everything that I have just said is working… because they want this border, it is and will be the busiest in the world.”

For his part, Ambassador Salazar said that “it is an important and historic day” and assured that we are at a time where with “President Biden and President Andrés Manuel López Obrador, we see the relationship between the United States and Mexico in a very positive way.”

“What has to be done is to ensure that we move forward in what is a joint plan between the United States and Mexico to create a border where people, culture, commerce, security, can be seen throughout this border. three thousand kilometers, two thousand miles”he indicated.

The Government of Mexico, through the Ministry of Foreign Affairs, reaffirms its commitment to speed up the supply chains between the two countries and thus seek the well-being of its peoples and the 13.6 million inhabitants who live in the Mexico-United States border region Joined. It is estimated that more than 5 million jobs in the United States depend on trade with Mexico. More than half of total US exports to Mexico can be attributed to the four border states.