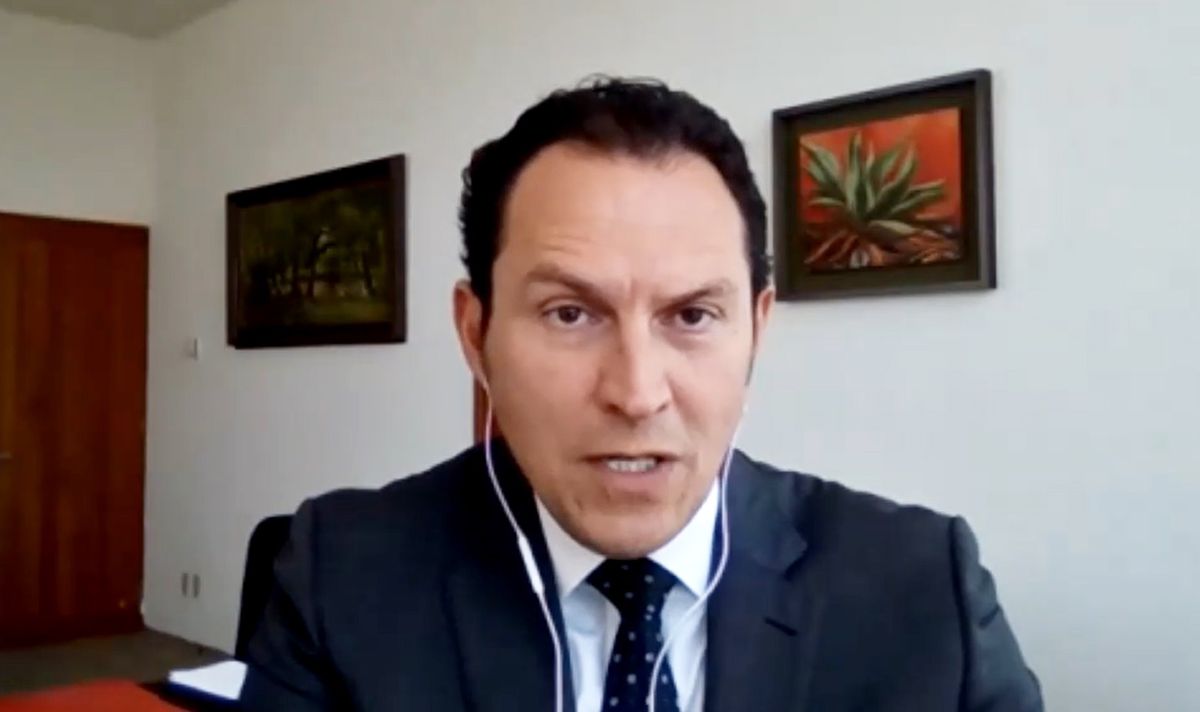 The lawsuit of the Government of Mexico against the arms producers in the United States awaits a decision by District Judge Dennis Saylor, in Massachusetts, but the bipartisan reform revealed by the Senate could mean a substantial change in the fight against arms traffickingwhich seriously affects Mexicans.

“[Ayudaría a México] that a law be drafted that condemns the illicit trafficking of weapons, this is very revealing, There is no crime of illicit arms trafficking in the United States.“, Alejandro Celorio, Legal Consultant of the Ministry of Foreign Affairs (SRE), who coordinates the lawsuit filed by Mexico in 2021, said in an interview.

The bipartisan plan adds sanctions to stop arms trafficking by amending regulations on drug trafficking and terrorism, so that producers and distributors avoid selling weapons to those who buy large quantities.

“It shall be unlawful for any person to knowingly purchase, or conspire to purchase, any firearm in or otherwise affect interstate or foreign commerce,” states Section 12004, entitled “Stop Illegal Firearms Trafficking Act.”

It refers to the fact that there are “reasonable reasons” that these transactions are to benefit drug traffickers or terrorists, that they have “the intent to use, carry, possess, or sell or otherwise dispose of the firearm to commit a felony, a federal terrorism offense, or a drug trafficking offense.”.

Journalist Ioan Grillo, author of the book “Blood, Gun, Money: How America Arms Gangs and Cartels,” acknowledged that including these amendments in the bipartisan bill would help “significantly” reduce arms trafficking in the United States and to Mexico.

“This includes tightening the sanctions on buyers of recurring [que compran a cuentagotas] and those who sell weapons without a license”, celebrated Grillo.

Celorio compared the concerns in the US about weapons and what is happening in Mexico, explaining that in the end everything resulted in the same problem: the lack of control over the sale.

“The common challenge is the availability of weaponsCelorio said. “So while in the United States we are concerned about the availability of weapons and their use against children and civilians in ordinary places such as supermarkets, churches and hospitals and schools, well for us [en México] we are concerned about that same accessibility or access to weapons by criminals.”

He added that it is the same negligence, the same lack of care in the distribution of weapons to allow a person without the necessary maturity to buy weapons and then kill children or for a criminal to acquire them to commit his crimes.

The Mexican government estimates that between 500,000 and 800,000 weapons enter Mexico illegally from the United States.. About 20 percent are produced in Europe, but arrive across the northern Mexican border.

“Most of the weapons come from the United States and it is not only easy to buy the weapons, but also the companies that we are suing, which are the largest Smith & Wesson, Glock, Colt, these companies knowing that their products use them criminals and organized crime organizations in Mexico do not do anything to avoid them,” Celorio lamented.

The demand of the President’s Government Andres Manuel Lopez Obrador seeks that these companies take responsibility with concrete actions.

He accused that the negligence of the companies that produce arms actively facilitates the illicit traffic of their products to Mexico.

The Mexican government is asking the judge to order the companies to change their practices, to prevent illicit arms trafficking, such as avoiding selling them to clearly dangerous people, with criminal records, the amount of weapons that are sold to a single person.

“A person today can buy five, ten military-style rifles on Monday and on Tuesday he buys another, and on Wednesday others”, lamented Celorio. “The judge could order the companies to monitor and discipline their distribution line, basically to conduct their business more carefully and more responsibly.”

Also the judge is being asked to make companies implement technology that allows weapons to be traced, which could prevent their use in crimes.

Added to this, The Mexican Government asks to compensate $16,000 million for damages caused by arms trafficking.

“Although money is not the most important thing, the important thing is the changes in behavior, as any civil lawsuit for damages must have a component in money, that is the formula, that is how it works in the United States, but it is also a element of pressure for the shareholders of these companies”, he explained.

What’s next in court

Any day soon, Judge Dennis Saylor could make a decision on the lawsuit promoted by Mexico, which has been legally supported (as friends of the court) by 14 US attorneys general, including the city of Washington, DC

The defendants are asking the court to dismiss the lawsuit, considering that Mexico does not have jurisdiction.

“On April 12 we presented oral arguments on this specific issue of dismissal motions and we hope that the judge will resolve on any day,” Celorio said.

The COVID-19 pandemic, he said, has complicated the progress of the judicial process, but also the number of documents that have been generated, including the 250-page “friends of the court.”

“There are many arguments, our lawsuit is very robust, with many innovative legal arguments and the judge will have to decide based on the law,” Celorio said. “Then, well, you have to analyze one by one, correlating them to make a determination and there are eight companies sued, then we can have a resolution that is a mixture and says for this company if I dismiss the lawsuit, for this one no, it depends, that is why it is It has taken so long.”