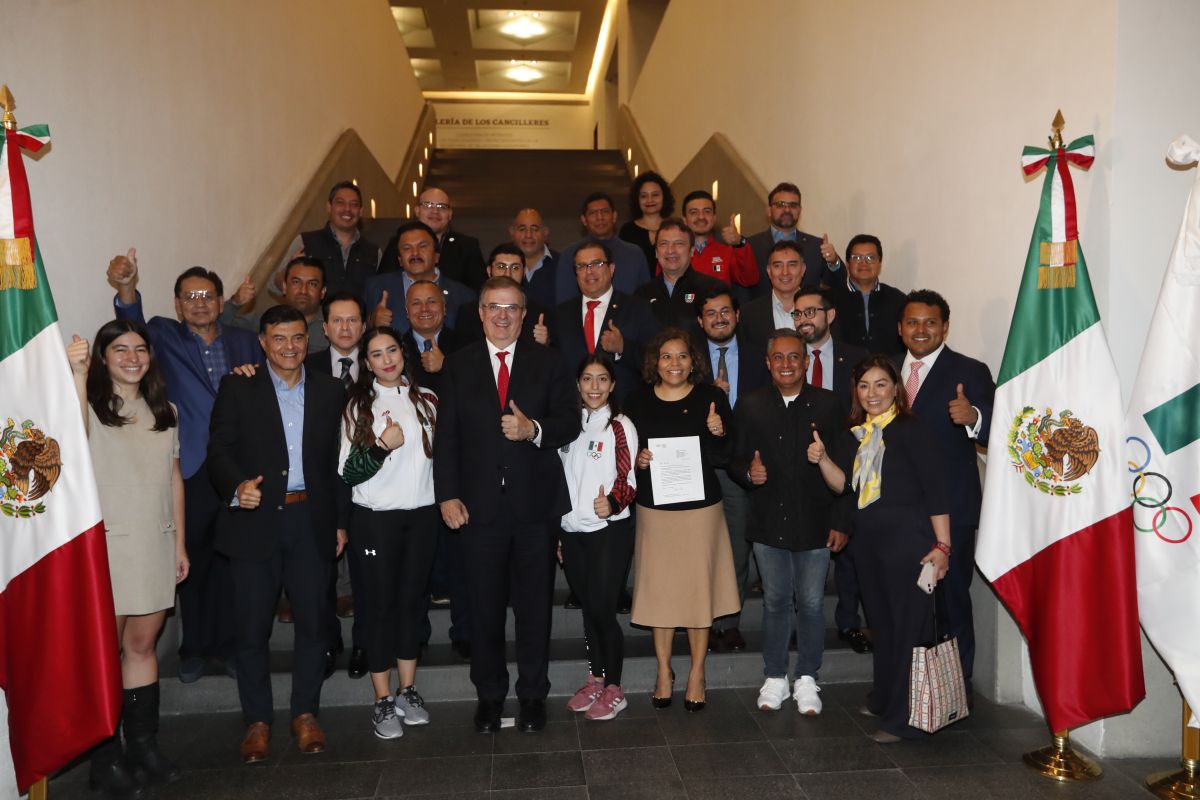 Six months after the 100th anniversary of its foundation, the Mexican Olympic Committee (COM) formalized its candidacy to host the 2036 Olympic Games, after the 2032 Brisbane Olympics to be held in Australia.

At a press conference held at the Mexican Foreign Ministry on Wednesday afternoon, the Secretary of Foreign Affairs, Marcelo Ebrard Casaubon, together with the president of the Mexican Olympic Committee (COM), María José Alcalá Izguerra, unveiled the letter in which the president of the International Olympic Committee (IOC), Thomas Bach, considered Mexico as a viable candidate to host an Olympic Games.

“We see ourselves as a triumphant, successful, ambitious and respectful country of international norms”, were the words of Ebrard.

Olympic Games Mexico 2032 would be without debts

Foreign Minister Ebrard provided a breakdown of the funds with which the Olympic event would be organized, stating that Under no circumstances would Mexico go into debt, since they plan to use the infrastructure that the country already has and the government would only provide 10% of the financing.

In this order of ideas, Alcalá assured that the fact of taking the road again to host the Olympic Games will put Mexico on the right path. “This path can lead us to the promotion, development and strengthening of sport in our country.”

On November 30, the list of people who will make up the Promotional Committee of Mexico will be announced. which will be made up of businessmen, cultural representatives and athletes.

If the formal approval of the Executive Board of the International Olympic Committee is obtained, Mexico will receive the Olympic Games for the second time. Let us remember that the Aztec country received the Games of the XIX Olympiad in 1986, where it won 5 gold, 1 silver and 5 bronze medals.

Toluca technical director, Ignacio Ambríz: “Things are screwed up**, but there are still two 45-minute halves with little to lose and a lot to gain”