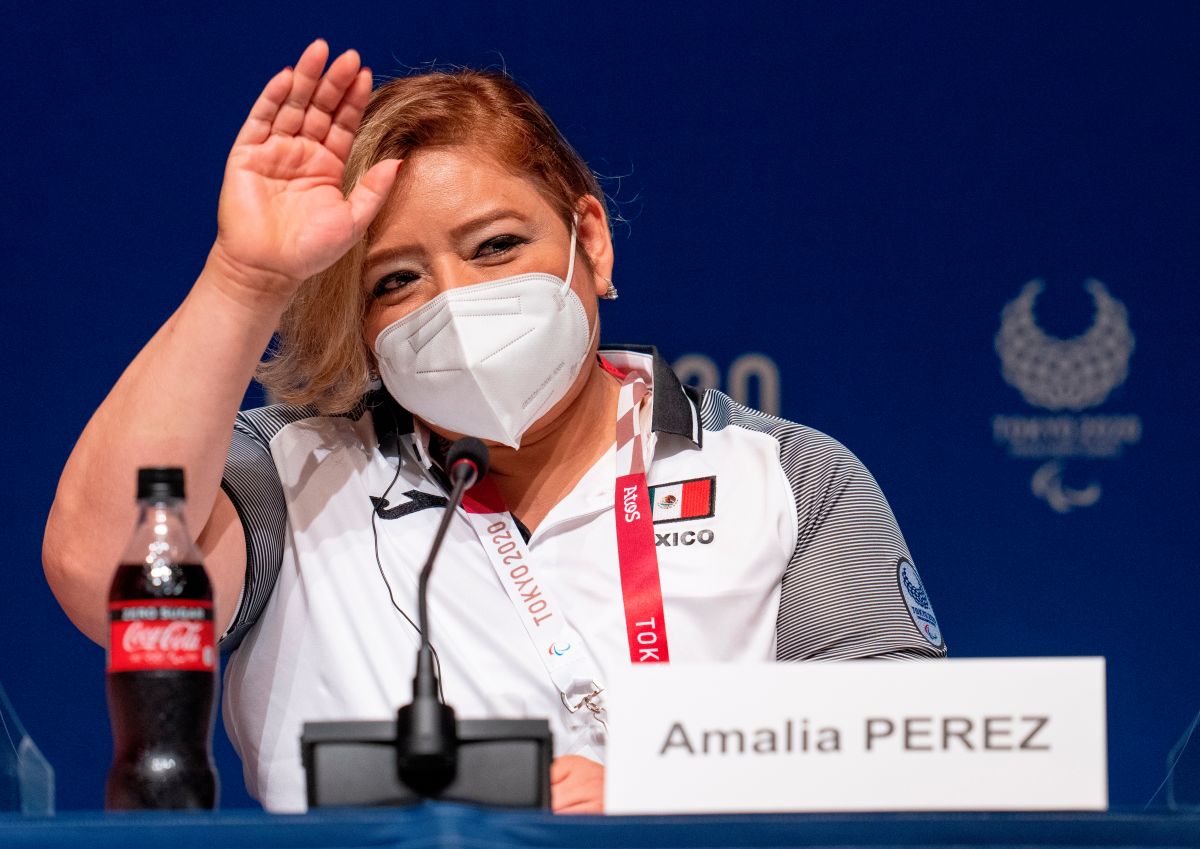 The Mexican Amalia Pérez obtained this Saturday in Tokyo her fourth Paralympic gold in weightlifting, which enlarges the legend of one of the best parathletes in history and is, according to her, the most valuable of her medals achieved to date.

Pérez (Mexico City, 1973), faced in the Japanese capital his sixth participation in a Games and, as in the previous three, se wears a gold medal back home.

“This is my sixth medal, and my fourth gold, but since these Games were the ones I wanted the most of all, I will put it first.“Said an exultant Pérez at the end of the final held at the Tokyo International Forum.

The weightlifter and flag bearer of Mexico in these Games competed in the category of up to 61 kilos, and lifted 131 kg in his best attempt, the last, with which he managed to rise to the first place.

“I had in mind that my last lift had to be perfect. I made some technical mistakes in my two other lifts, but I knew that the end had to be perfect for the judges, ”explained Pérez, who was born with Congenital arthrogryposis, a condition that reduces muscle strength in the legs.

The Mexican was ahead of the Uzbek Ruza Kuzieva (130 kg) and Nigerian Lucy Ejike, with the same brand and who holds the world record in this category (142 kg) that Pérez had set out to break.

Although it did not achieve the record, it did add more shine to a dazzling record with six medals (four golds and two silvers) in the six Paralympic Games in which he has participated.

“I am proud to represent this sport and I am proud that constant hard work has yielded these results.“Said the Mexican, who celebrated the victory with her coach and spouse, Enrique Alvarado.

Pérez, whose personal motto is “If you don’t dare, you will never fly”, began practicing sports at the age of six in his rehabilitation program, and She started weightlifting at 18 when she was fit for this discipline and with the goal of participating one day in the Paralympic Games.

Today, with 48 years and a brand new gold just hung around his neck, He is already thinking about his next challenge and the next Games.

“Tomorrow I will return to Mexico and start preparing for the Georgia World Championships and for my qualification for Paris 2024He said after the competition.

“I will keep working and racing until my body endures. Since my first Paralympics in Sydney 2000 I have been waiting for God or my body to tell me when to stop, but that has not yet come so I will continue, “he added.

The Mexican hopes that her legacy will be “Empower other women and other generations to come” in Paralympic sports. “We can achieve anything we set our minds to,” he said.

🤩All our recognition of your career, Amalia Pérez! 🤩

💥After getting gold in Beijing 2008, London 2012 and Rio 2016, the athlete added her fourth gold medal in the Paralympic games🙌

Tokyo 2020: meet the Mexican athletes who won Olympic medals for other countries

“There is doping in swimming”: the outrage of Ryan Murphy after losing the gold medal against a Russian athlete in Tokyo 2020

There is “Checo” for a while in Formula 1: the Mexican driver will remain at Red Bull until 2022