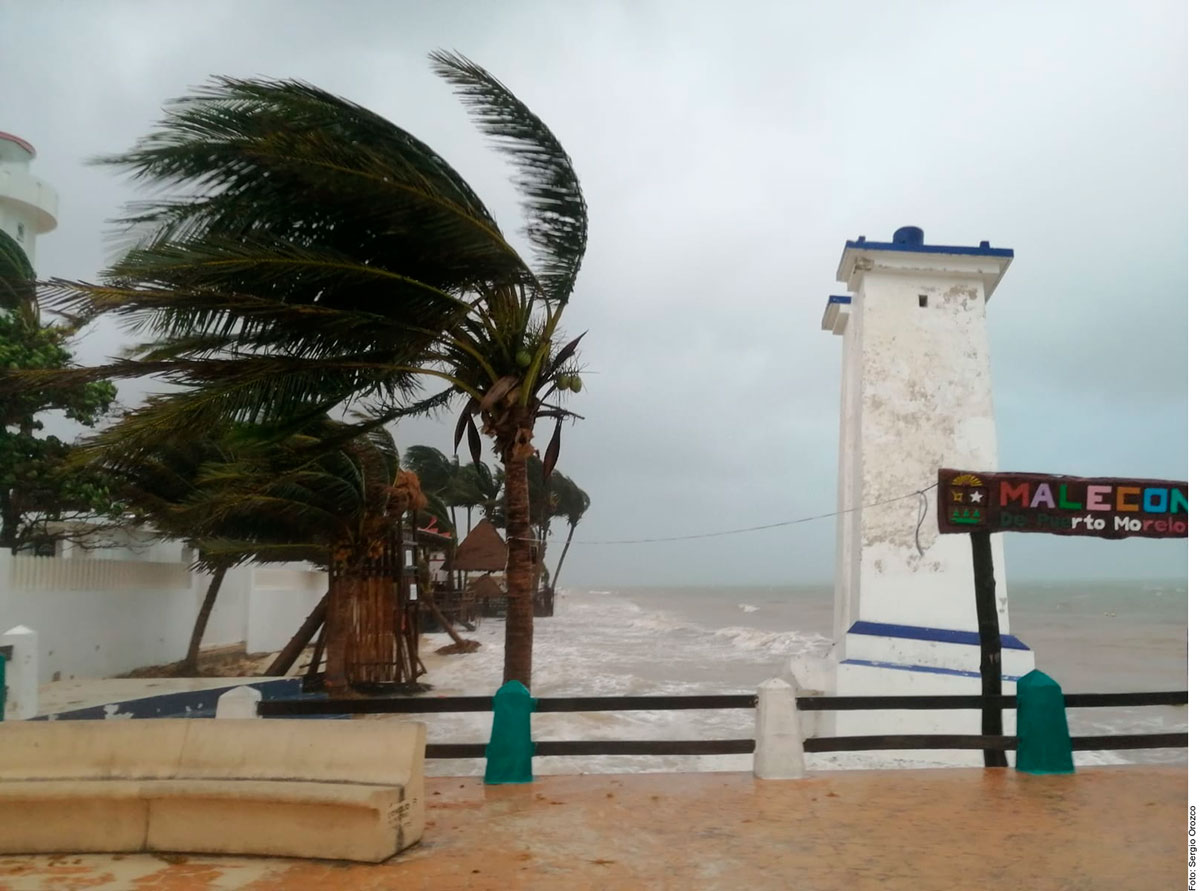 The States of Quintana Roo, Yucatán, Tabasco, Campeche and Veracruz remain on maximum alert before the arrival of Grace that hit the Yucatan Peninsula as category 1 during the early hours of Thursday morning and has already been downgraded to a Tropical Storm.

“Let all the people know that we are pending, that the entire government is attentive to help,” said the president of Mexico, Andrés Manuel López Obrador, in his morning conference from the National Palace.

It was after 4:00 in the morning of this Thursday, August 19, time in central Mexico, when the force of Grace, still a category 1 hurricane, was felt on the coasts of the Mexican southeast when it made landfall in the Yucatan Peninsula.

Videos are broadcast on social networks where the arrival of the meteorological phenomenon to the Mexican coasts is observed.

In #Tulum, #Quintana Roo, the #rain and they are presented #winds strong due to the proximity of the #Hurricane 🌀 #Grace.

Under the influence of #GraceThis is what this sunrise looks like from # Cancun #Quintana Roo.

In the presence of the meteorological phenomenon, The Mexican Government reported on the deployment carried out by the Secretariat of National Defense (Sedena) with the DNIII-E plan, which consists of four groups with a total of 40 vehicles and 429 members of the Mexican Army.

#Release. The Mexican Army applies the DN-III-E Plan in its PREVENTION phase in the state of Quintana Roo. Https://t.co/cpNnfp9TqO pic.twitter.com/2BtopqOBDQ

To protect the population from thunderstorms and heavy rains, we also the Secretary of the Navy (Semar) activated the Marine plan where it deployed 341 troops, 32 vehicles and 5 aircraft.

In addition, the Federal Electricity Commission (CFE) had more than 1,200 electricians in strategic points in southeastern Mexico to attend to failures in the electricity service, while the National Water Commission (Conagua) also has 113 brigade members ready to act. .

The Secretary of Civil Protection, Laura Velázquez, also pointed out that there are around 500 workers from the Ministry of Communications and Transportation (SCT) to deal with the effects on land roads.

This is how the #Hurricane #Grace impact #Quintana Roo during the early morning. Subsequently, it weakened to #Tropical storm as it advanced over the Peninsula of #Yucatan.

According to forecasts, the Tropical Storm is expected to regain strength in the early hours of this Friday, August 20, when it begins to enter the Gulf of Mexico, a situation that could cause it to become a hurricane again.

🚩#Bulletin #SIATCT. #Grace degrades to #Tropical storm. It moves on land over the #Yucatan.

Continue Reading: Mexico on alert for the arrival of Category 1 hurricane Grace to the coasts of the Yucatan Peninsula