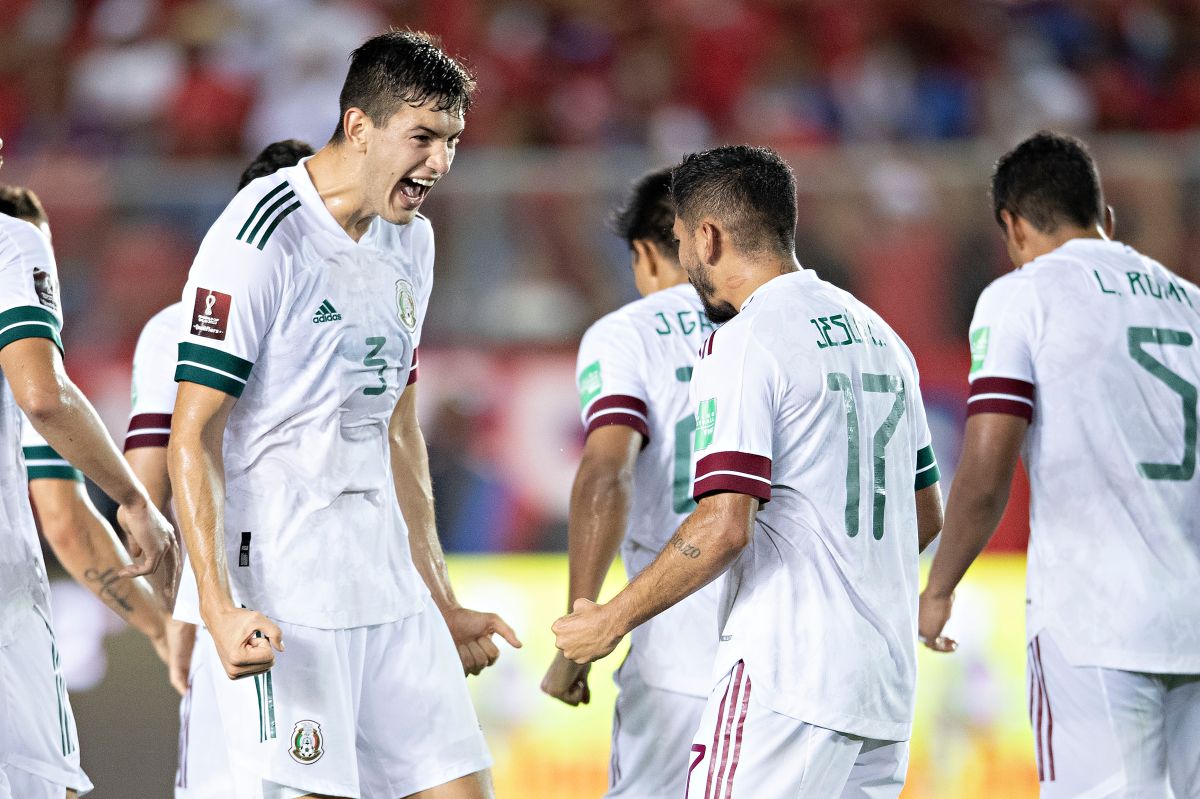 Without a presentation to launch rockets and with coach Gerardo Martino recovering from surgery, Mexico sweated to get a draw and with 7 points kept the lead on the third date of the octagonal of the Concacaf qualifiers, but under the harassment, a 2, from Canada, the United States and Panama.

Costa Rica, Honduras and El Salvador disappointed with their results and with the same 2 integers they form a trio of selections that they have lost distance with the vanguard. Jamaica continues in the basement with one. October 7 will be the next appointment.

This is how the standings go in the CONCACAF Octagonal Final after three dates! ⚽️🔥🏆

Honduras vs. United States: a scare that charges with a landslide

For Honduras, who was able to win but did not know how to maintain the advantage and was diluted in the last 15 minutes, it was like a big sour drink. Ricardo Pepi, The new jewel of American football, appeared at 75 minutes to trace the beginning of a vigorous comeback on someone else’s field by 1-4, and the first win in the final octagonal for the Stars and Stripes team.

Until then, ’empathitis’ seemed to rule the destinies of Honduras and the United States, which with three points summarized their career after three outings in the league. But with the win, Honduras fell to sixth place with 2 points, the same as Costa Rica, which is fifth, and El Salvador, now penultimate.

United States jumped to third place with the same 5 integers from Canada, which is second, and Panama, the fourth selection.

The battering ram of the Angolan Primeiro de Agosto Bryan moya he was able to change the draw trend for H with his goal in the 27th minute. But the urgencies of the American team began to have relief from the third minute of the beginning of the second part with both the English Fulham defender Antonee Robinson. Then came Pepi, the star of Dallas to unbalance the balance.

But the visitors wanted more to leave no doubts about his recovery, and then another new promise, 20-year-old Salzburg midfielder Brenden Aaronson increased in the 86th minute and Sebastian Lleget put the finishing touches on the 93rd minute.

Costa Rica vs. Jamaica: Costa Rica does not lift and Keylor saves

Costa Rica extended this Wednesday, for the third day in a row, its bad moment in the final phase of the qualifying rounds when they gave a 1-1 to Jamaica, last selection of the octagonal.

The Tica formation sought to leave the penultimate place this Wednesday, erase the disappointing start and get closer to the vanguard positions, but the overwhelming start, with a goal after three minutes, went overboard at the dawn of the second half.

The Saprissa striker Jimmy Marín put the locals ahead, but mistakes and doubts returned after Shamar Nicholson’s equalizer in the 47th minute.

Things could be worse for the pupils of Colombian Luis Fernando Suárez because At 87 minutes, goalkeeper Keylor Navas had to push himself to the limit to avoid the goal of the Reggae Boyz comeback.

Costa Rica, which on the fourth day, October 7, will visit Honduras, now he’s in fifth place with 2 points. And with one, Jamaica closes the row, which that same day will play in the payments of the United States.

The joy for the imminent jump of Panama to first place in the Concacaf qualifiers It was produced before half an hour of play by the forward of the The Bolivian Strongest Rolando Blackburn.

The wind seemed to be blowing in favor of the Central American Red and Spanish-Danish coach Thomas Christiansen was walking towards his first resounding victory since taking the bench. But in minute 76, Jesús Corona appeared to spoil the party. The Portuguese Porto striker guaranteed a draw that, added to the victories, they keep the lone Tri at the top of the standings.

As happened in last Sunday’s game against Costa Rica, Mexico‘s coach, the Argentine Gerardo Martino followed the game from a distance, as he is recovering from retina surgery, and on the bench was his assistant Jorge Theiler.

The tie was not all bad for the Panamanian team, who remains undefeated with 5 integers, the same from Canada and the United States, and without losing track of Mexican leaders.

On your next appointment Panama will visit the El Salvador team and Mexico will host the strengthened Canadian team.

Canada vs. El Salvador: Only 6 minutes of rebellion

The retaining wall erected by the Salvadoran national team at BMO Field, Toronto, He fell fast, at 6 minutes, because of Atiba Hutchinson. Barely 5 minutes had elapsed when the second blow from the English coach’s pupils arrived John Herdman through Jonathan David.

The game could well have ended after the first half because in the second those led by Hugo Pérez had no arguments to disturb Milan Borjan’s goal. Worse still at minute 59Tajon Buchanan put the icing on the cake and Canada rose in the rankings with their first victory in the octagonal final and 5 points out of 9 possible, which leaves him in second place.

El Salvador, who had drawn their first two outings with draws, he was parked in the basement of the classification with two points.

Chicharito spoke of his epic goal with his face: “Cristiano Ronaldo and Lionel Messi don’t have goals like that”

English “Canelo”: they want to take Saúl Álvarez to England