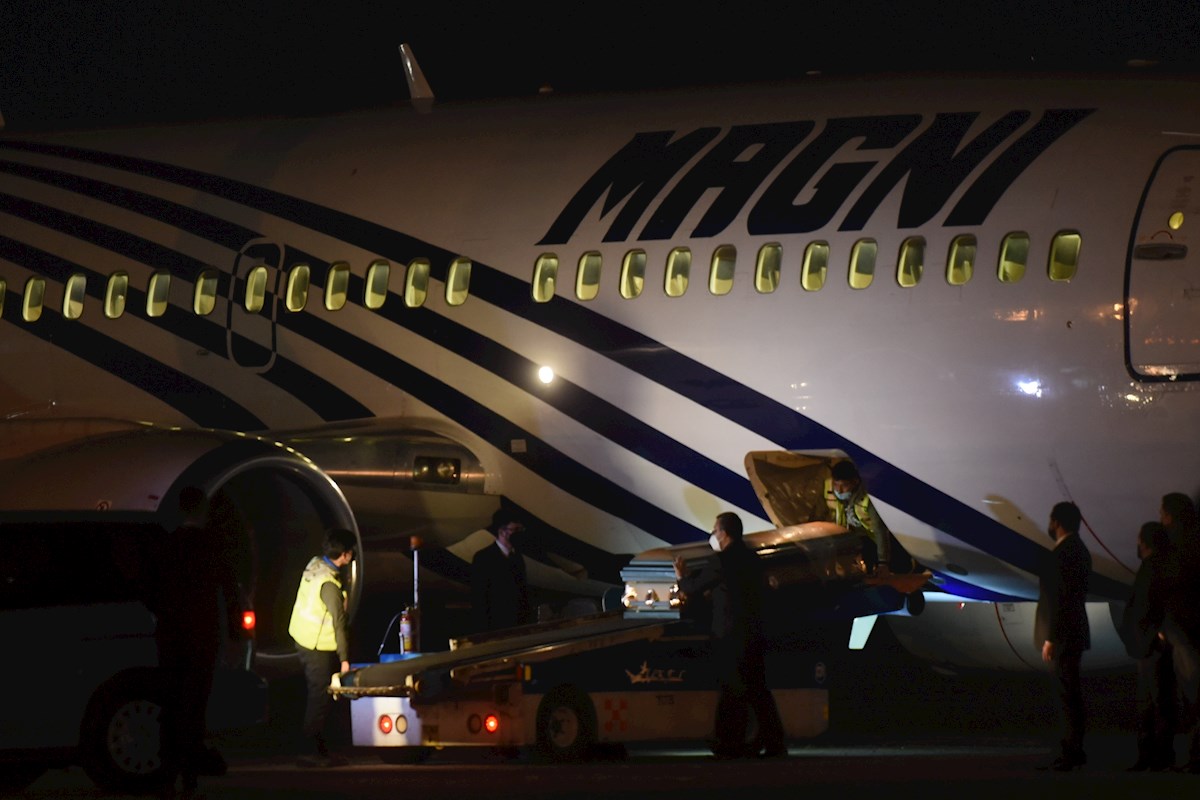 Guatemala received the first bodies of the deceased migrants in the traffic accident registered on December 9 in southeastern Mexico, where 56 people lost their lives and more than 100 were injured.

The bodies of four deceased Guatemalan migrants arrived at the Guatemalan Air Force yesterday, at 11:34 p.m. local time, repatriated from Mexico, according to Efe.

The tragic accident, which occurred on December 9 in the southeast state of Chiapas, left 56 people dead and 114 injured.

Coordination with the families of the deceased for the delivery of their remains was in charge of the Guatemalan Foreign Ministry, according to the Government chaired by Alejandro Giammattei on its official channels.

The names of the four repatriated migrants were not released by the Guatemalan authorities, who announced the return a few hours before it took place.

The bodies were lowered from the plane and placed in a hearse, from where they will be transferred to their respective native towns in the interior of Guatemalan territory.

According to the Government, the migrants belong to the departments of Chimaltenango, in the center of the country, and San Marcos, to the west of the Central American nation and adjacent to Mexico.

The accident occurred when a trailer carrying migrants hit the wall of a pedestrian bridge, during his journey through Chiapas, presumably because the driver lost control due to speeding.

The more than 150 migrants that were transported in the truck had the objective of crossing Mexico to reach the United States.

According to the Mexican authorities, another 10 deaths of Guatemalan nationality have been confirmed, and almost a hundred of the injured also came from the Central American country.

Every year more than 500,000 Guatemalans, Hondurans and Salvadorans try to emigrate irregularly to the United States in search of better living conditions, to escape poverty and violence in their native countries, based on calculations by experts and international organizations.

It may interest you:
Young man traveled to the United States to improve himself but died in a terrible accident
· Mexico and Central America create a working group against human trafficking
Migrants killed by truck overturn in Chiapas, Mexico rises to 56