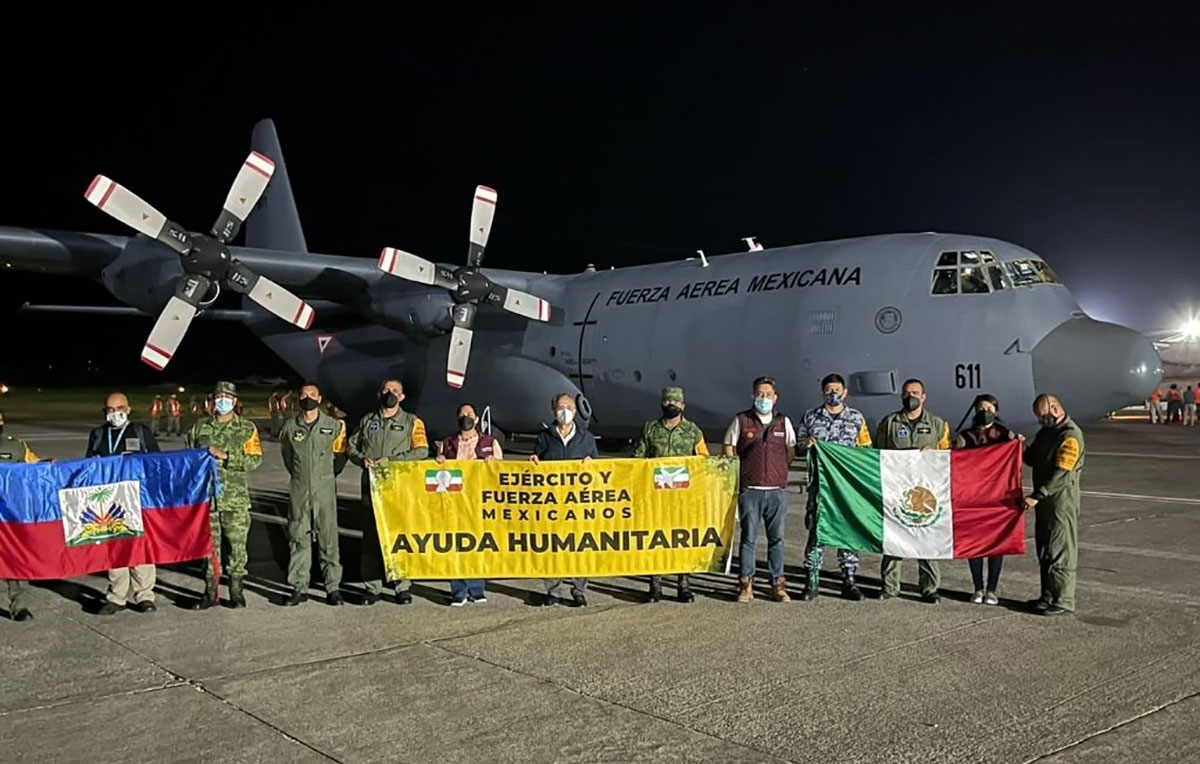 In a morning conference, the president of Mexico, Andrés Manuel López Obrador reported that the Mexican government sent 19 tons of humanitarian aid to Haiti after the earthquake of 7.2 degrees and that has left more than a thousand dead.

“A very poor town, with political problems. They have just assassinated the president and there is a situation of great instability and this other misfortune fell on them, “he said.

“We decided to support and we will continue to do so because nothing human is alien to us, forget about borders, we need to apply the criterion of the principle of universal brotherhood, not just abandon selfishness, individualism. To be very supportive in the family, with our fellow men and with everyone, “he said.

From the National Palace, Laura Velázquez, National Coordinator of Civil Protection, assured that Since Mexico learned of the Haiti earthquake, instructions have been received to coordinate the shipment of humanitarian aid to the Caribbean country.

“From the first minute we had the report of the record of this earthquake, we received precise instructions from the President of Mexico to coordinate with the Secretary of Foreign Relations with the lawyer Marcelo Ebrard, General Luis Cresencio Sandoval de la Sedena and with the Admiral Secretary Rafael Ojeda de Marina to immediately send the humanitarian aid that our brother country requires, ”he said.

The head of Civil Protection said that two aircraft of the Secretariat of National Defense (Sedena) have left Mexico with 15.4 tons that include 1,500 pantries, almost a ton of medicines, in addition to powdered milk and bottled water.

“We must identify that there is a generalized collapse in the country, today it was reported that all health institutions are lost or inoperable, and they have requested very specific support from us,” said Laura Velázquez.

Also the Secretariat of the Navy (Semar) mobilized 3.6 tons of emergency supplies in a plane with blankets, hygiene kits, lamps, wheelbarrows, shovels and other tools.

For his part, the Secretary of Foreign Relations, Marcelo Ebrard, shared photographs and images of the Mexican planes with humanitarian aid on his social networks.

The first Mexican humanitarian aid flight arrived in Haiti a few hours ago. The aircraft is coming back to collect medicines and equipment. pic.twitter.com/y9qsKOqoM6

Aircraft of the Secretariat of the Navy takes off for Haiti, second flight with humanitarian aid this day. pic.twitter.com/ZlA3vJQEvR

Help from Mexico to the people of Haiti already in flight to Port-au-Prince: pic.twitter.com/vLWyD8VwyI

According to latest report from the authorities of Haiti is 1,297 the death toll and 5,700 the wounded in addition to incalculable damages.