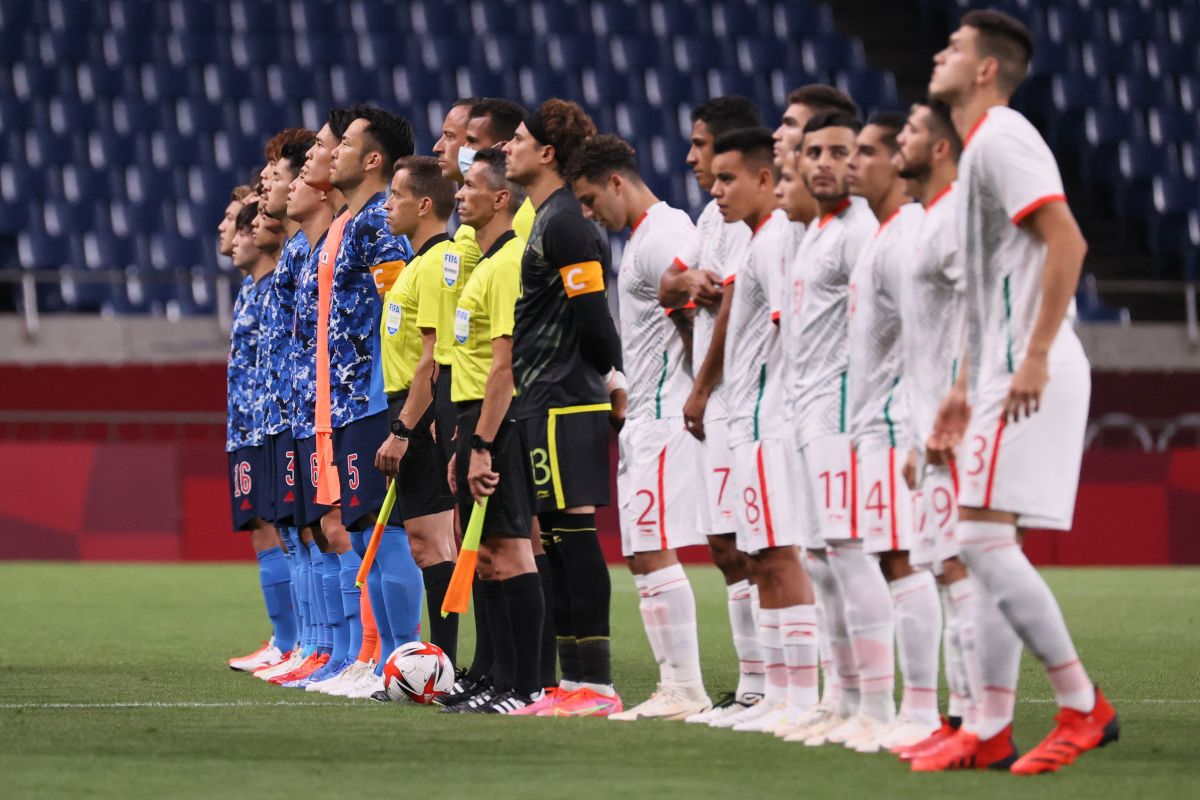 Mexico failed to achieve its goal of getting the gold medal at Tokyo 2020. The Aztec team was one step away from reaching the final of the tournament, but Brazil stood between the goals of Jaime Lozano and his team. Nevertheless, El Tri will have to turn the page and face the duel for the bronze medal against Japan, on Friday, August 6.

However, they will face a powerful Japanese team that knew how to beat them in the group stage.
El Tri could not overcome the Amazonians and was relegated to fight for the bronze medal. It remains a major challenge, although the biggest goal was gold. Jaime Lozano and his managers have the possibility of overcoming the constant fourth place that Mexican athletes have reached in Tokyo 2020.

# Olympic We face 🇯🇵 again!
Now for the bronze medal! 🥉

However, your last rival will be the host. Japan proved to be a great team in the tournament. The Japanese only lost one game and it was in semifinals against Spain. For the rest, everything has been victories for the Asian team.

Among those triumphs, the one they got against Mexico in the group stage stands out. Japan gave El Tri a bucket of cold water, after he came with high expectations after beating France by a landslide.

⚽ The jewel of @Real Madrid, it was faster than the Mexicans and it already expires #JPN to #MEX #OlimpicosTelemundo
🇯🇵 #Japan 1-0 #Mexico 🇲🇽 pic.twitter.com/4OsXK8Rpc0

In this sense, the Aztec team will have a second chance to beat Japan, with the difference that in this duel there will be a medal in between. The winner will be left with the consolation of bronze, the loser will have to settle for an Olympic diploma and see how he came very close to getting on the podium.

Mexico vs. Japan, a duel with Olympic tradition

These two teams are old acquaintances in Olympic tournaments. This will be the fourth confrontation between these two countries in which, until now, there is a Japanese supremacy. Two victories for the Japanese by a Mexican, points out the history between the two. Curiously, one of those victories for Japan gave them the bronze medal at the 1968 Mexico Olympic Games.

1968: Mexico wins bronze against Japan at the Azteca Stadium

When and where to see the duel between Mexico and Japan for the bronze medal in Tokyo 2020?

The party will be developed on Friday, August 6. The two teams will meet at Saitama Stadium 2002 Field 3, Tokyo.

The curse of Mexico: El Tri went from glory to failure in 24 hours

Neymar‘s heir: the best memes of the criminal invented by Douglas Luiz and the sad elimination of Mexico for the gold medal