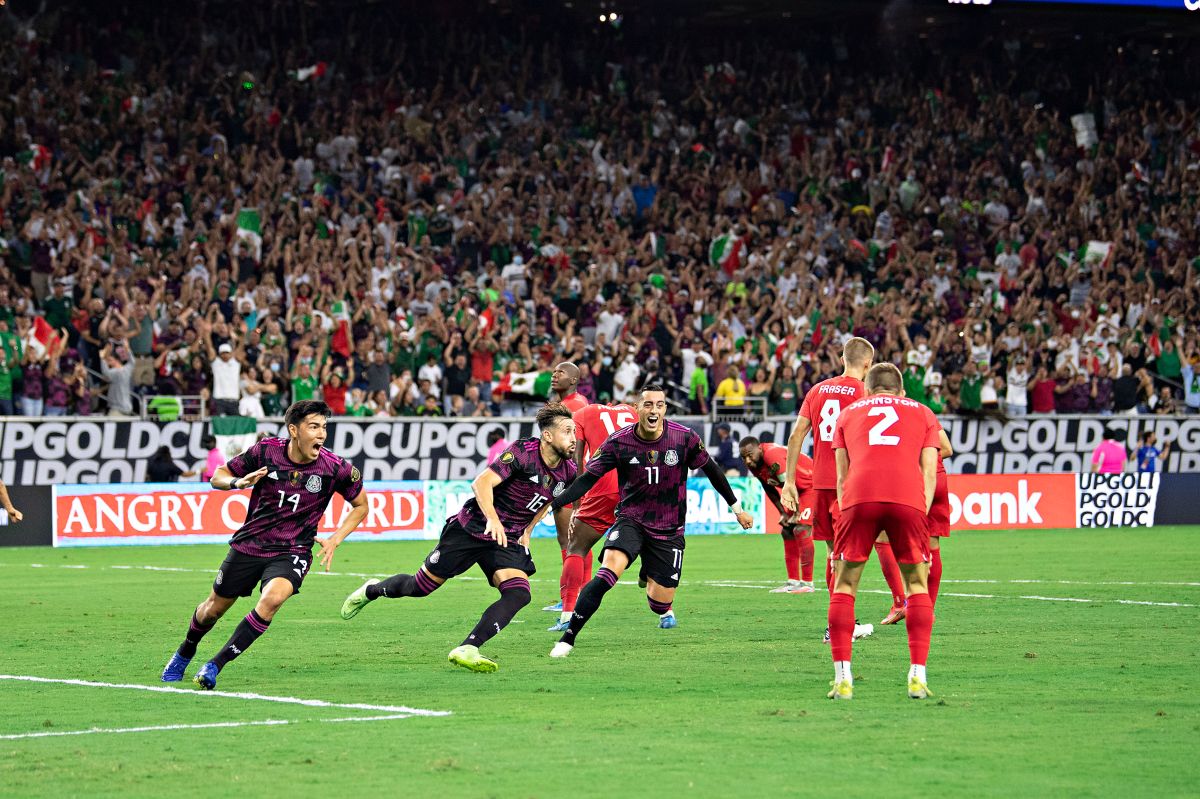 Mexico sweated and suffered until the last minute, but managed beat (2-1) Canada to get your ticket to the gold cup final 2021, who will play against United States.

With more grit, drive and heart than football, El Tri cleared their biggest hurdle in the tournament to continue their title defense. The game was never easy, especially in the second half. Justice awarded Mexico in the first 45 minutes, but it would be enough more to beat such a dangerous rival.

With a goal dedicated to Zizinho, Orbelín Pineda opened the scoring in favor of Mexico, just before the break. El Tri dominated possession (61%) and shots on goal (4) in this quarter. His victory was deserved.

Orbelín Pineda, you are crazy! What class to collect the penalty! 😍😍😍😍😍

However, the Mexican triumph would not be so simple. Canada proved to be an orderly opponent and capable of doing damage as soon as it got a chance. It was his strategy throughout the tournament, and it took effect in the second half.

Tajon Buchanan scored a great goal at minute 57 ′: he made a bicycle to Carlos Salcedo and defined crossed and powerful to prevent Alfredo Talavera’s save.

There was drama, and more after Carlos Salcedo charged a penalty very badly, which Maxime Crepeau stopped just three minutes after the equality.

Mexico decided not to give responsibility to Pineda and had a bad time. The context was extremely dangerous for those led by Gerardo “Tata” Martino. Canada was in the game until the last moment… but El Tri is El Tri, and the individual quality of the selected ones makes you pay in the blink of an eye. That made Hector Herrera.

“The Fox” He received a pass from Rodolfo Pizarro inside the area, and with a first-rate shot he was sent by the guard to the delirium of the fans at NRG Stadium in Houston.

At minute 99 ′. In extremis. With all the pressure on their shoulders, Mexico brought out the champion breed and left out a fierce Canadian team.

Herrera’s goal is to be seen more than once. He hit him with his left foot and took the Canadian goalkeeper off the foot. An annotation pearl.

After that, the meeting lasted up to six more minutes. Canada even had a corner kick with which they intensively sought equality. But Mexico resisted and will be in the final of the competition.

This Sunday, August 1, the Gold Cup title will be played: new final between Mexico and the United States.

The stars and stripes team eliminated Qatar to maintain their perfection in the contest. For its part, El Tri has four consecutive wins after the draw against Trinidad and Tobago in the debut.

Mexico and the United States last played in the final of the Concacaf Nations League, in early June. After extra time, the US team won. The revenge is served for the Aztec group.

The Gold Cup Final is ready! 👊

United States vs Mexico, for the supremacy of Concacaf … for @Univision and TUDN! 📺 pic.twitter.com/CqexejDhh7