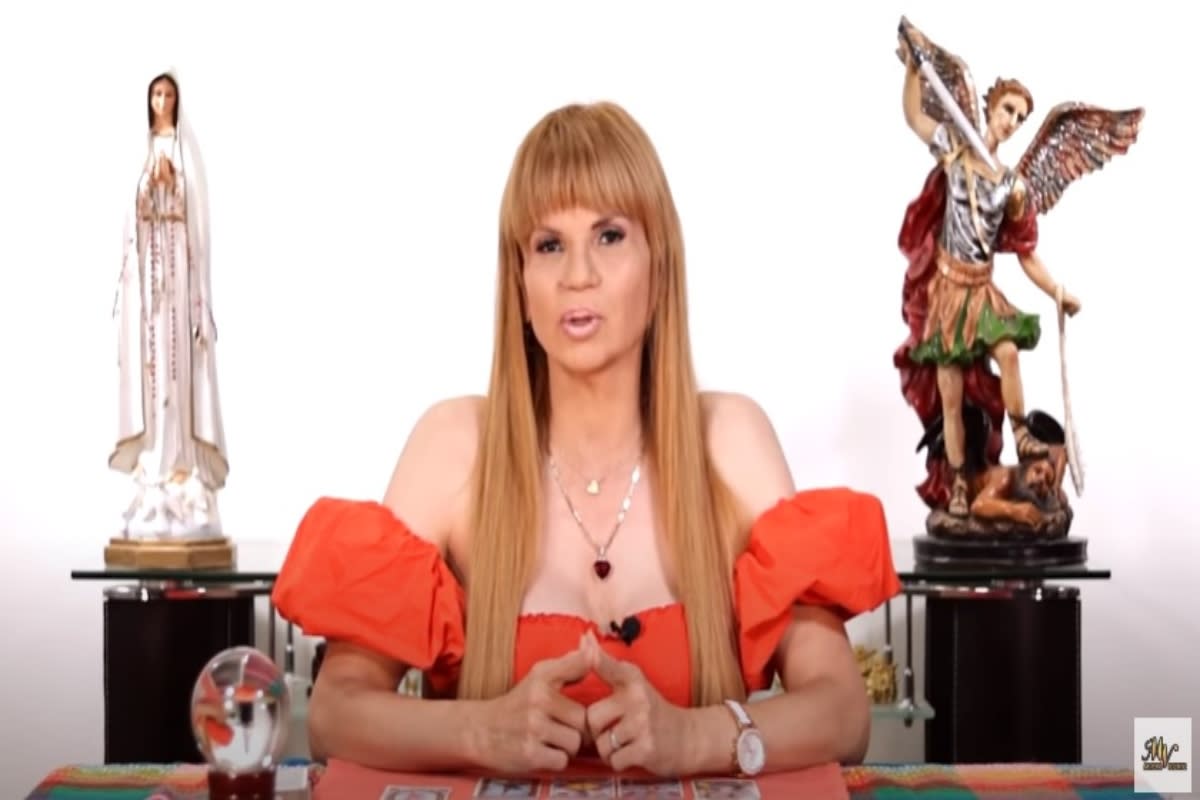 “The month of infinity.” The Cuban psychic and clairvoyant Mhoni Vidente once again surprises her followers by sharing revealing predictions for the eighth month of the year, August, in addition to anticipating that there will be a divine manifestation.

In the first place, the psychic most loved by Hispanics, with great success on social networks and countless prophecies fulfilled, commented that there will be important changes throughout the world in every way, so you have to be prepared.

Mhoni Seer anticipates that there will be a divine manifestation

According to the letter of the Archangel of Temperance, next August 13 will be one of the most important days of humanity in all history, since the Virgin of Fatima, who was presented on May 13, will not be presented that day, although something else will happen.

“They hide it so that the shepherds cannot see it and it will appear until the 19th. For its part, August 13 will be a magical day because that day there will be a conjunction of beings of light in the sky that will trigger the Virgin Mary is present in various places to usher in a new era ”(Filed under: Mhoni Seer shares revealing predictions for August).

What will happen in Mexico?

Now, the Cuban psychic and clairvoyant Mhoni Vidente pointed out that, taking into account the Hangman letter, along with the Devil’s letter, betrayals will be the order of the day in Mexico, because people of power will have to take care of themselves more than ever. .

After ensuring that people very close to AMLO are those who no longer want him in power, the seer most loved by Hispanics predicted that August will be one of the most critical months for Mexico, as well as for the president himself and his leaders.

“It will be a month that will detonate a before and after in Mexico, so you have to control negative energies, raise your prayers and move the country forward, together with the Magician’s letter. We must take care of insecurity, violence, scarcity and lack of money, in addition to the fact that there will be a third wave of very strong infections ”.

Next, Mhoni Vidente affirmed that behind the conflicts in Cuba, Nicaragua and Haiti is the president of the United States, Joe Biden, in addition to the fact that there is a plot to end the dictatorships that exist in those countries.

“President Biden and the people of power, especially in the United States, where the 3 elected and the 13 enlightened are, they no longer want those governments and they are going to start removing them, so August will be a determining month for Cuba. , Haiti and Nicaragua. They have already killed the president of Haiti, will another president follow? ”He commented.

“August will be a changeable month in the weather”

According to the letters of El Sol and El Ermitaño, August will be one of the most important months regarding the climate with fires, the sun stronger than ever and solar storm, as well as cyclones and hurricanes, one in the Atlantic category 3, almost four.

The seer most loved by Hispanics announced that, according to the Star chart, the stars themselves, the planets and the solar system come closer to the human being, or rather, the human being approaches the universe itself. Much attention to what Mhoni commented.

“The presidents of Argentina and Venezuela are afraid”: Mhoni Vidente

Almost to finish with his predictions for August, Mhoni Vidente assured that both Alberto Fernández, president of Argentina, and Nicolás Maduro, president of Venezuela, fear that their governed will rise up against them.

“People are getting tired, their power is less and less and almost no one is convinced anymore. The Devil’s letter tells me that they are doing a very strong witchcraft to the president of Venezuela and with the bones of holy people they are doing very powerful rituals so that Maduro, as well as Alberto Fernández, continue to have that power ”.

“There is a light at the end of the tunnel”

The Devil’s card is joined by the letter from The Hermit, which indicates that there is a light at the end of the tunnel in these two countries, as a hope is visualized, as well as something magical and promising in matters of radical changes in a way. total.

“On August 13 something will happen. Archangel Michael, with all his might, will dominate the demons that surround Venezuela and Argentina so that they are completely liberated and begin a better life, as well as a more democratic and more stable course ”, revealed the Cuban psychic and clairvoyant.

Mhoni Vidente and the Migration Law

The best news would be left at the end by Mhoni Seer. According to the letters from El Juicio and El Mago, the immigration law begins to take shape: “Kamala Harris and Joe Biden, along with the Upper and Lower Houses, will begin to trigger actions so that 13 million undocumented immigrants begin to fix your papers”.

“An amnesty law, what does amnesty mean? Forgive. Forgive crimes committed against immigrants, so voices are beginning to be heard in the Upper House and the Lower House, along with Kamala Harris, so that the undocumented are free and safe in a country that is not theirs.

The importance of the month of August

Finally, the Cuban psychic and clairvoyant Mhoni Vidente said that August will be a month “of beginning and end”, since it is the month of total infinity, as well as divine revelations, changes of consciousness and changes of government and hit of State.

“It is the movement of the human being to fly to the stars, to the universe itself, because other people from other constellations and from another dimension will communicate with humanity,” concluded the seer (TO SEE THE VIDEO, CLICK HERE).