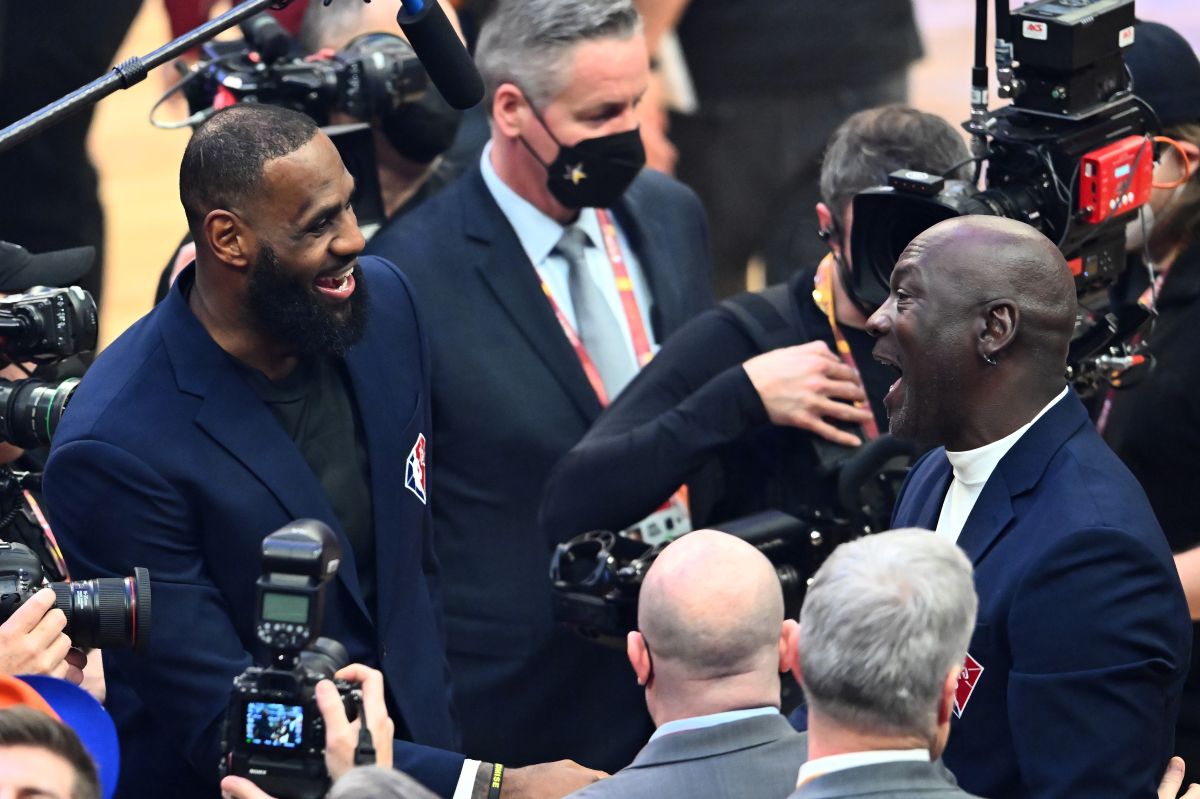 Kareem Abdul-Jabbar gave his opinion on Michael Jordan or LeBron James as the best players in NBA history during his participation in the program of Jimmy Fallon. However, and although he was not very direct, he launched phrases that gave all the fans a clear idea about what the legendary former NBA thinks.

The debate between Michael Jordan and LeBron James is something that does not seem to have an end, it is something similar to what Pelé vs. Maradona was in football and today Cristiano Ronaldo vs. Lionel Messi. But beyond this situation, speaking of basketball as such, the fans have had the joy of having Jordan’s time and LeBron’s today.

Starting this debate for many specialists is unfair if the top scorer in history, Kareem Abdul-Jabbar, is left out, a player who marked an era in the best basketball in the world with just over 38 thousand points distributed throughout his career with the Lakers and the Bucks.

in your program The Tonight ShowJimmy Fallon did not want the opportunity to ask the legendary basketball player about the greatest in the NBA and his stance between LeBron and Jordan. “I am the all-time leading scorer in the NBA and I only hit one three-point shot in my career, ”said the former basketball player in an interview with Fallon reviewed by Bola VIP.

“The GOAT committee meets in secret. So that’s something we’ll never know, but if LeBron James breaks my record next year as the NBA’s leading scorer, that will be one last record I never have to worry about again,” Kareem Abdul-Jabbar said with a laugh.

Kareem Abdul-Jabbar must enter the debate

Kareem Abdul-Jabbar and his more than 38 thousand points must undoubtedly enter the debate of the best basketball player of all timehowever those same times are the ones that have changed and perhaps make Jordan will remain in force not only as a basketball player but also as a sports brand that has influenced the entire world and who has been recognized not only as the “GOAT” of basketball but also of sports in general.

On the other hand, the validity of LeBron is still present every time he jumps on the court and destroys all the records that stand before him. The debate will remain open, what is certain is that whatever the opinion, these basketball legends will be legends and inspiration forever.

. Steph Curry’s Warriors are NBA champions again after beating a crumbling Celtics in Game 6
. Juan Toscano Anderson makes history and becomes the first Mexican to become NBA champion
. LeBron James, the boy from Akron who became the first NBA player to be a billionaire