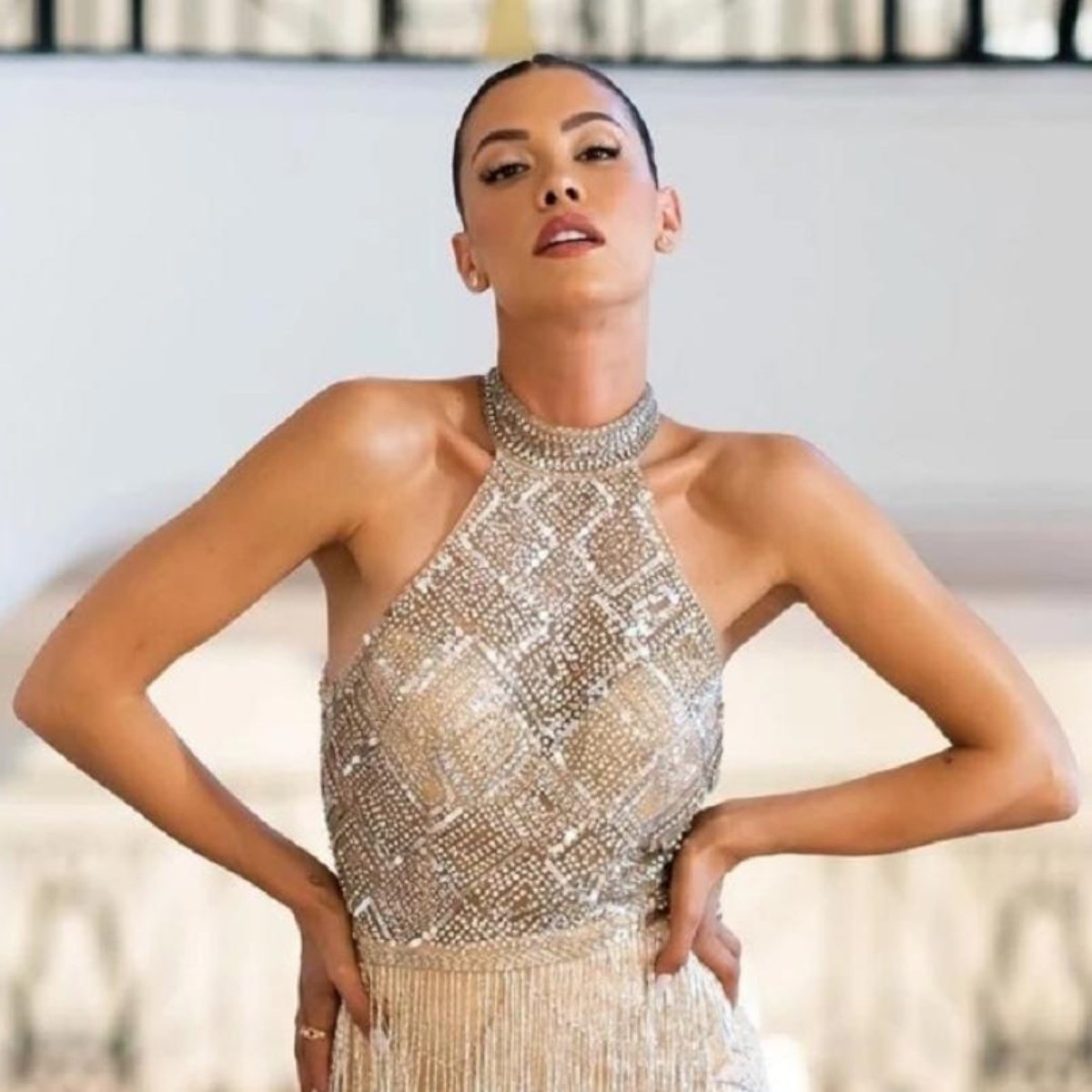 Michelle Salas is the famous eldest daughter of Luis Miguel who recently stood out on the red carpet at the Cannes Film Festival, this after last year she attended an event where her great-grandmother, the great diva Silvia Pinal, was recognized.

It seems that on this occasion the model was invited to be in a series of exclusive galas and before attending one of them, he shared details of his look, signed by the fashion house Alamour.

It was through her Instagram account that Luismi’s daughter, the beautiful Michelle Salas, who is already 32 years old, published a video in which she models a silver and white cocktail dress.

The dazzling dress of Michelle Salas

From what can be seen in the images, translucent details stand out on the front of the halter neck top and on the skirt. In addition, her back is exposed with embroidered crystals on the upper part.

That was the message written by the famous model Michelle Salas, who later published other photos of her to highlight that it was her first day at one of the most acclaimed film festivals in the world.

Rooms at the event of his grandmother Silvia Pinal

We must remember that it was last year when Michelles Salas attended as a special guest on behalf of her great-grandmother Silvia Pinal, who was paid tribute in allusion to the film Viridiana in which she starred under the direction of Luis Buñuel 61 years ago.

It should be noted that prior to her trip, the beautiful model Michelle Salas was captured with her boyfriend Danilo Díaz through the streets of Madrid, where she currently lives and works as a model, fashion and beauty influencer of maracas such as Alo Yoga, Stradivarius and Fendi.