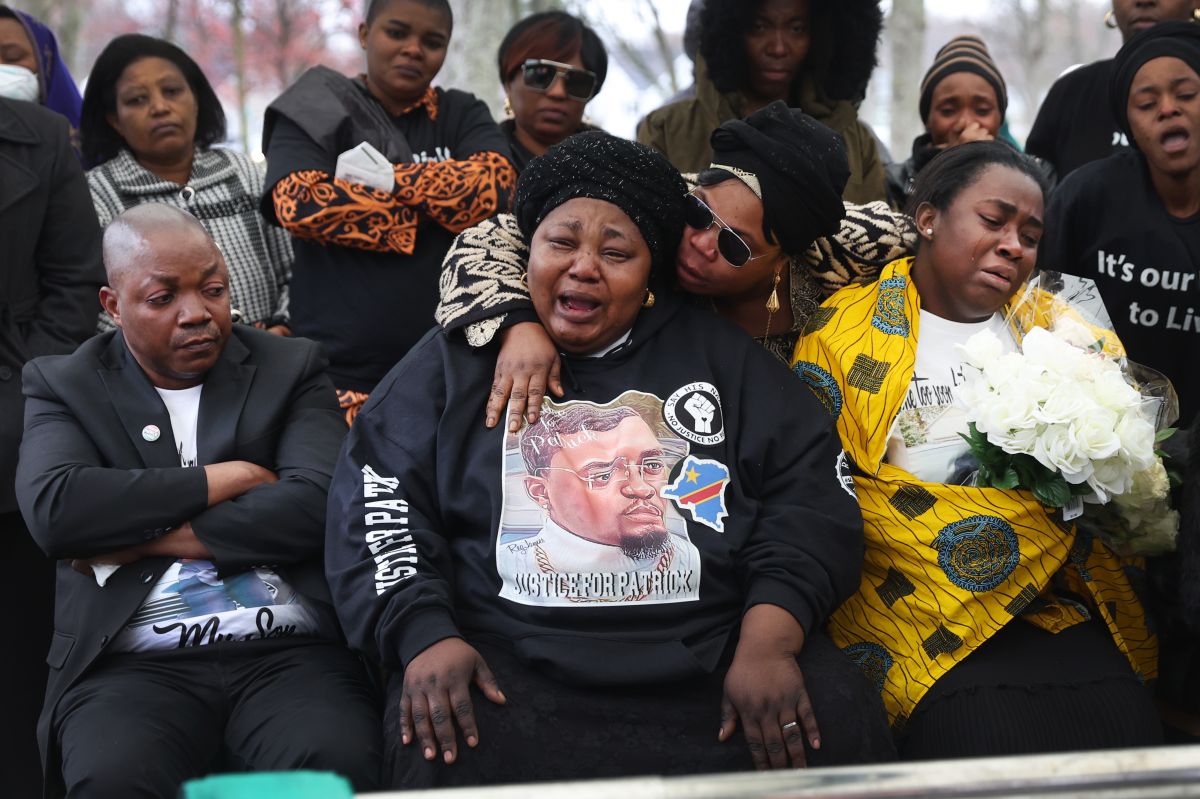 The Police have identified the Michigan officer who fatally shot a 26-year-old African-American man in the back of the head. after a traffic stop earlier this month.

Christopher Schurrwho has been a member of the Grand Rapids Police Department for seven years, was named by authorities as the officer who shot and killed Patrick Lyoya on April 4.

Grand Rapids Police Chief Eric Winstrom said in a statement Monday that he released Schurr’s name “in the interest of transparency, to reduce ongoing speculation and prevent further confusion.”

Schurr’s name had been circulating online ever since his face was seen in videos of the April 4 confrontation with Lyoya.

Lyoya’s family had asked for the officer to be publicly identified at a recent funeral.

The department’s statement comes two weeks after chilling video footage of the murder was made available to the public.

Schurr had Lyoya arrested on April 4 after he said the car’s license plate did not match the vehicle.

The video shows Lyoya getting out of the car, apparently confused, as the police officer demands his license and registration and orders him to back up in the car.

Lyoya starts to walk away as the officer tries to handcuff him.

After a brief foot chase, Schurr and Lyoya get into a fight in a front yard and fight over the officer’s taser. While on top of Lyoya, Schurr pulls the gun from her and fires a single shot into the back of Lyoya’s head, who immediately stops moving, the video shows.

A forensic pathologist who conducted an independent autopsy on Lyoya confirmed that he was shot with a gun that was to the back of his head.

Schurr has been on administrative leave since the incident while Michigan State Police investigate whether he should be charged. According to MLive, he had been with the department for seven years.

Winstrom added that the department would release more information about the shooting later this week.

The death of Lyoya, a Congolese refugee, sparked protests in Grand Rapids by activists who say it represents the latest example of police violence against black youth.