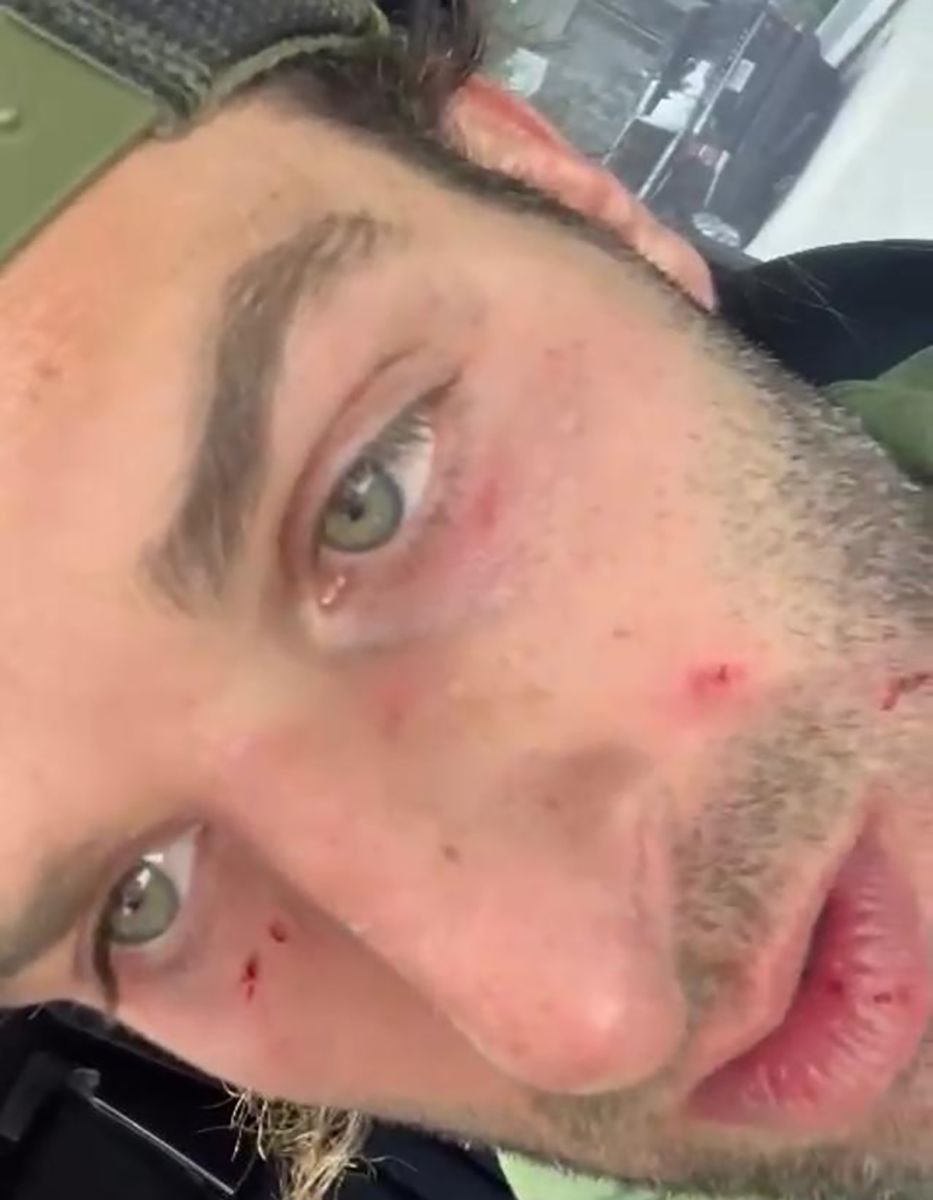 Miguel Mawad He assured that this week he would go to the Miami Civil and Family Court and he did… We exclusively have the documents of the lawsuit and the restraining order that Gaby Espino’s ex placed on Genesis Aleska, his ex-fiancée and Nicky Jam’s ex.

Almost a week after revealing that he had allegedly been victim of aggression by his ex-fiancée, Génesis Aleska Castellanos, The Venezuelan businessman made the demand effective.

As stated on the date of the documents, The lawsuit was filed this Tuesday, September 20where also The Venezuelan businessman asked the judge for a restraining order against Aleska for him, his direct family, his workplace and his closest friends.

According to what is stated in the demand request, Mawad accuses Castellanos of ‘violent date’ and ‘harassment or persecution’… In the restraining order Two specific facts stand out as proof that he feels that his life or that of his relatives is at risk.

Talk about the alleged fight they had on June 9 in a black BMW car, where, according to the lawsuit, Aleska would have acted violently causing multiple injuries to her face and body that caused visible cuts and bruises.

In this order there is also another episode, dated September 10, this time not with Aleska, but with her father, where, according to the document, she allegedly used psychological violence and verbal abuse against Mawad.

Let’s remember that Miguel Mawad and Genesis Aleska, had a relationship of almost 5 years, where they even lived together. Then they parted the Venezuelan model had an affair with Nicky Jam, and the businessman had a relationship with Gaby Espino. But a few months ago, both separated from the singer and actress and surprised not only by returning, but by getting engaged.

However, the scandal arose when Mawad surprised asking on his Instastory if prostitution was a profession or a lifestylereferring to Aleska, something that she later expanded on in a live interview on Instagram with the writer of this article.

“Beyond infidelities I discovered disloyalty, I discovered that he sold his body in exchange for money, for travel, in exchange for gifts, that is where I make the decision to endI face her, with evidence in hand, I tell her things as they are and I close the chapter, “said Miguel Mawad in that live.

Regarding the alleged act of violence that ends in a formal lawsuit, as we have shown you above, this was what Miguel Mawad said in that live.

“When I discovered her and confronted her with the evidence in her hands, she beat me up, she broke my face, I started a legal process that is almost over. and it is going to be introduced in the court of Miami Dade… He broke my nose, he broke my mouth, I’m 99% sure he was under the influence of the drugIn fact, when you see the lawsuit, they are going to do some blood tests, there are the cameras on the street where you can see her face under the influence of the drug”.

A few days later, he also shared with the writer of this article photos where you can see her injured face, and three audios that would correspond to Aleska, who would have sent it to a mutual friend where he would be confirming the attacks. Said audios and said images were attached to the case as evidence.

What does Aleska say? I have tried to interview her on several occasions and the last time she confirmed that she would, but that she would get in touch to set the time.. Until now the only statement he gave was to the presenter Carlos Adyan for ‘En Casa con Telemundo’where He read the answer to the question, denying everything and assuring that it was the reaction of someone who can’t get over the fact that he no longer wants to be with him.

What’s next in the case? Once the civil and family court takes the case, the judge must read it, summon both parties, possibly ask for more evidence and then decide whether to give rise to the lawsuit and the request for a restraining order..

At this time, both parties to this case are in the city of Miami, where, until now, they both reside.